Karma is a beautiful thing folks.

A West Virginia woman who pleaded guilty [1] Monday to defrauding the Federal Emergency Management Agency is the same woman who was fired from a county development agency in 2016 after making a racist Facebook post about then-First Lady Michelle Obama.

Pamela Taylor admitted she took more than $18,000 in flood relief benefits. She falsely registered for FEMA benefits after the June 2016 floods that killed more than 20 West Virginians and destroyed numerous homes along the Elk River and elsewhere.

Taylor’s name and residences match those of the Pamela Taylor who was suspended from her job as director of the Clay County Development Corporation after a November 2016 Facebook post in which she called Michelle Obama an “ape in heels.” 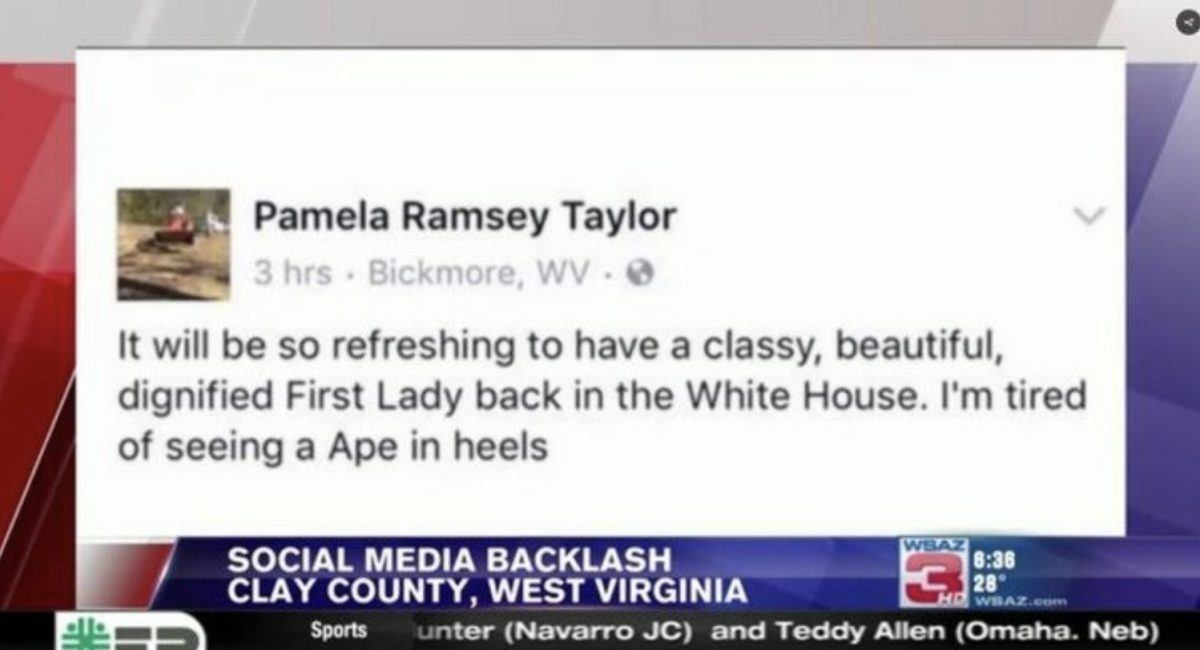 Taylor was removed from the position in December 2016 after state officials reached an agreement with the agency’s board of directors. Officials from the Bureau for Senior Services said at the time the agency was not following nonprofit law. Her Facebook post was not mentioned as a reason for her dismissal.

The U.S. Department of Homeland Security, FEMA and other agencies either could not or would not say that the woman who pleaded guilty Monday was the same woman removed from her position after the Facebook post.

Sources tell us the woman is the same Pamela Taylor, the former development director in Clay County, who made national headlines in 2016 after she made a racist post about former first lady Michelle Obama. https://t.co/7K8P3F2QRW [2]