Donald Trump hit the retweet button hard on Saturday morning. The president went on yet another retweet rampage as he re-shared 60 posts in around 45 minutes that praised him, defended him or echoed his main talking points.

Also among the retweets was the below call to abandon Twitter for the social media site PolitiChatter, which I’d never heard of until today.

Today’s early morning retweet-storm echoes that of last Saturday, when Trump retweeted dozens of firefighter accounts, including one that instantly changed its username to “Fuck Trump.” 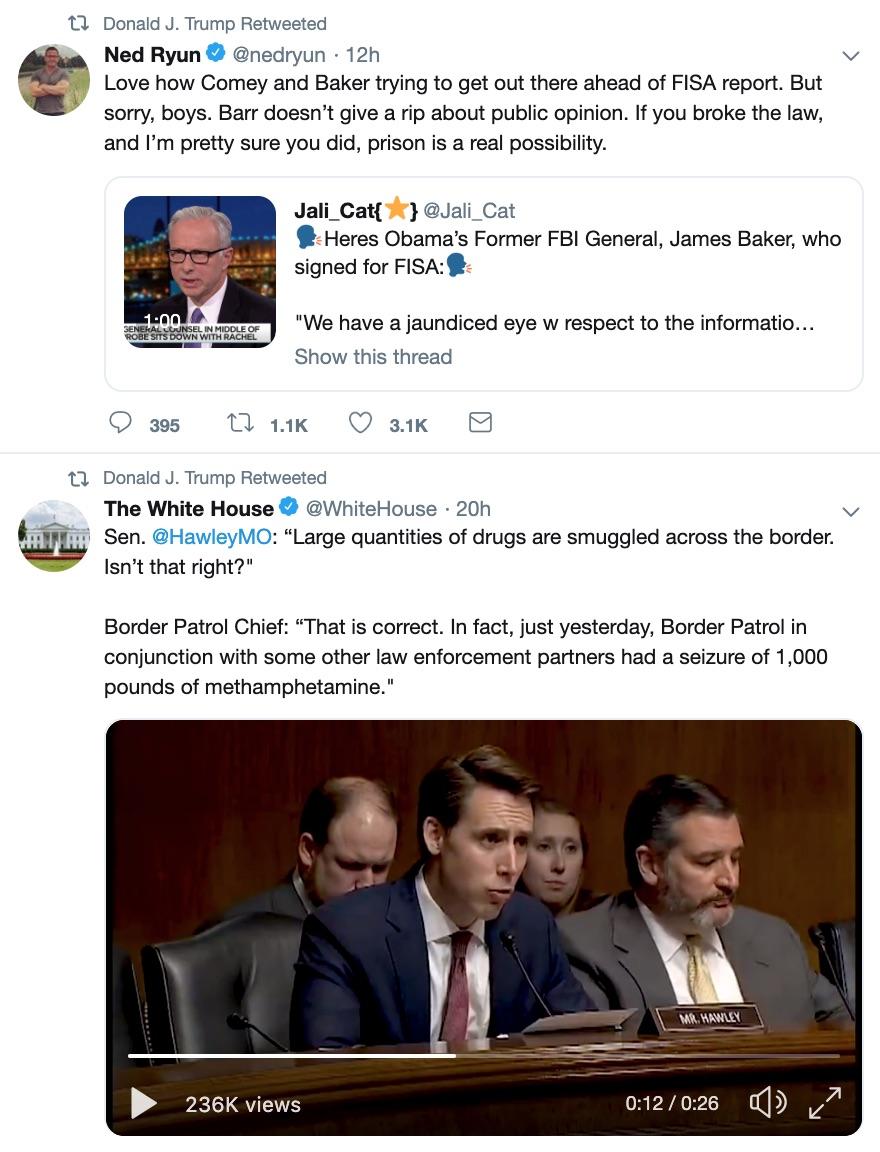 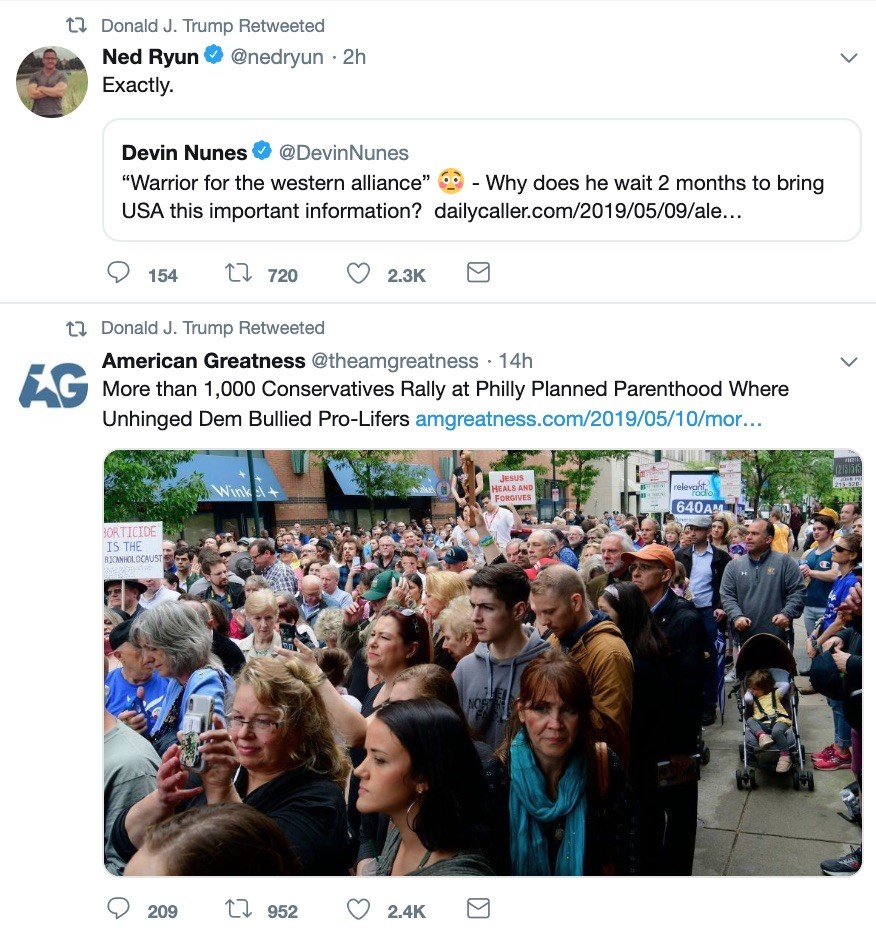 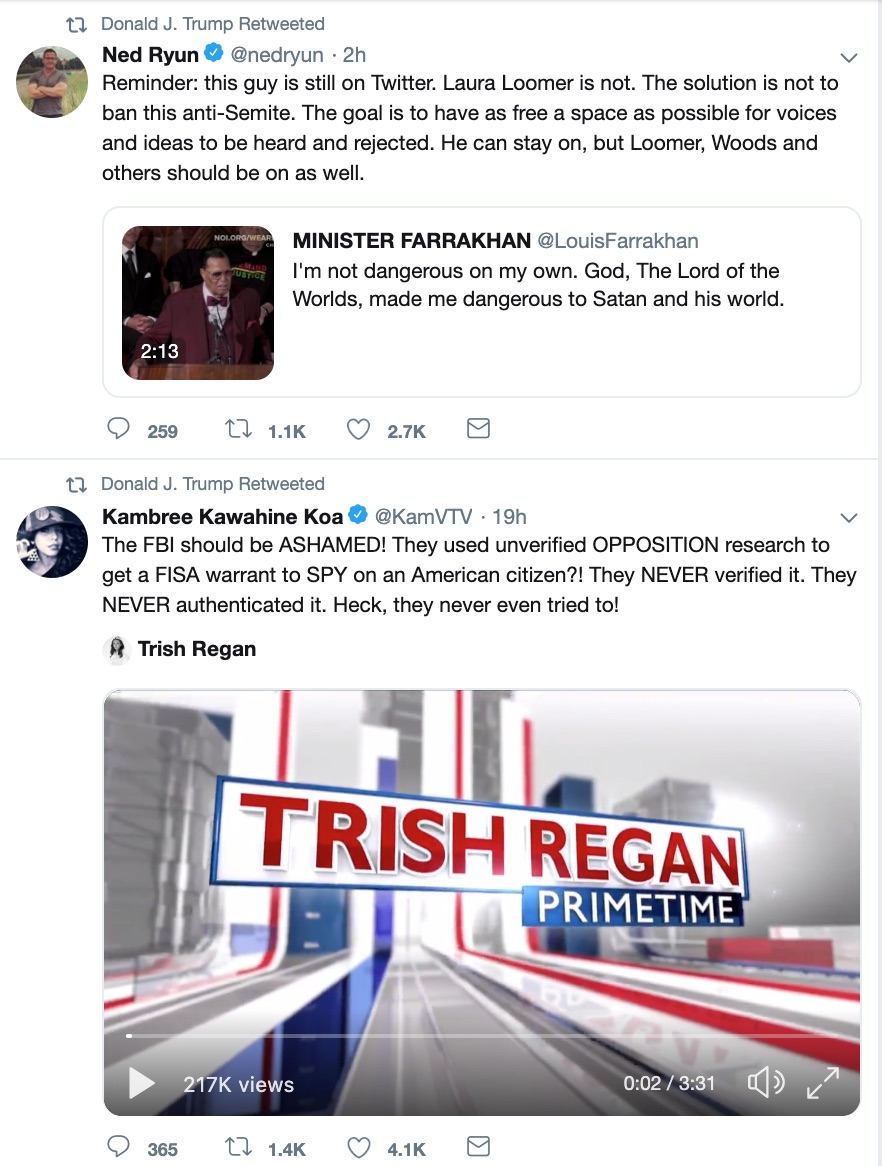 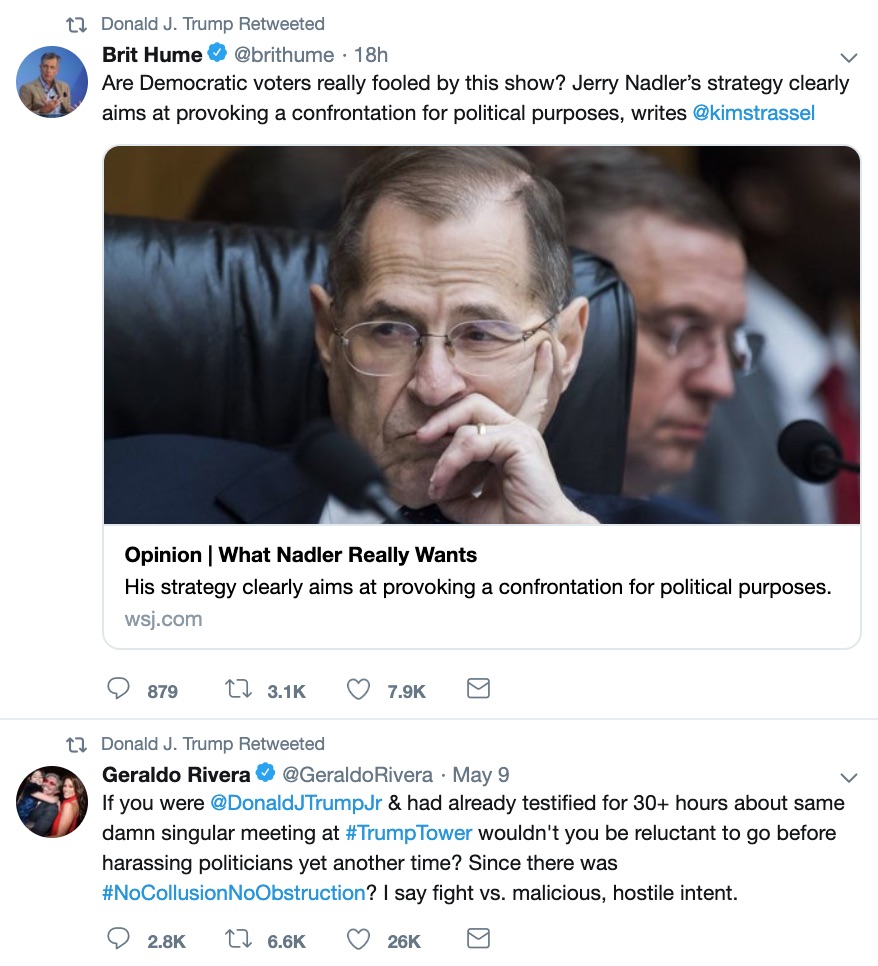 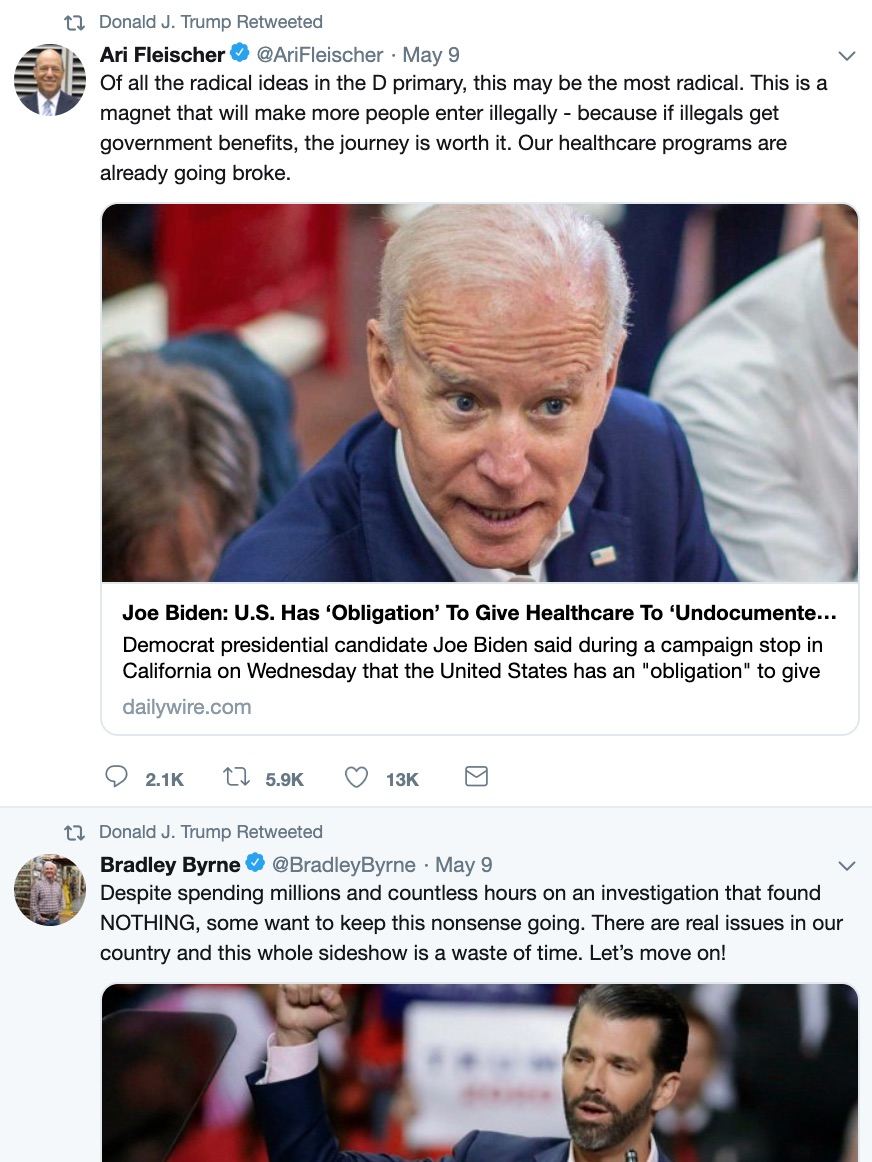 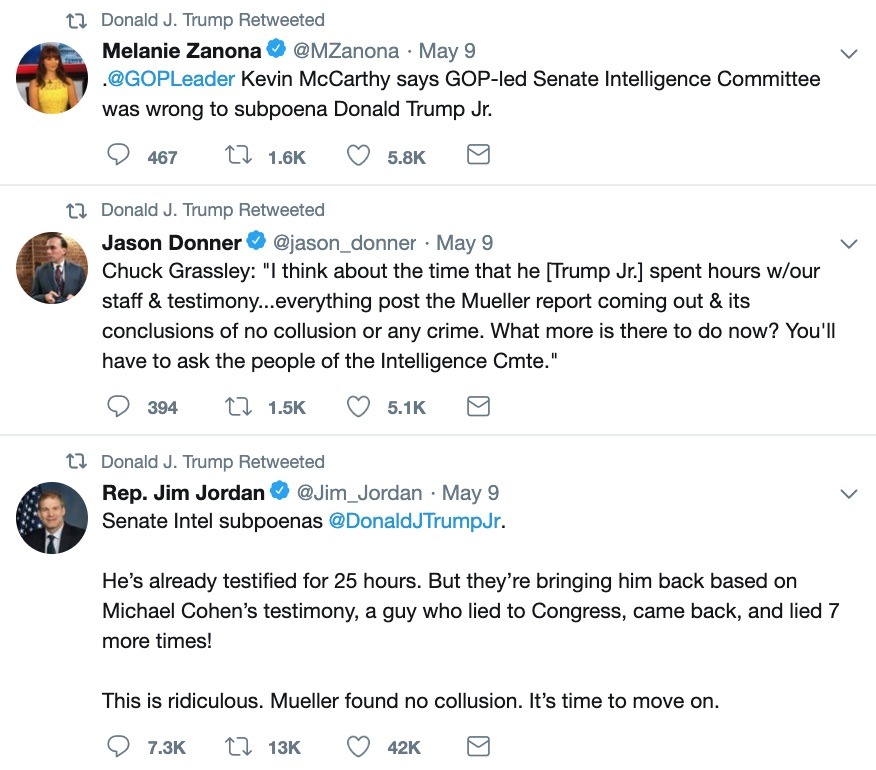 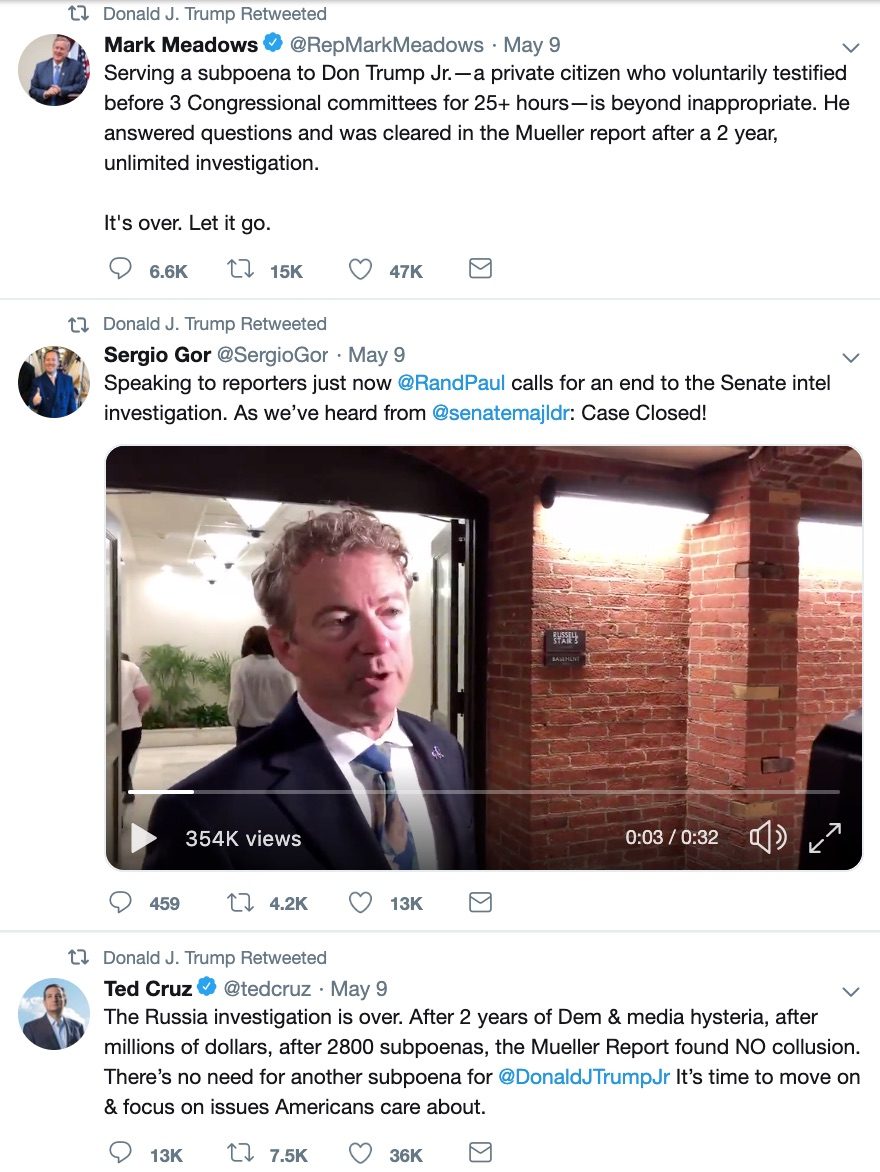 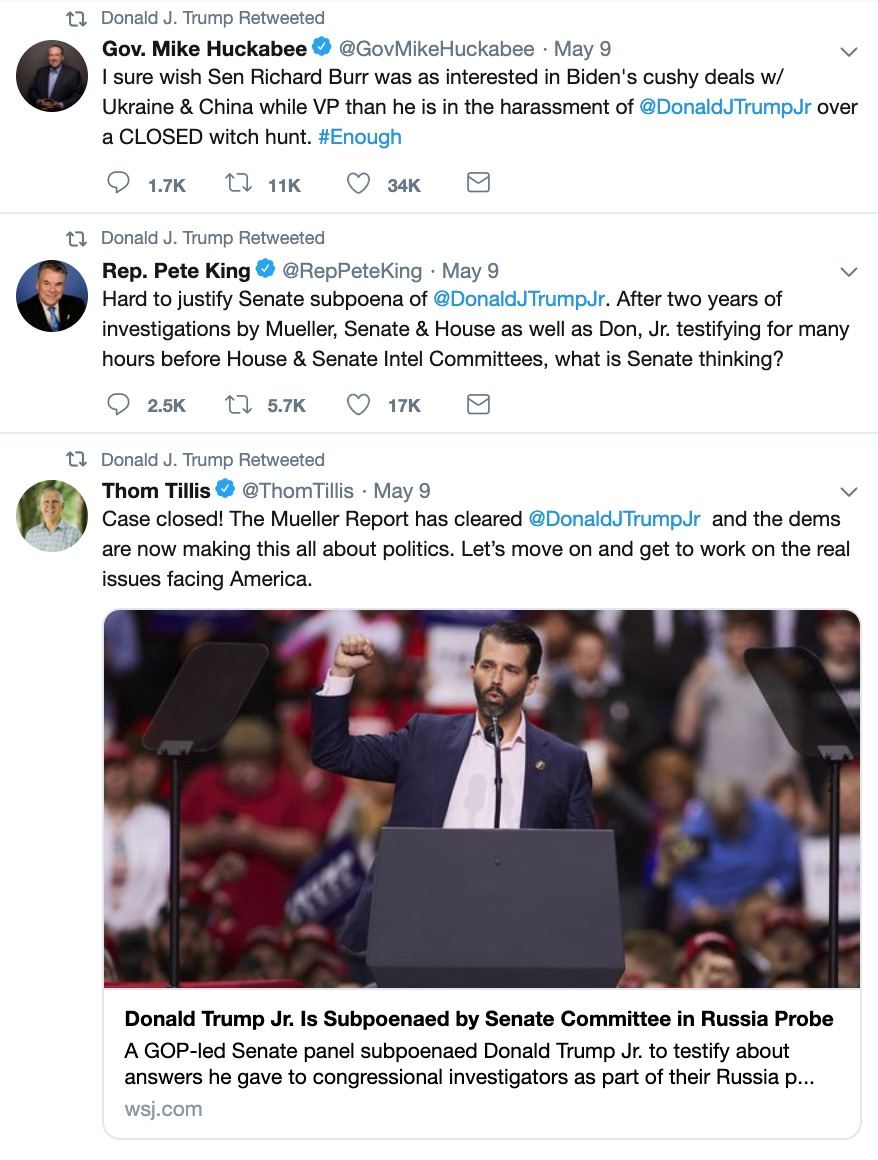 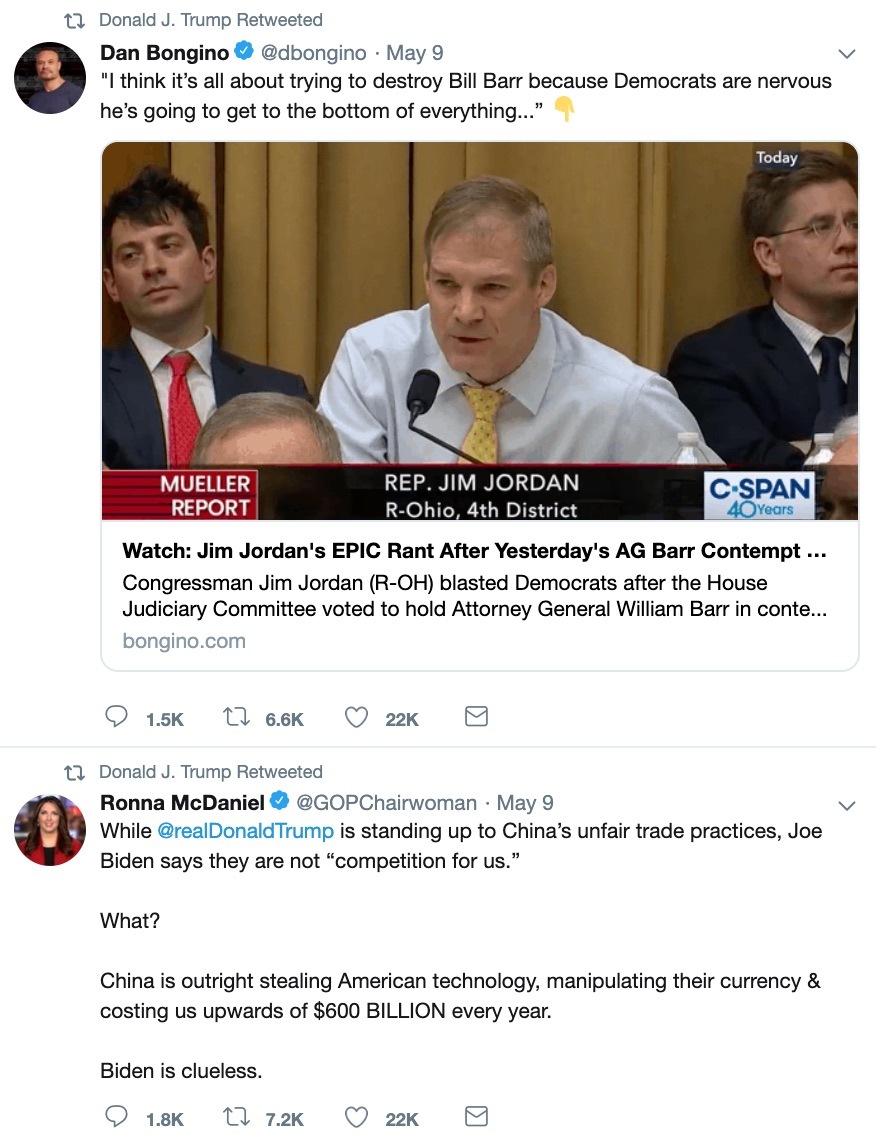 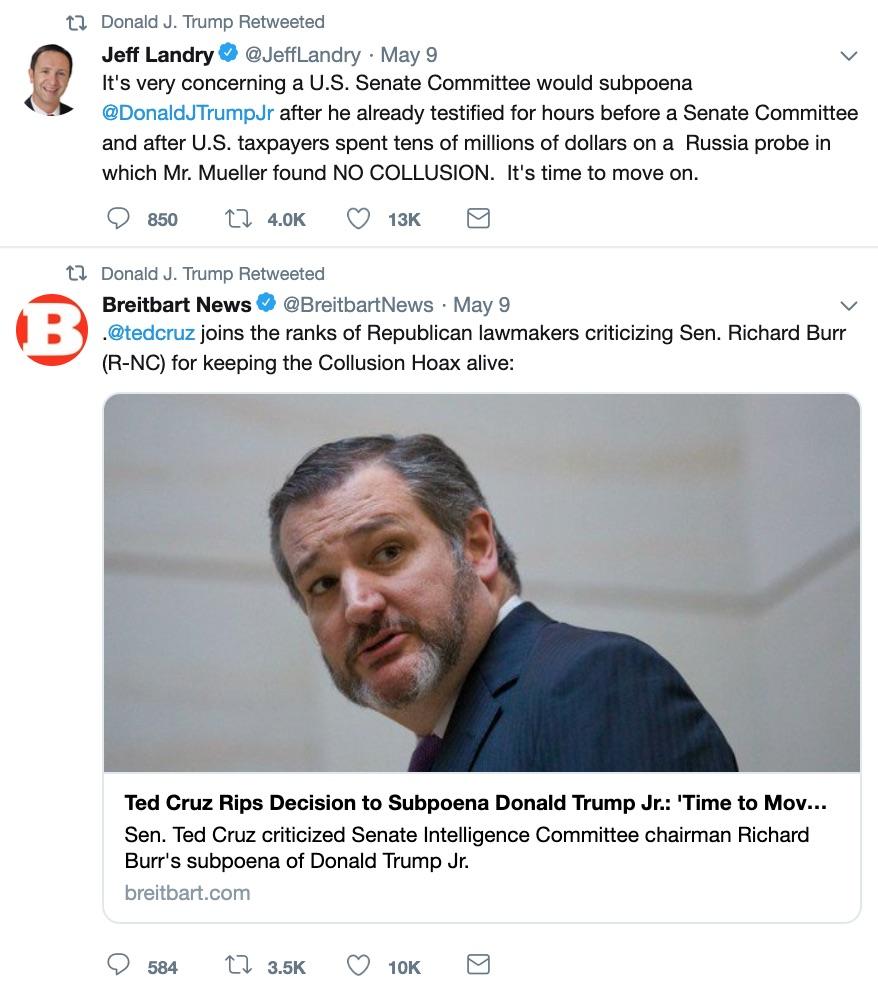 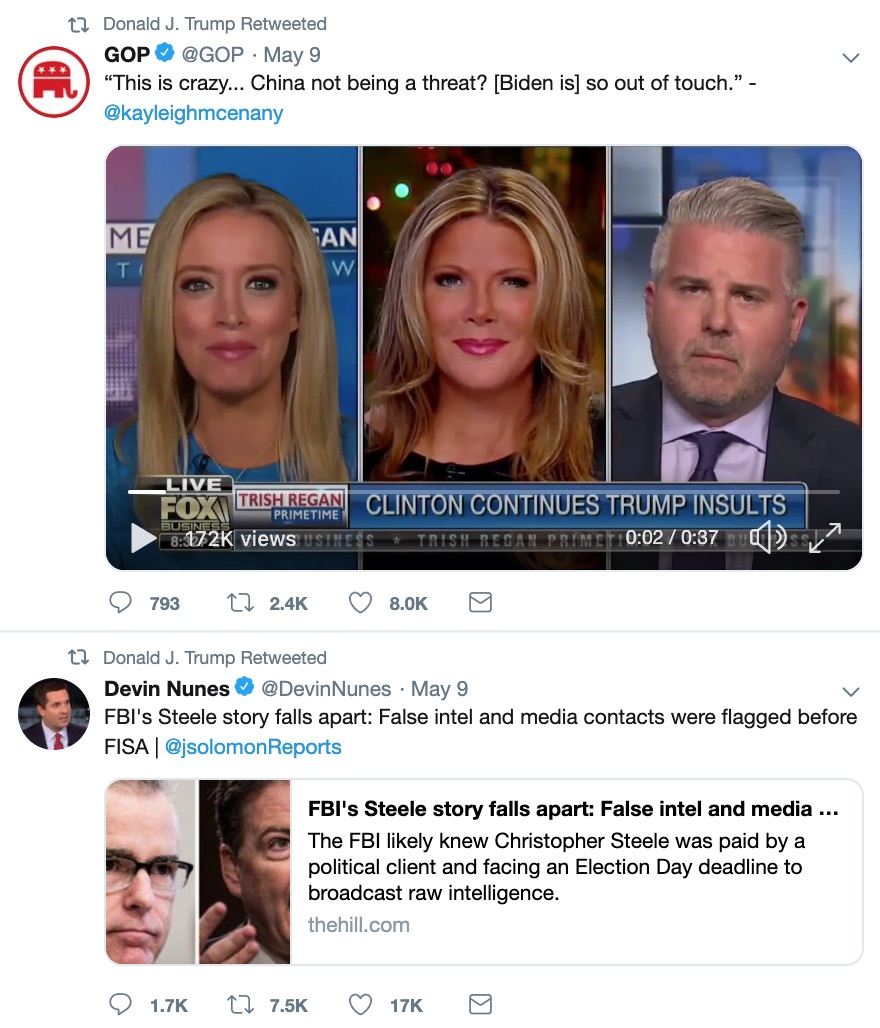 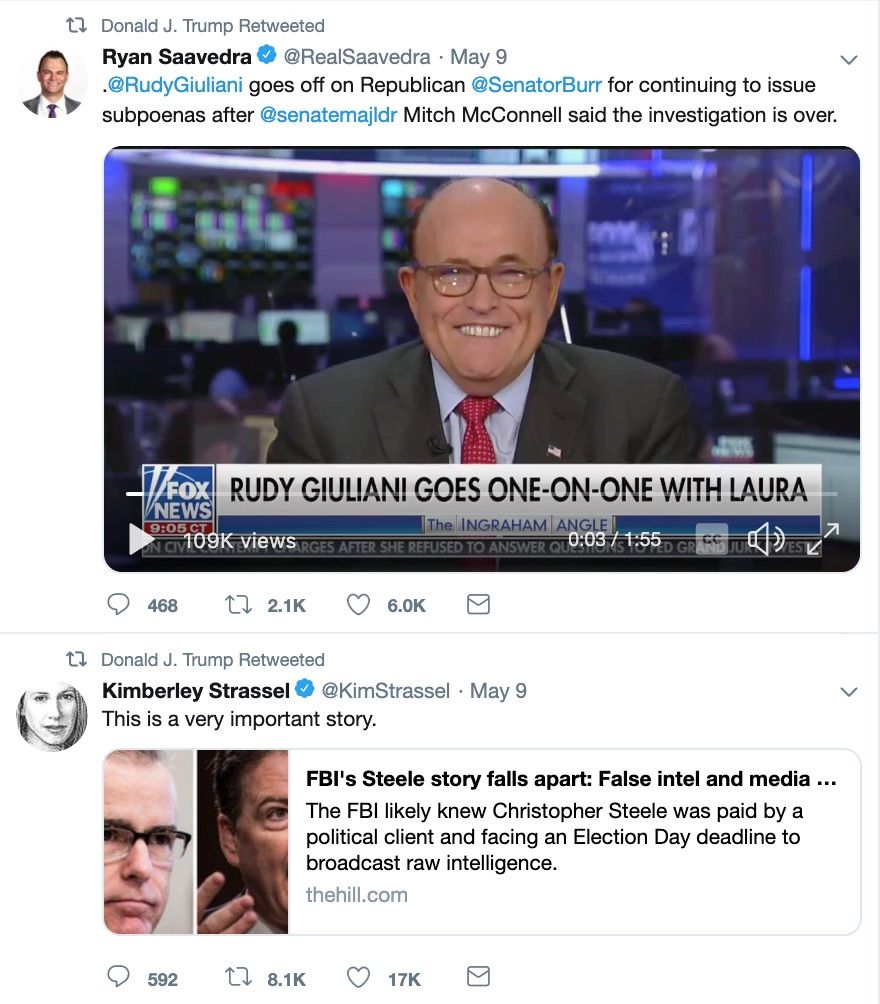 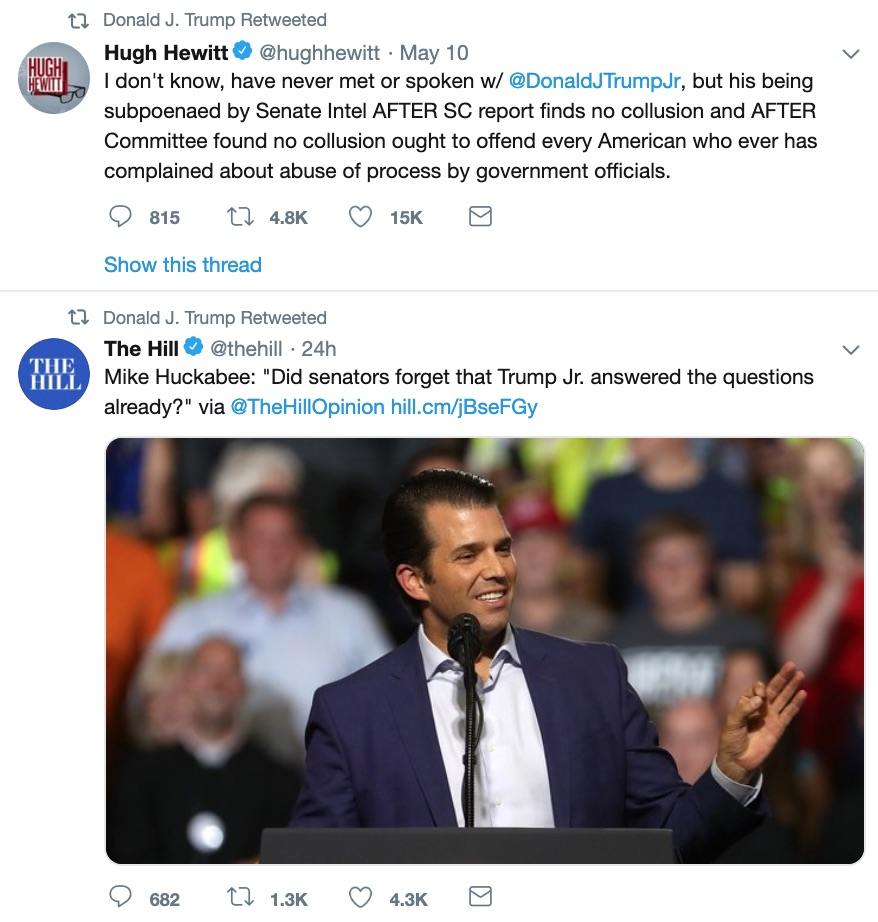 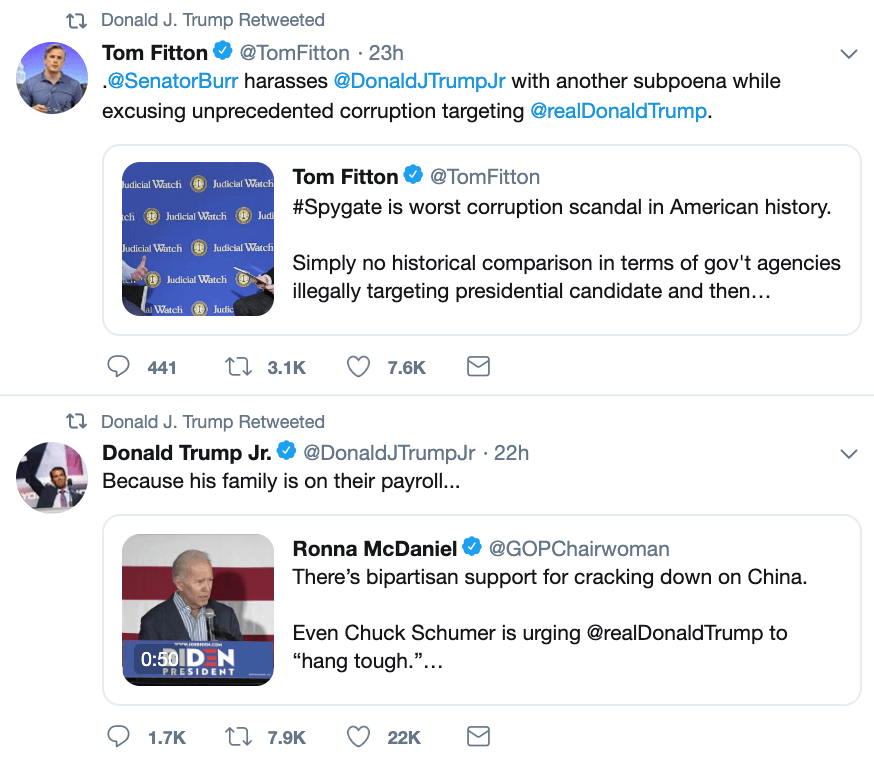 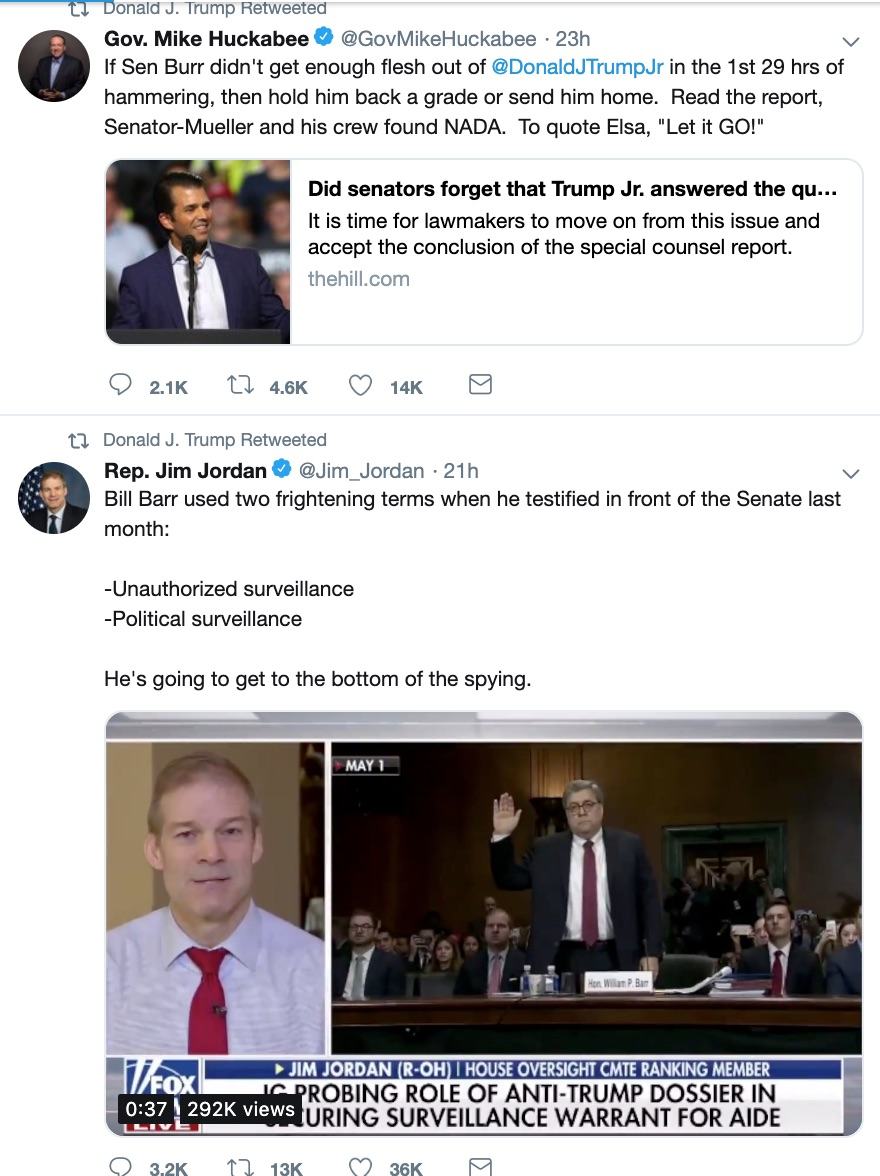 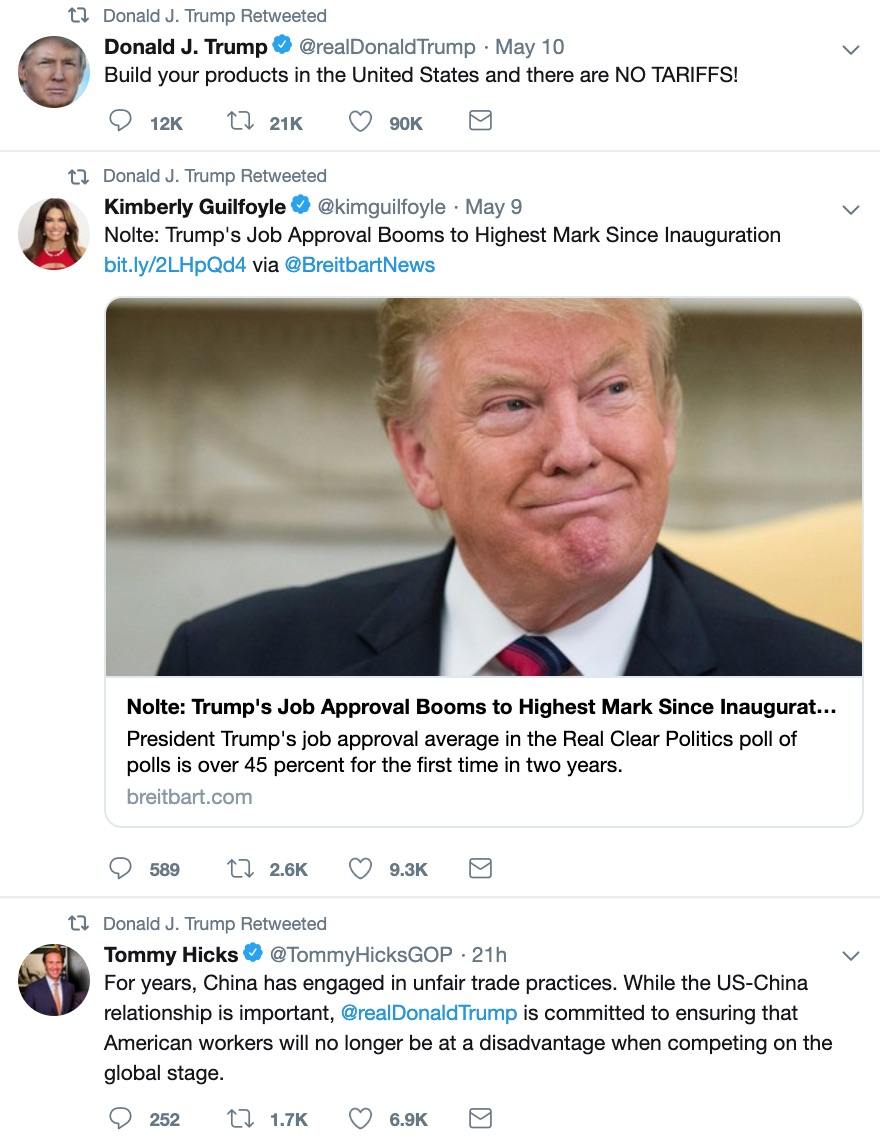 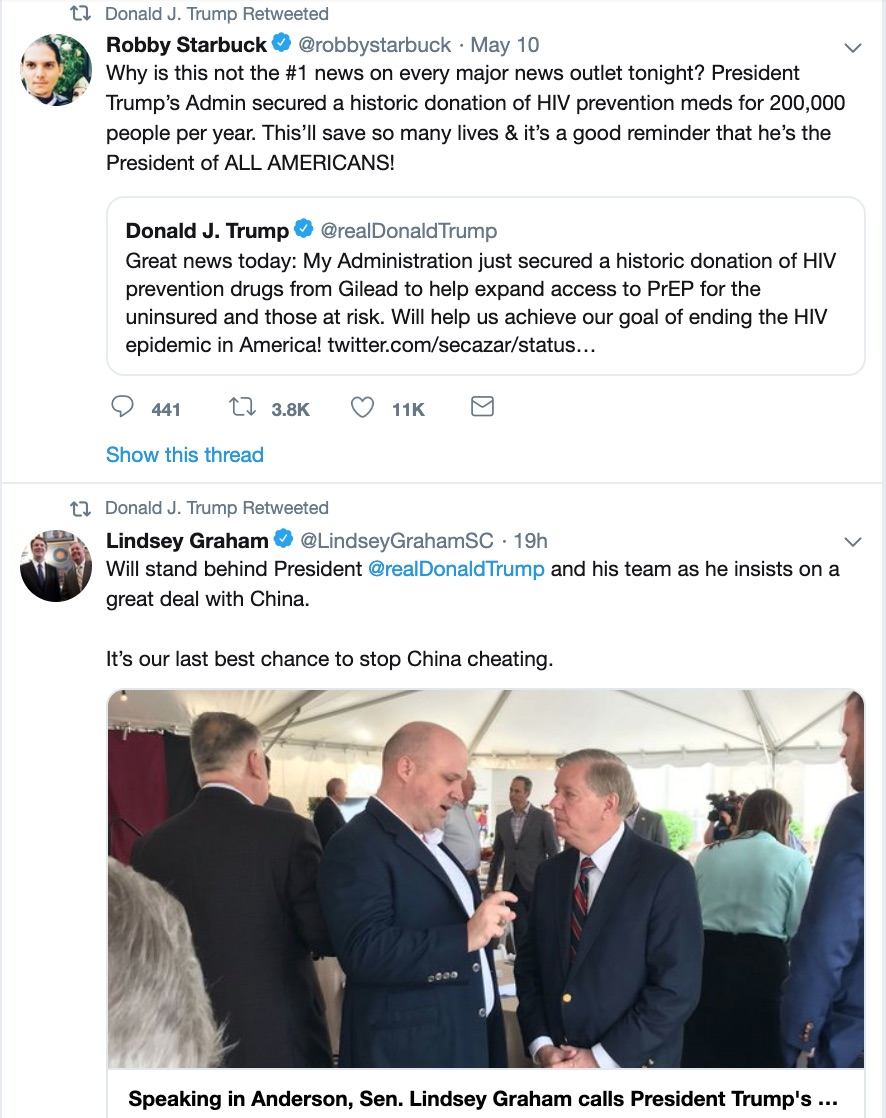 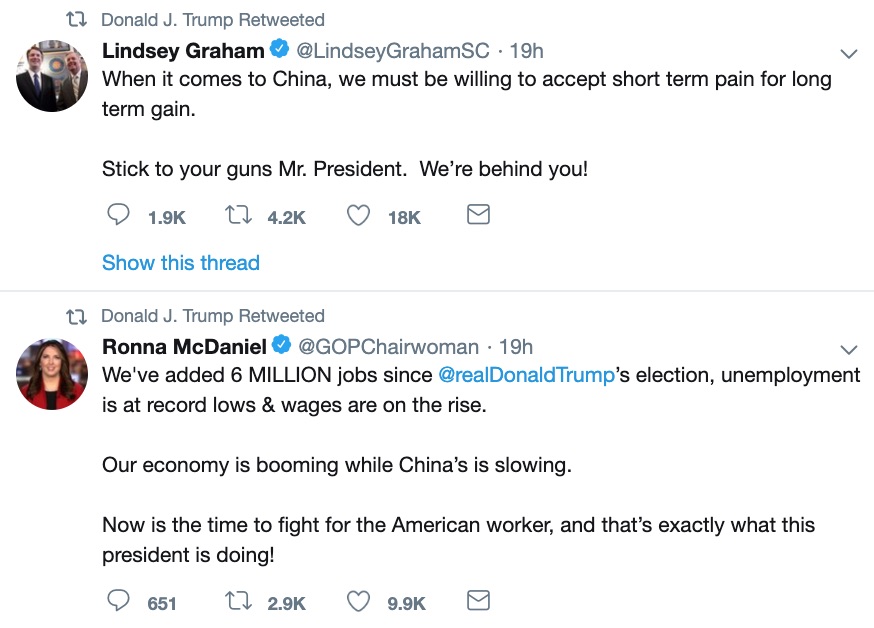 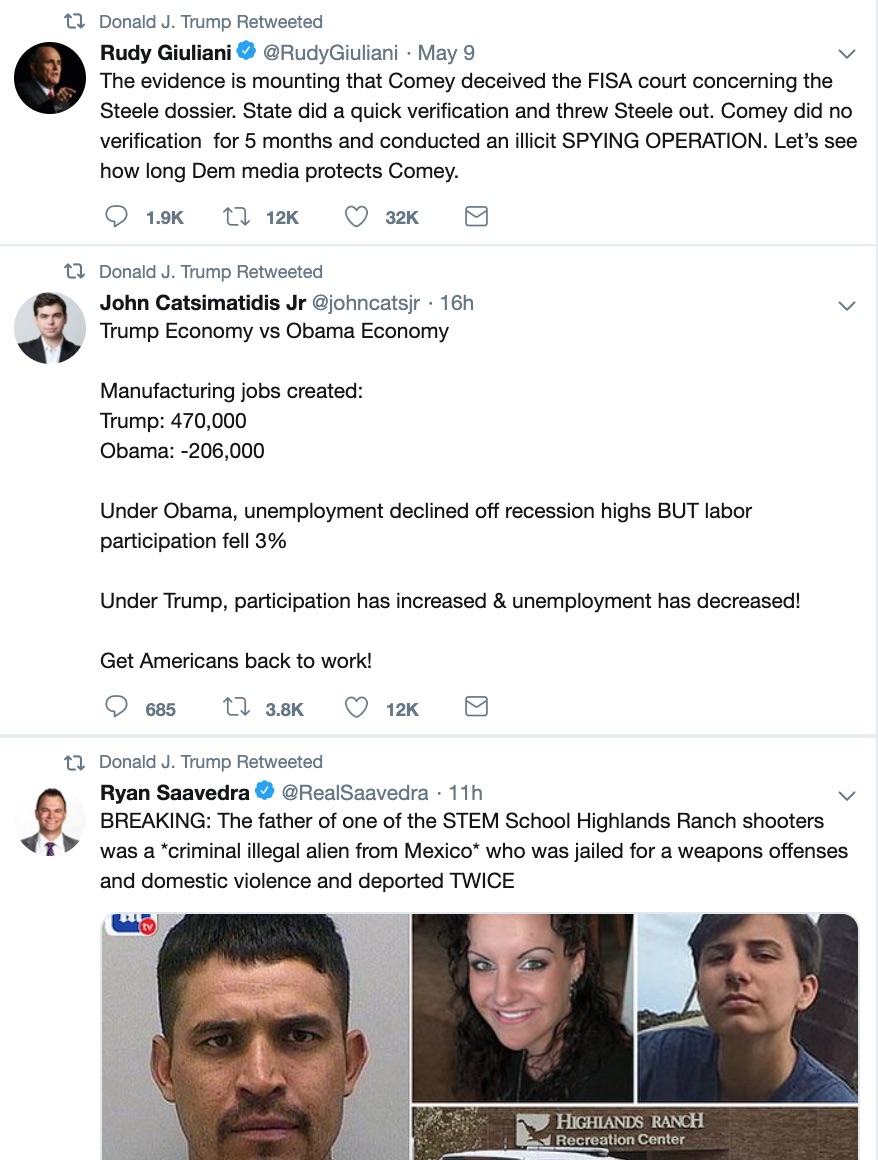 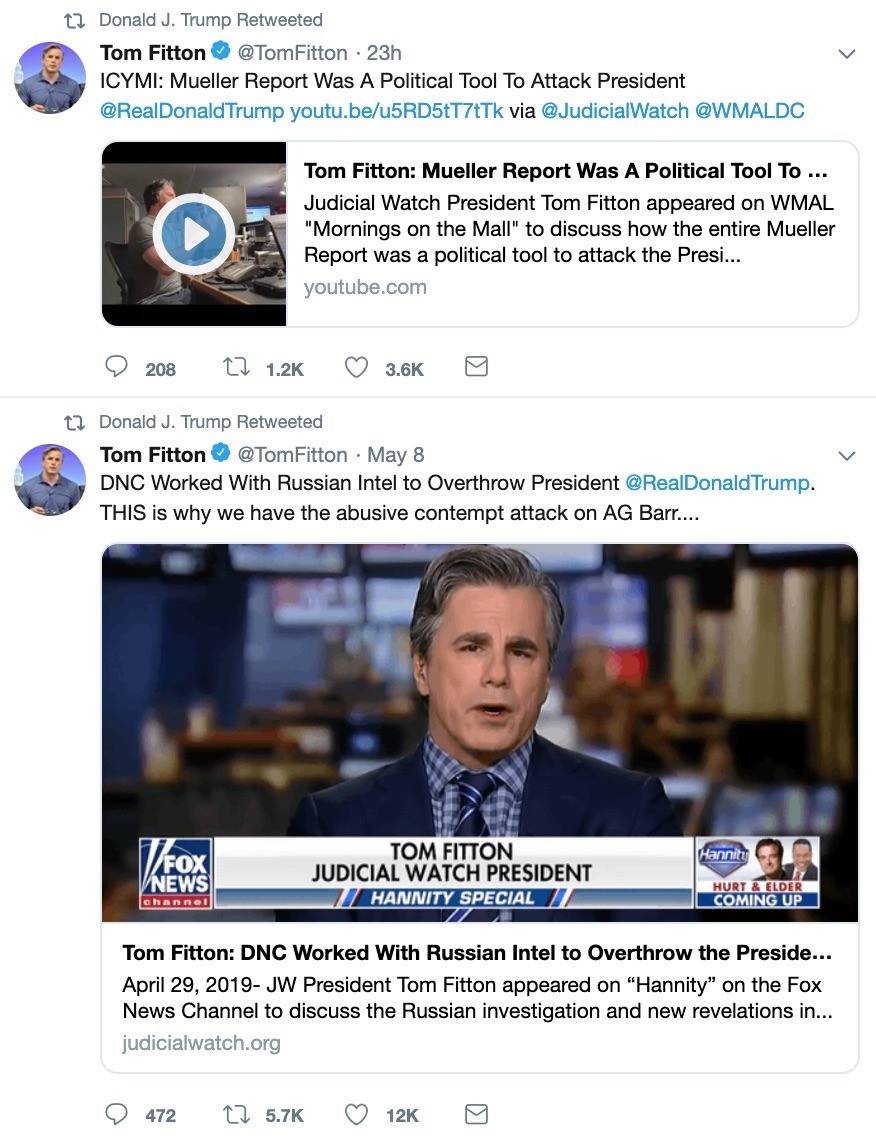 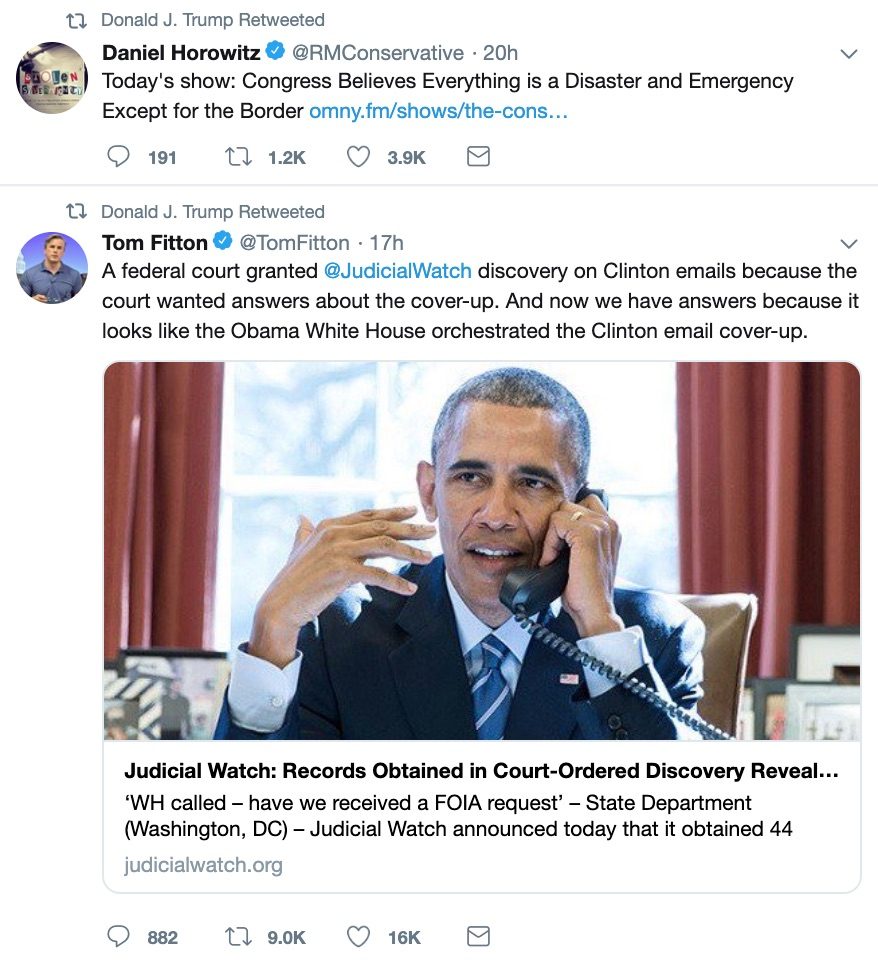 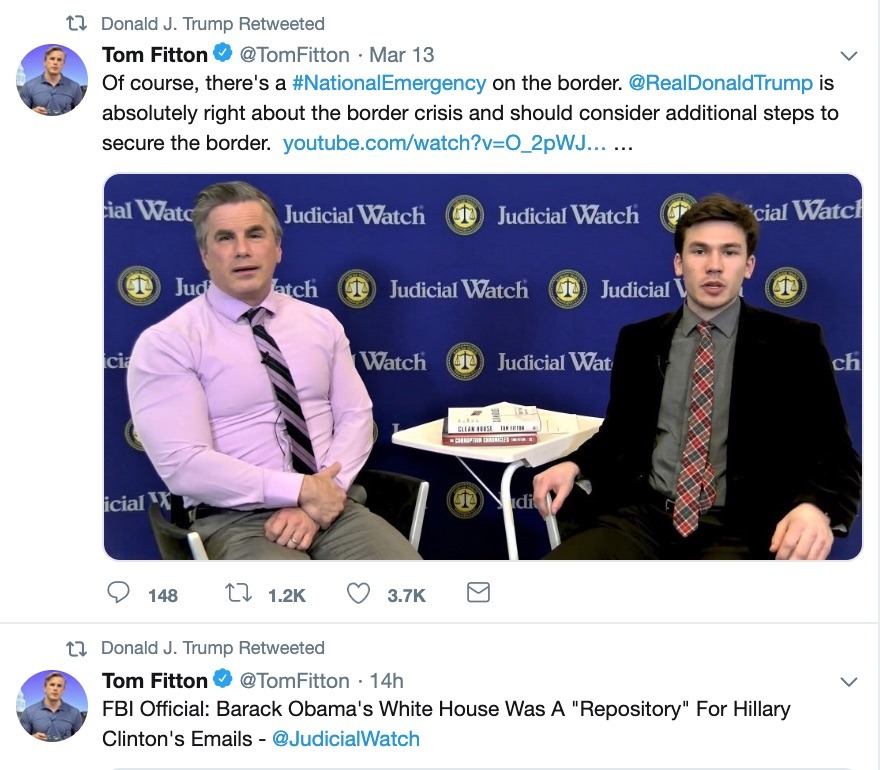 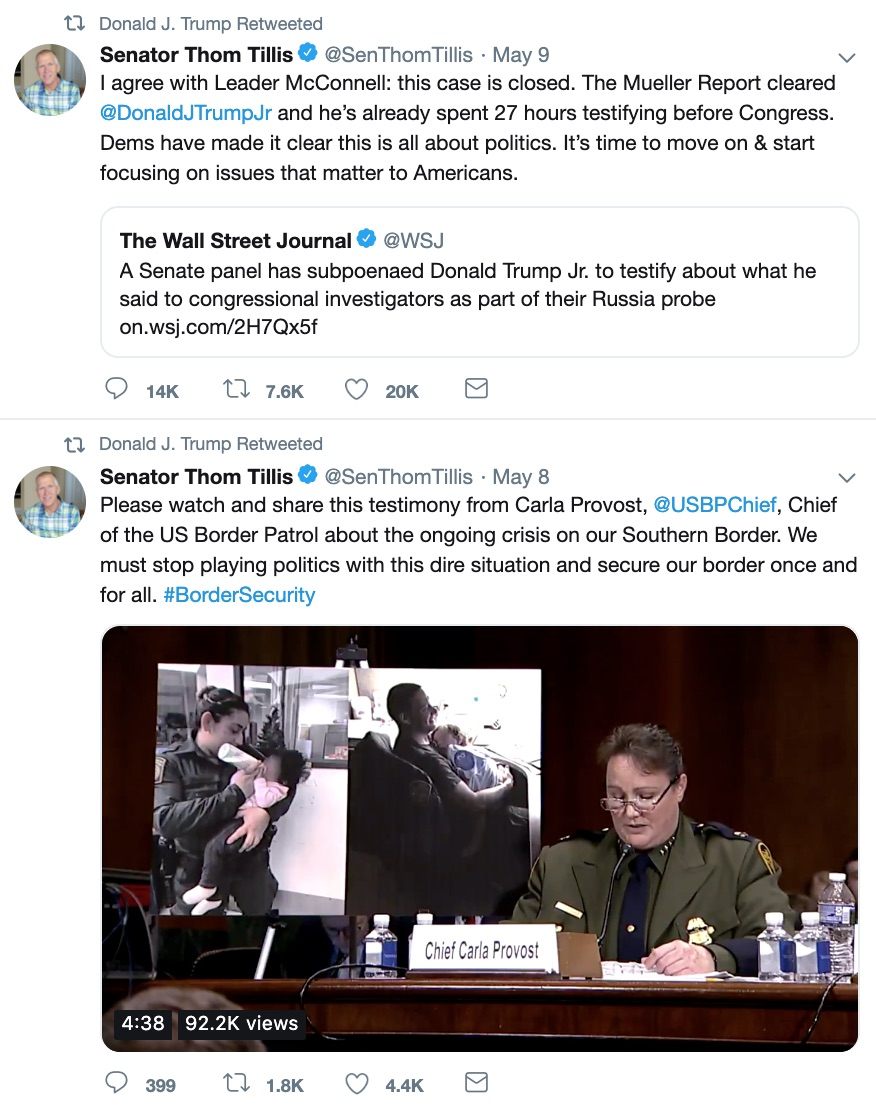 Trump followed all of this up with a tweet on tariffs:

“Such an easy way to avoid Tariffs? Make or produce your goods and products in the good old USA. It’s very simple!” Trump said Saturday on Twitter.

Such an easy way to avoid Tariffs? Make or produce your goods and products in the good old USA. It’s very simple!

Trump raised tariffs on $200 billion worth of Chinese imports on Friday, as the world’s two largest economies were on the brink of a trade deal.

Trump warned he could soon impose 25% tariffs on all remaining Chinese imports.

The U.S. trade representative said Friday night Trump “ordered us to begin the process of raising tariffs on essentially all remaining imports from China, which are valued at approximately $300 billion.”

China has threatened to retaliate with its own “countermeasures,” likely targeting U.S. agriculture.