According to the new book Siege: Trump Under Fire by Michael Wolff, Donald Trump seems to have a fetish about height, and once complained that his son Barron was taller than him.

Trump had a “fetish” about being the tallest person in the room and when Barron hit 12 and had a growth spurt, he said: “How do I stunt his growth?”

Wolff claims that Trump responded to the perceived challenge from his son with “hostility” and “went out of his way” to avoid him.

He wasn’t the only Trump child to get such treatment; Don Jr would be “singled out for ridicule” and Trump would fail to acknowledge his son Eric when they were together, Wolff claims.

Tiffany, Trump’s daughter with Marla Maples, went “unmentioned” but the president would always greet Ivanka, his favorite, with “hey baby”.

Wolff also claims that Trump’s marriage is no more than a business arrangement – for Melania’s part she lived a “separate life” protecting Barron from the “ill wind” his father brought.

When Melania was taken to Walter Reed Medical Center in May last year there was no explanation for 24 hours, which sparked panic in the West Wing.

When asked by his then chief of staff John Kelly what was going on, Trump told him: “Nobody cares except the media”, adding: “She’s the First Lady, not the president.”

For her part, Wolff claims, Melania has felt deeply uncomfortable in the White House and repeatedly told friends that “we don’t belong here” as she preferred the comforts of Trump Tower.

The author also says that Melania frequently spoke her native Slovenian around Barron as a way of keeping them apart from his father. 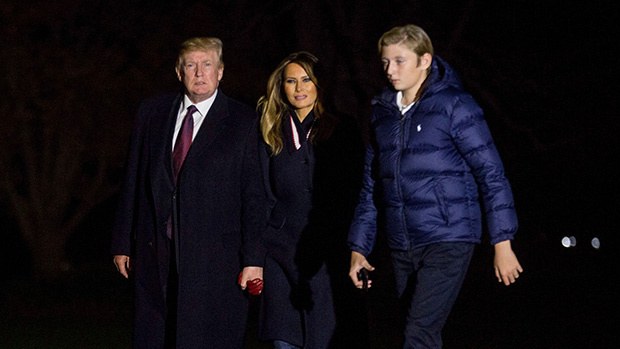