A protester who tried to disrupt Donald Trump during a campaign rally was detained by the Secret Service on Wednesday night.

The protester screamed and waved signs showing a photo of Trump with Jeffrey Epstein and the words “child rapist” at the rally in Greenville, North Carolina.

Epstein is the financier accused of sexually abusing young girls, who was at one time in Trump’s social circle.

“He goes home now to mommy and he gets reprimanded, and that’s the end,” Trump joked after the brief disruption. “Sorry mom, didn’t mean to embarrass you mom,” Trump imagined the protester explaining.

And it appears Trump was very shaken up by the sign:

During hate rally, Trump shaken by protestor with Epstein poster. Takes 2 minutes to recover. His facial expressions says it all. https://t.co/bvb84j0eU6 [1] #TrumpEpstein [2] pic.twitter.com/drxZurHuxh [3] 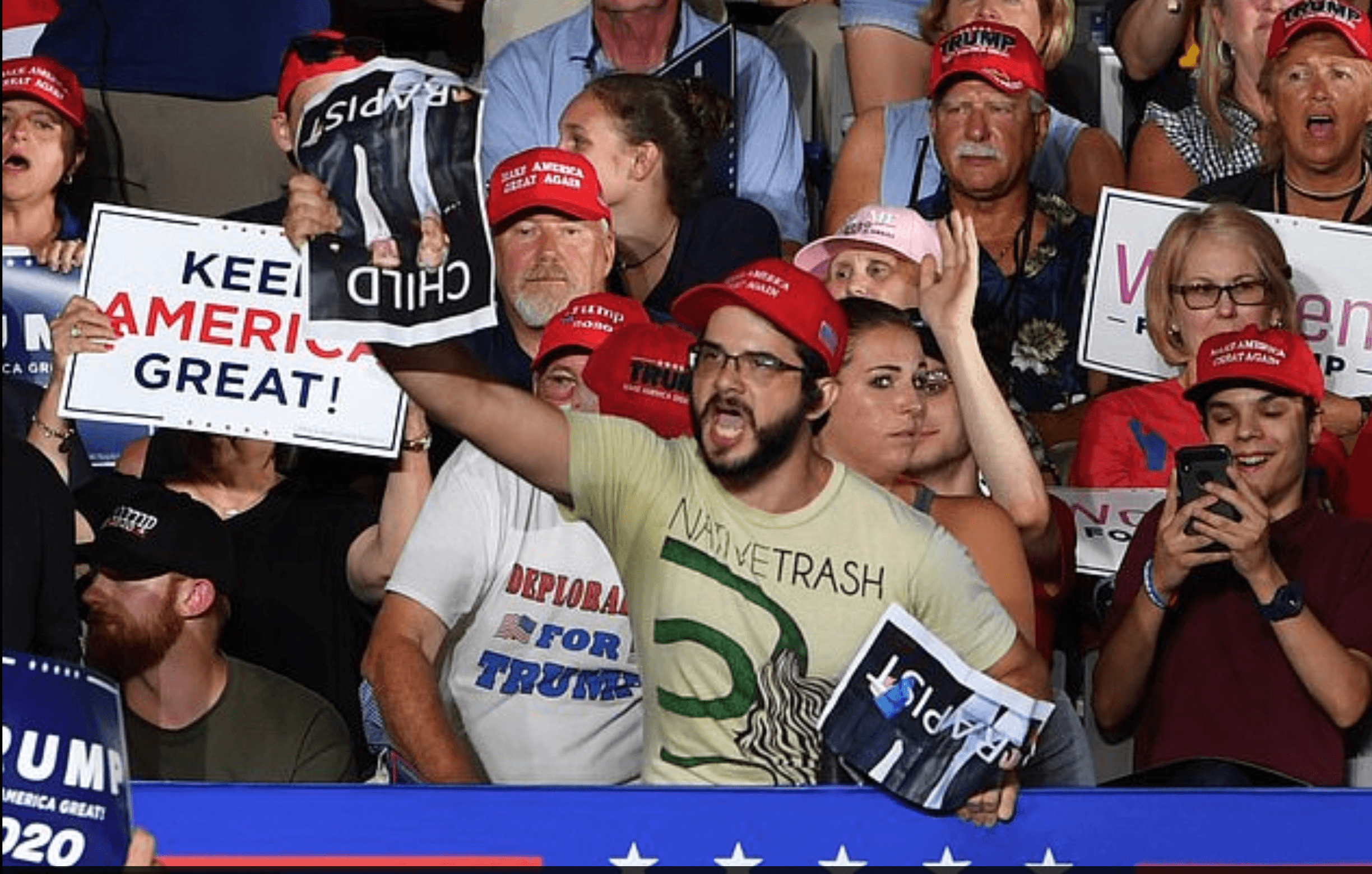 The crowd booed as the man, disguised in a Trump hat, screamed and waved the signs as Trump launched into an attack on Rep. Ilhan Omar and the other members of the so-called “squad” of freshman Democrat Congresswomen.

Agents quickly tackled and handcuffed the man, prompting cheers from the crowd and chants of “USA, USA.”

The man, who has not been identified, was wearing the T-shirt of a now-defunct Charlotte band called Native Trash.

Trump mentions Ilhan Omar, and the loudest boos of the night break out. Trump's speech is then interrupted by a protester.

"He goes home now to mommy and he gets reprimanded and that's the end. 'Sorry mommy. Sorry mom. Didn't mean to embarrass you, mom,'" Trump says. pic.twitter.com/ZIN826Oi59 [5]