Ivanka Trump pulled out all the stops for her trip to Rome to attend the wedding of fashion designer Misha Nonoo this weekend.

For the wedding itself, Trump opted for a champagne-hued gown with matching sheer cape by Galia Lahav, styling her new bob in Old Hollywood-style waves.

But the weekend getaway also offered the excuse to trot out some eye-catching designer fashions, including a tinsely, metallic ombré Bob Mackie number straight out of her mom’s closet.

As White House Fashion notes, the sequin cocktail dress worn by the senior White House adviser during her Roman holiday belongs to Ivana Trump, the president’s first wife, who first showed off the custom design in 1991. Her daughter previously borrowed (or inherited) the high-necked Mackie in 2014, but passed on recreating her mom’s iconic ‘90s beehive. 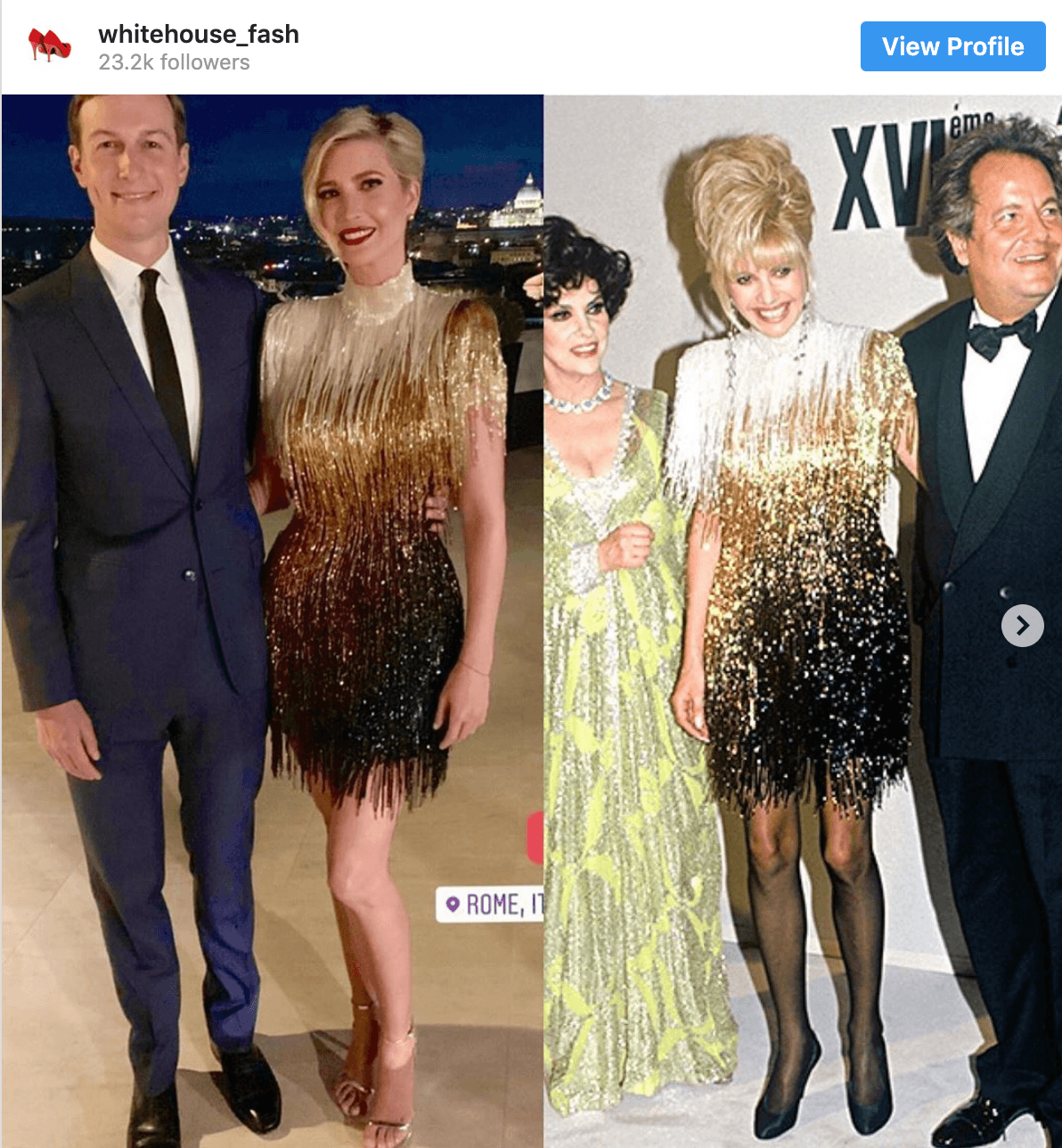 Trump’s extravagant look received mixed reviews, with some White House Fashion commenters calling it “stunning” while one complained that the first daughter “looks like a showgirl.” While critics also compared the look to a figure skating costume and Dynasty, some Trump fans praised her for taking a fashion risk.

What hell is she wearing? Is she doing an ice capades tour? Of course dinglefritz has is everyday suit with a white shirt. Zzzzzzzzzzz

OMFG, this is HIDEOUS! Did she find this at an Ice Capades yard sell?#IvankaTrump#Ugly https://t.co/d9M7JqGFnR

Perfecrly dressed and coiffed for Dancing with the Tsars🤭 https://t.co/cQZNj9L7WS

do…do either of them think this is a flattering look? https://t.co/0UqztR7AMO

When you don't have time to change from your ice skating attire and have to go straight to a black tie event. ⛸️🥂 https://t.co/Dufl08nY22