How low will Donald Trump go?

Donald Trump has posted an image of an apparently dead body on his Twitter feed amid a wild stream of messages in support of his policy on Iran.

The image showed a bloodied male figure draped over a barbed wire fence. (The tweet is now gone, it is unknown whether Trump deleted it or if Twitter did.)

Trump retweeted a number of posts denouncing Nancy Pelosi. She has criticized his decision to unilaterally order the killing of Qassem Soleimani, Tehran’s top general – and also approved a successful vote on articles of impeachment against him. 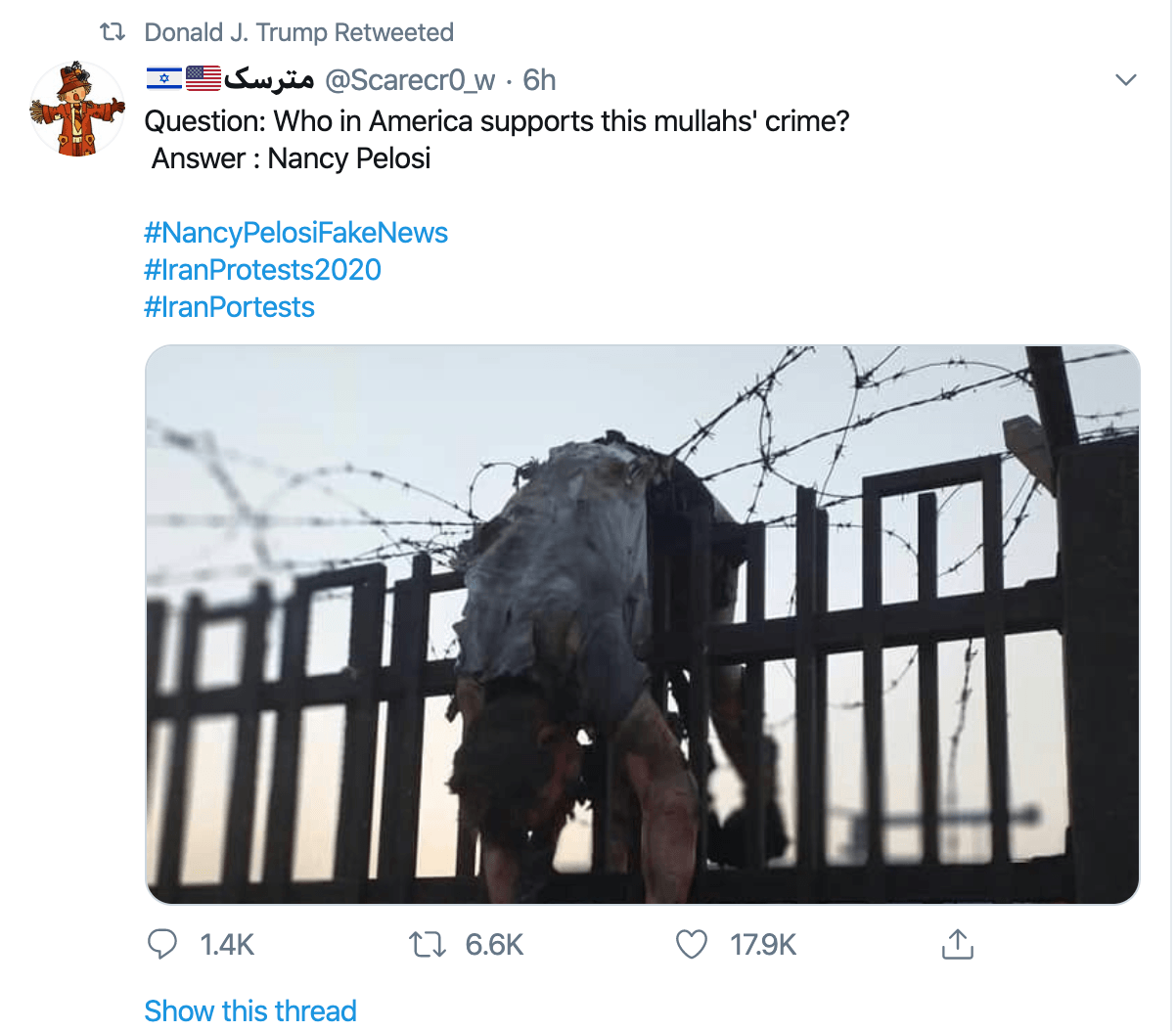 The president also promoted a tweet that claimed Pelosi “supports a regime that kills its people”.

Users were reacting to a widely-shared clip of the House speaker on ABC’s This Week in which she discussed the anti-government protests in Iran.

The video, posted by the Republican National Committee, appeared to include only a small portion of the conversation.

🔴The Iranian people are being killed in the streets by the Islamic Republic, but Nancy Pelosi in the USA supports those who kill the Iranian people. Why?#NancyPelosiFakeNews https://t.co/gGCyoLYkYX

Trump further retweeted an image that showed Pelosi alongside Chuck Schumer, the Senate minority leader, mocked up in a burkha and turban with an Iranian flag in the background. 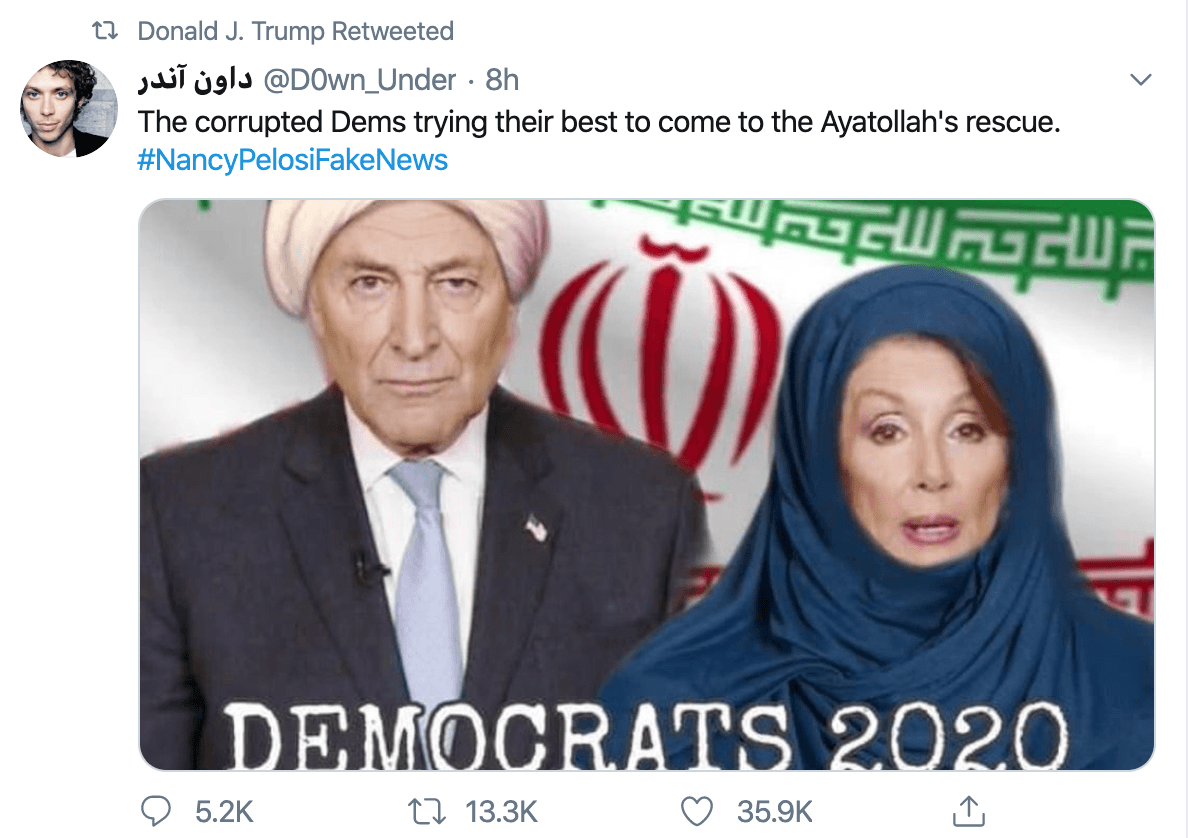 On Sunday, Trump urged Iran’s leaders not to used violence against protesters. “The World is watching. More importantly, the USA is watching,” he said.

He also pushed for Tehran to “let reporters roam free!” despite having spent years demonising the news media at home.

It comes a day after the president used Twitter to complain loudly about his impeachment, which is linked to his dealings with Ukraine, calling it a “totally partisan Hoax”.

He has called for the Senate to simply dismiss the case against him as the lower chamber prepares to send the charges there for a trial.

Wow! I just saw the dead body pic that Trump retweeted. How is this okay on any platform or topic discussion?!? #IMPOTUS #TrumpsWarOfMassDistraction

This is awful, but the dead body was beyond the pale. There is no dignity in this administration. I lived through Nixon, and 45 makes him look like a saint.

1) Today Trump tweeted an openly racist image of Pelosi & Schumer, and a picture of a dead body. Twitter’s “anything goes” policy towards elected leaders’ bigotry & hate speech is an abdication of responsibility for the toxic environment social media has created & enabled.

Our psychopathic president @realDonaldTrump just retweeted a picture of a dead body to make a false jab at a political opponent. pic.twitter.com/fxzuC0mgBZ

Seriously, what is wrong with you? Have you absolutely no shame, morals, or ethics?? You just retweeted a picture of a dead body. @realDonaldTrump , please, for the love of God, try and learn how to be at least a decent human being.

Trump retweeted a picture of a dead body by a bot account claiming to be Iranian.

It’s beyond outrageous at this point. It’s left concerning in the dust. And absurd is a fading memory.