Actor and comedian Michael Rapaport shared a meme warning Twitter followers to “never forget” that Melania Trump and Donald Trump are “a hooker and a con man.”

The actor of True Romance and The War at Home fame tweeted a meme with the message, “Just a reminder, a hooker and a con man are running America,” accompanied by a picture of the president and first lady. Rapaport tweeted along with the meme the warning, “Never forget.”

Rapaport has been an outspoken critic of the president, most recently posting a profanity-laced video slamming Trump and his family in March.

“Why don’t you send your f—ing son, dick stain Donald Trump Jr., big-toothed Eric Trump, little f—ing Barron, f—ing Ivanka, junkyard Jared — let them go out there and test the f—ing waters,” Rapaport said. “Let them see if shit is sweet. Let them take the cars, the trains, the buses, the Amtraks, let them play in the park. And if everything’s good after five days of them playing out there in the streets, we’ll all go back to work.”

Rapaport has also posted some rather hysterical videos pointing out Trump’s “vagina neck.”

Yo Pig @realDonaldTrump your TRENDING #1 again Piggggy
Brag about it today at Presser pic.twitter.com/RDAOxkYQKy 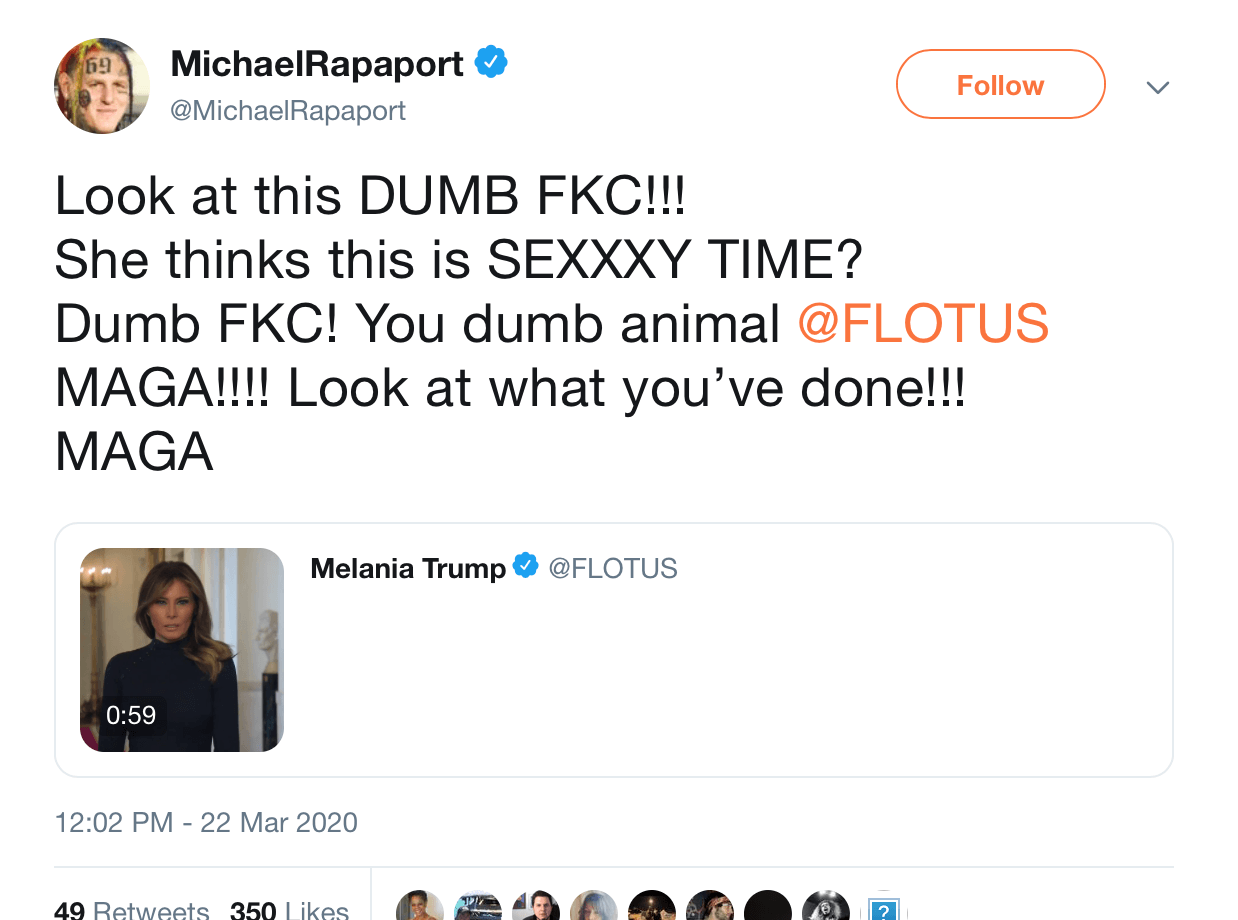 Don Jr. Wants You to Know That His Family are the Victims Here, Darn It, and Don’t You Forget It!

Trump Says Melania Believes He’s the Most Handsome President Ever, More Attractive Than JFK Even

That Woman Who Said Trump Has a Great Smile at the Town Hall? She’s Voting for Joe Biden