The meme makes fun of Assistant Health Secretary Dr. Rachel Levine’s appearance, so Billings fired back with her own post that ripped Jenner a new one.

Trump Jr.’s meme places photos of Jenner and Levine side by side and reads:

“It seems to hold true no matter what!!!! Conservative girls are just better looking… maybe that’s why the libs are always outraged for no reason.”

Jenner reposted the meme to her Instagram account and added a laughing/crying emoji. She later deleted it, but not before gossip blogger Perez Hilton grabbed a screenshot: 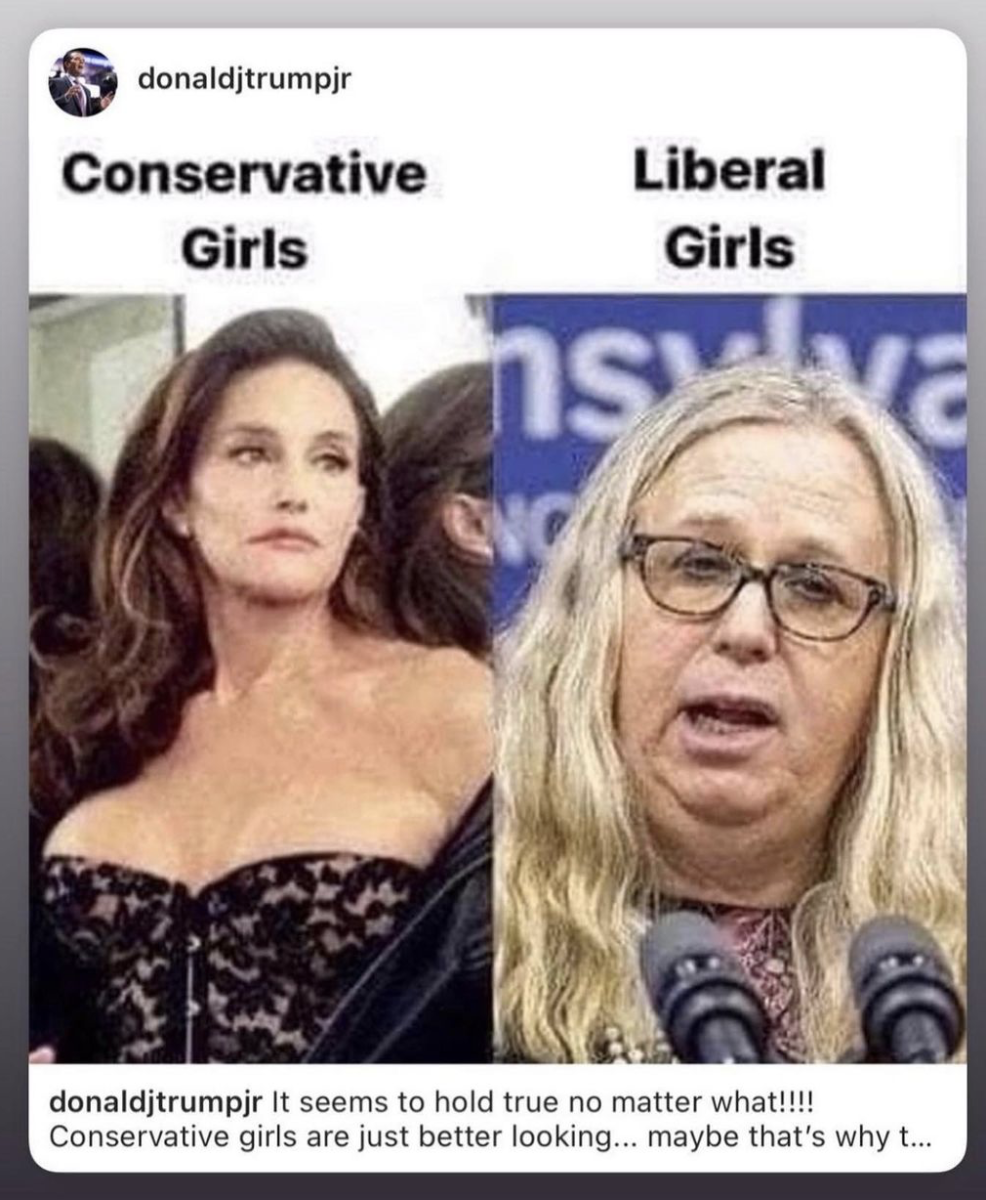 Billings, who is transgender, starred as Davina Rejennae [2] on all five seasons of “Transparent,” and made no bones about what she thought of Jenner’s seeming endorsement of Trump Jr.’s apparent diss of Levine’s looks.

“With your private airplane hangar full of lies and your million dollar shoes, you have as much in common with us, as we do with you. It isn’t your Transness people are bothered by, it’s your behavior as a human, Caitlyn. Your profound need to be liked is sadly backfiring,” Billings wrote. “You are fearful both of yourself and any kind of newness and you navigate with a well of anger in your heart that is deeply disturbing. And apparent to all of us. But again, I see it because I know it.”

Billings’ remarks stem from the interview with Fox News host Sean Hannity that Jenner did [3] inside her airplane hangar in Southern California. You may remember that Jenner was heavily criticized for sharing an anecdote [4] in which the owner of another hangar said he was moving to Arizona because he was tired of looking at all of the homeless people in California.

As she neared the end of her post, Billings told Jenner she sets a “warped” example for “trans youth who believe you to be some sort of superhuman” and encouraged her to look after her mental health.

“I cannot tell you those terrible voices will ever go away, they haven’t for me, but every day that I am able to navigate that ache of self-harm born of my own denial of my divine light, I am just a little bit freer,” Billings wrote. “Free yourself, Caitlyn. By doing that, you may set the greatest example of your life. And that might turn out to be the most beautiful way both our state and our community.”

Billings has a very definite point here. Jenner is running for governor in a runoff election against Gavin Newsom but the way she’s acting right now she’d be a poor choice.