Well, it was fun while it lasted.

Trump used the blog, “From the Desk of Donald J. Trump,” to share statements after larger social media companies banned him from their platforms. Now, a little less than a month after going live, the page has been erased and “will not be returning,” Trump’s senior aide Jason Miller told CNBC.

Existing links to the page now redirect to a sign up for “exclusive updates from Donald J. Trump.”

But many on Twitter found the following when checking in to see what statements Trump released today: 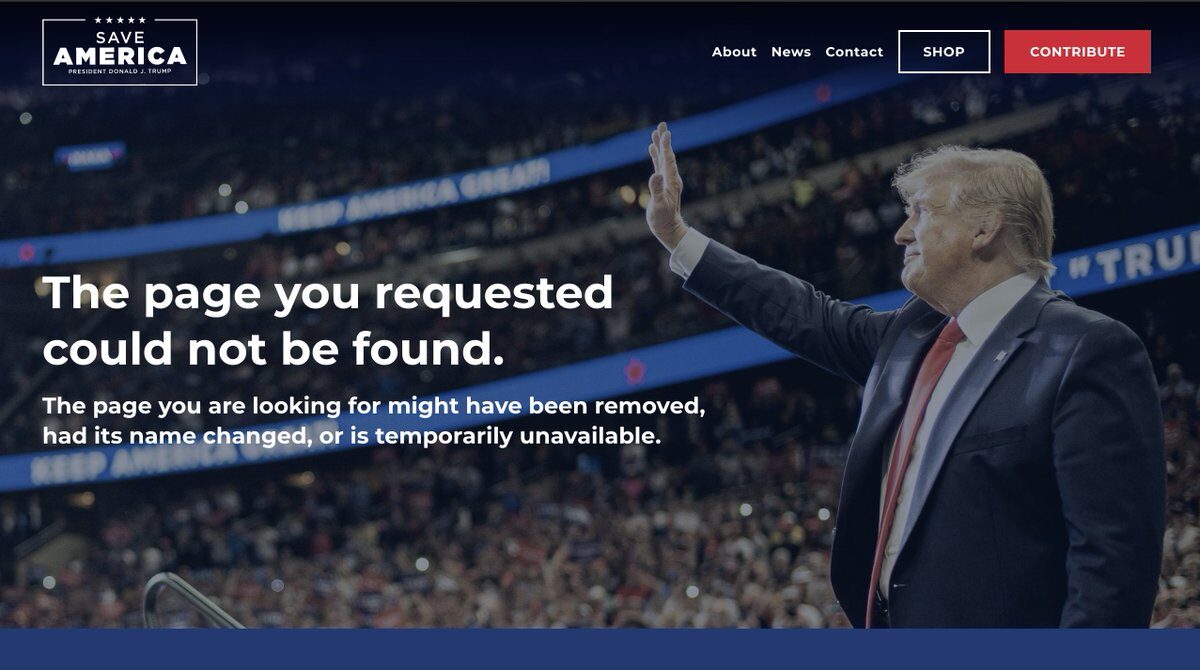 Miller tweeted last month that the blog “is a great resource to find Trump’s latest statements and highlights … but this is not a new social media platform.” Well, obviously.

It was also a place where Trump just released Twitter-like complaints and grievances.

Facebook and Twitter both banned Trump from their social media sites in January after the siege at the Capitol. Trump repeatedly used his accounts, on which he had tens of millions of followers, to push false claims of election fraud and declare that the election was stolen from him. And when he had the opportunity to stop the siege, he took his sweet time.

JASON MILLER on MARCH 21: "This is something that I think will be the hottest ticket in social media. It’s going to completely redefine the game."

Now that the Trump Tumblr has been killed, let's recall the grand predictions that Jason Miller, the sleazy crybaby & deadbeat dad who speaks for Trump, made about the site:

"I think will be the hottest ticket in social media, it’s going to completely redefine the game" 🤣😂😜 pic.twitter.com/o2oCTUuFv3

SCOOP: According to sometimes Trump aide and full-time deadbeat dad Jason Miller, Trump’s blog was shut down ahead of him joining another social media platform. Reports say the new platform is called "Losers & Fakers."

Just joking, folks. This is my attempt at political satire.

What "Jason Miller" is trying to say in laymen terms is that trump doesn't have the cash to pay for his blog so whoever is running it quit for getting ripped off as per the usual trump dumbfuckery.

Trump’s blog is permanently shut down, was he made aware his posts could be used as evidence against him?

Trump’s blog couldn’t make it to 3 Scaramucci’s. Too much work. He is gone. FOREVER

RIP to the following: