Aiden Bilyard believed himself to be fighting for his country in preserving Donald Trump’s position as commander in chief. One of Bilyard’s many problems is that he failed to succeed in preserving Trump as C in C, but tried so hard that he made himself one of the “Most Wanted” rioters.

Perhaps as a ploy to keep from getting caught, he enlisted in the Air Force, putting himself directly under Joe Biden, a man he would have believed to be a fake president. He got caught anyway.

Now we fully understand why he would be one of the top targets. Those are damned serious crimes:

After being identified by online sleuths operating under the “Sedition Hunters” banner [2] who had nicknamed him #HarvardSweats, Bilyard was interviewed by the FBI at Lackland Air Force Base near San Antonio, Texas, back in August.

“At the time, BILYARD was attending basic training for the United States Air Force but has since separated from the Air Force and moved back home to Cary, North Carolina,” an FBI special agent wrote in an affidavit unsealed Tueday.

The FBI relied on public Facebook [7] posts by Bilyard’s mother that showed him wearing the same Harvard sweatshirt he wore to the Capitol to help seal the case against their Bilyard. So did online sleuths, who noted her posts about Bilyard enlisting in the U.S. Air Force.

Damn, mom screwed up by posting pics of Bilyard in the same sweatshirt he wore to the Capitol? She either had no idea he participated (unlikely), no idea what he wore (possible), and-or no idea how good the FBI and the sleuths were at tracking these people down. 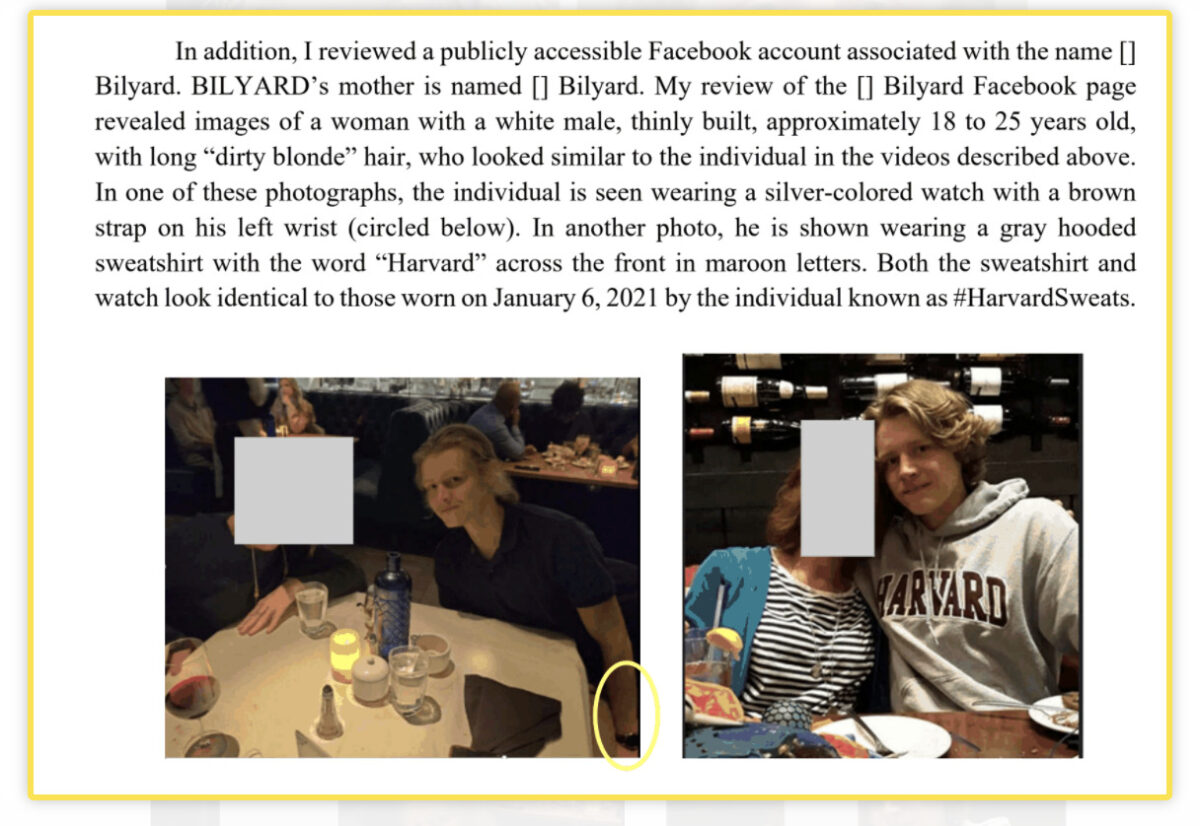 It sure sounds like he attempted to enlist and disappear in the Air Force but when that plan clearly went awry, he tried going back home to disappear. It almost surely wouldn’t have worked, but he didn’t need mom posting things on Facebook, that’s for sure.

Now he faces some hard hard times when meeting up with a judge and a federal prosecutor.