The House Select Committee is reviewing footage shot as part of a documentary film made by British filmmaker Alex Holder this morning, Thursday, January 23, 2022. Access to the video footage may well have played a large role in why Chairman Rep. Bennie Thompson pushed the last two hearings back into July. It could be incredibly powerful evidence.

Now, CBS News has access to two photographs taken from the documentary that proves the type of access Holder had on January 6th, 2021.

“Well, now to some exclusive reporting ahead of tomorrow’s Jan. 6 hearing, CBS News has learned that the committee has gained access to footage from inside the White House, both before and after the attack on the Capitol.

“What have we learned?”

“There are new, breaking developments on the Jan. 6 front. the committee announced today it will hold additional hearings in July because it keeps gathering new evidence.

“Some of that new evidence comes from British filmmaker Alex Holder, who is going to meet with the committee tomorrow morning in a private deposition. CBS News has exclusively obtained two images from his upcoming three-part series called ‘Unprecedented.’ One shows him interviewing Ivanka Trump, the president’s eldest daughter, the other shows him interviewing President Trump.” 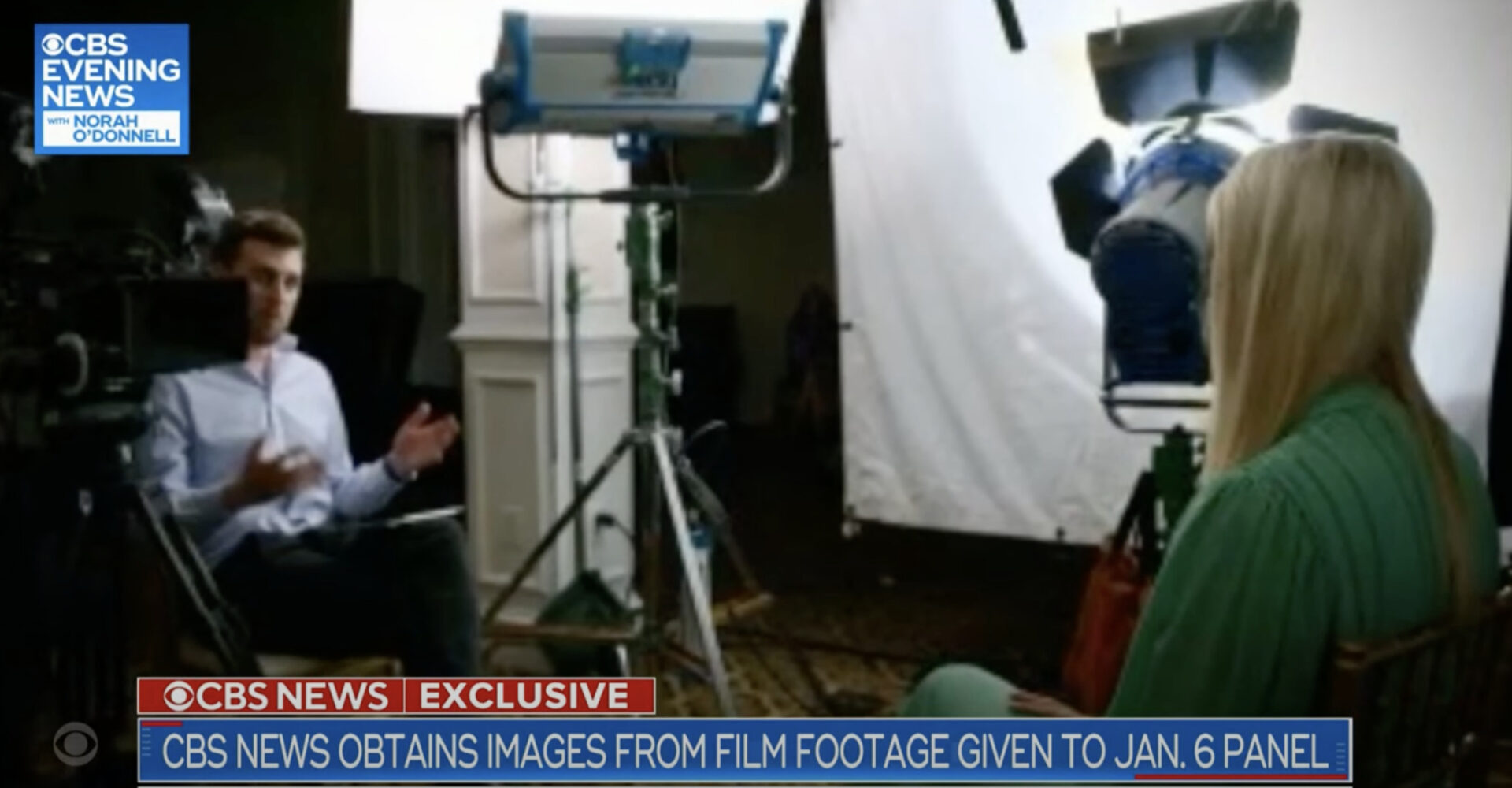 Costa summed up the importance of the video:

“He talked to trump both before and after Jan. 6. It reveals the access he had to the inside of the Trump inner circle during that period.”

That documentary could be the most compelling evidence presented during the hearing. We all know how reckless Trump can be when he thinks he’s showing off and how clueless he can be in bragging about what may be about to happen.