Jordan NIGHTMARE: Clooney Documentary About Cover-Up of Ohio State Abuse About to Hit

One of the biggest sexual abuse scandals in college sports occurred at Ohio State University where team doctor Richard Strauss abused young men – wrestlers, young men who were above the age of consent, but are considered victims due to the power imbalance between the coach and the athletes. Jim Jordan is caught up in the scandal because he was an assistant coach at the time and allegedly witnessed the abuse and said nothing, and then later when the abuse was exposed, begged witnesses and people who knew of the scandal to let it go for the good of the program.

From NBC News on February 12, 2020, referencing Jordan’s time in the program as an assistant coach and the lengths he went to in order to cover it up:

“Jim Jordan called me crying, crying, groveling, on the Fourth of July … begging me to go against my brother, begging me, crying for half an hour,” Adam DiSabato said at the hearing. “That’s the kind of cover-up that’s going on here.”

It is stunning that Jordan has been able to avoid civil liability (so far, there are many lawsuits still in the courts) and scandal while he has been in Congress.

But Jordan may be about to face the consequences. None other than George Clooney has arranged for the creation of a documentary, one that will be released on HBO, highlighting the entirety of the scandal, educating people who never knew, reminding those who do, and informing all about the seriousness of his role: From the Hollywood Reporter:

“Grant and I are very proud to be working on this project with HBO,” said Clooney in a statement (referring to producing partner Grant Heslov). “It’s a devastating story about people in power abusing and then covering up their criminal actions against students. The fact that it hasn’t been resolved as of yet is deeply disturbing.”

Said Orner, “I’m honored to join this incredible creative team. This film is about the largest sexual abuse scandal in the history of American higher education. It will give the courageous men who were abused a powerful and clear voice.”

The untitled documentary is based on an October 2020 Sports Illustrated story by Jon Wertheim that detailed some of the many allegations against Strauss, including those made by former All-American wrestler and UFC champion Mark Coleman and other athletes, student trainers and employees at a private clinic Strauss headed. Coleman also alleges that Rep. Jim Jordan, an Ohio State assistant wrestling coach for part of Strauss’ time at the university, knowingly ignored Strauss’ abuse. 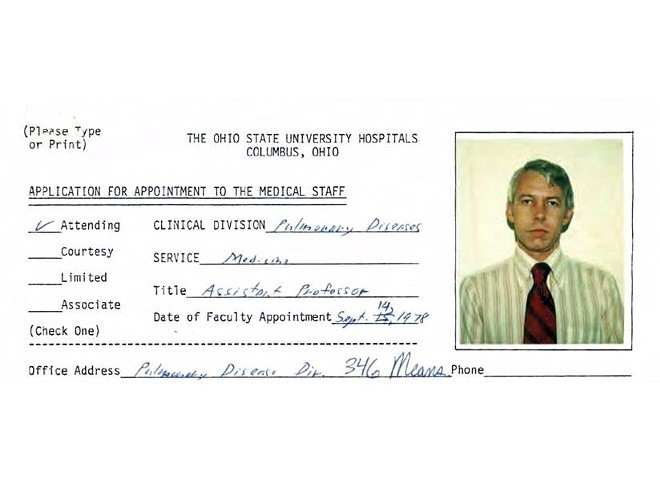 Jordan has avoided responsibility for the cover-up for too long. He should face the wrath of the public (and the voters) for what he did. It sounds like it’s about to become impossible to ignore.