This may be the single most racist segment that we’ve seen come from Newsmax, and that is saying something. Normally, host Greg Kelly makes news by “reporting” on something unbelievably stupid, such as commenting on Biden’s old dog “Champ” not looking very presidential. Kelly has been uniquely ultra-MAGA in highly strange ways.

But his segment about Juneteenth couldn’t possibly be more racist, shockingly racist, even for a MAGA network. Let’s consider the average Fourth of July for the average white guy MAGA voter. In fact, we even have a great picture of an “average 4th of July” celebration by an average MAGA candidate, published by Kari Lake, one that we covered just yesterday. 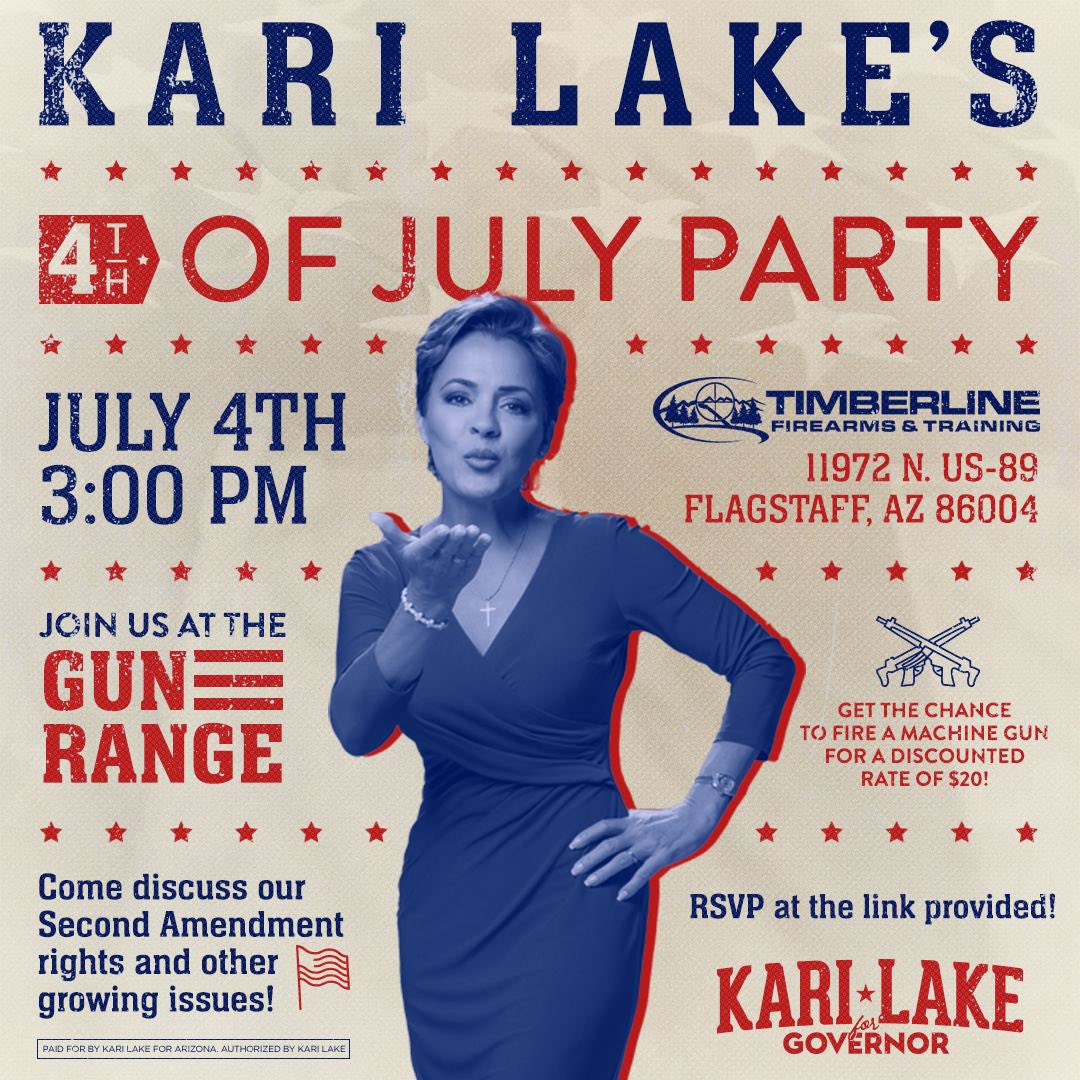 Fourth of July, guns (indeed, not just any gun but a machine gun), probably some serious alcohol consumed. It is Arizona, it’ll be hot, and people will have enough extra time on their hands to… go to a gun range, drink in the heat while firing a machine gun.

Now look at Greg Kelly’s complaints about Juneteenth as a holiday. Nothing could scream louder that Kelly is knowingly talking to an exclusively white audience than this, complaining about a holiday celebrating the end of slavery while complaining about the very things that occur on the holiday three weeks later!

While showing photos of black people drinking, Newsmax host Greg Kelly says the Juneteenth holiday is just an excuse for people in “urban areas” to drink, get high, smoke weed, and riot. pic.twitter.com/nz4L9aMld2 [1]

And, of course, we have not heard of any riots on Juneteenth, but we’re certainly hearing about riots today during the Committee hearing. Interestingly the riots that are being covered during the Committee hearing were done almost exclusively by white people, so that ensures that they’re not considered “riots.” Only black people riot, right Greg? Even when black people do not riot?