Today’s hearings will concentrate upon the entirety of the fake electors scheme, a plan that first seemed to arise in texts to Mark Meadows on November 6th, 2020, which has led a lot of us to believe that the Trump campaign actually formed the plan to nominate fake electors even before the election as a “Plan B,” in case Trump lost the election.

The hearings could be especially damaging to Trump with respect to criminal liability because the fake electors scheme has already been called “more likely than not” a crime by Central District of California Federal District Court Judge Carter. If the Committee proves that Trump both had direct knowledge of the scheme and directed portions of it, it would be compelling evidence that would make it that much more difficult for the Department of Justice to find a way around charging Trump. DOJ will almost have to charge Eastman and Meadows and it would be near unheard of to charge conspirators to a crime but not the primary conspirator.

Thus Trump knows what is on the line today. The Committee could easily prove personal knowledge of the danger posed by the scheme both to the country’s democracy (fraud) and the threats made against individuals who counted votes (Criminal threats).

Therefore, one sees right through Trump’s tactic in releasing this statement just 90 minutes prior to the opening of the beginning of the hearing. Trump knows he’s in trouble and yet somehow believes that the Texas GOP’s refusal to recognize reality will provide him cover:

He knows he is in deep trouble and is doing all he can to distract people.

Trump also “re-truthed” (the equivalent of retweeting) these photos and uses this dumb example that he thinks proves he won. That he had a lot of people at his rallies, and Biden had few at his talks. Doesn’t matter dude. What matters is who VOTES.

Yes, Trump pulled a lot of cultists. But we also know many of these people traveled from rally to rally. 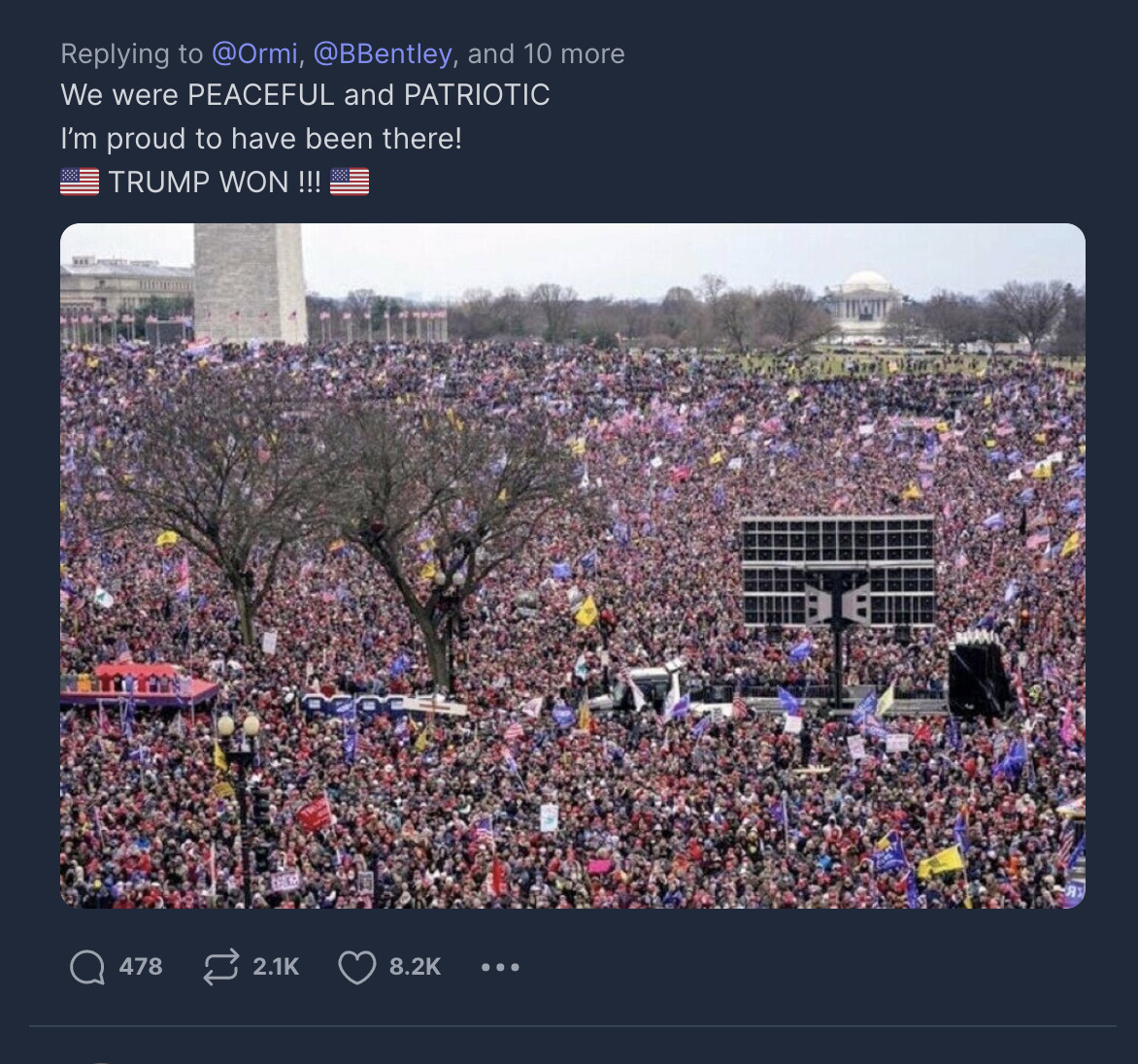 And again, yes, Biden was careful. It was the middle of a pandemic and Biden wanted to stay well, and wanted his supporters (and all Americans) to stay well. What a difference between Trump, who actually had a rally that spread Covid…the one in Tulsa that Herman Cain caught Covid and later died from it. 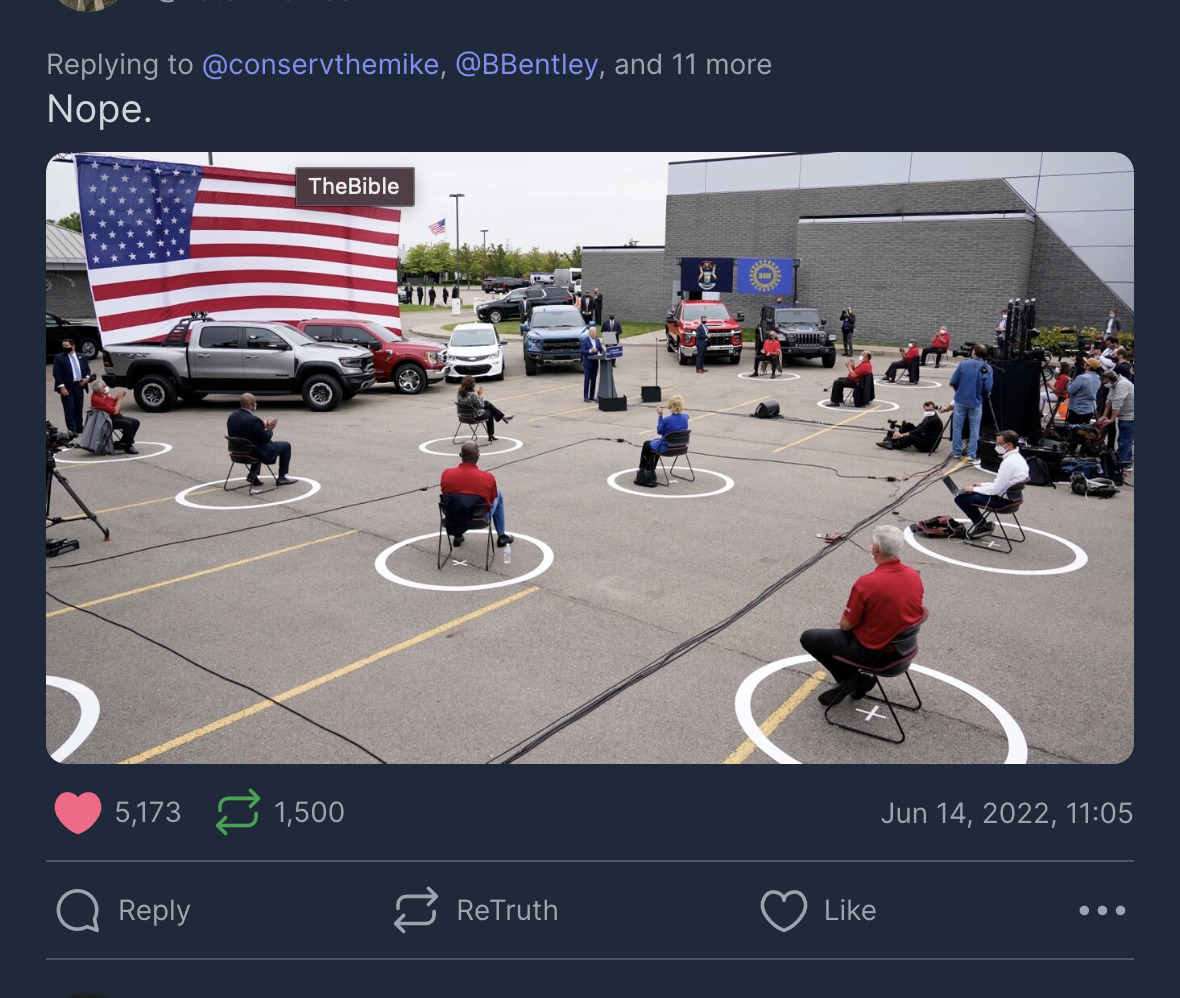