This was the issue John Legend faced with his friendship with fellow singer Kanye West.

Legend recently discussed the situation on David Axelrod’s podcast, “The Axe Files,” and explained how their nearly 20-year relationship has deteriorated and basically come to an end.

“Well, you know, we aren’t friends as much as we used to be because I honestly think because we publicly disagreed on his running for office, his supporting Trump, I think it became too much for us to sustain our friendship, honestly,” Legend said.

Back in April 2018, the two had a text battle over West’s support of Trump, with Legend telling the rapper:

“So many people who love you feel so betrayed right now because they know the harm that Trump’s policies cause, especially to people of color. Don’t let this be part of your legacy.” 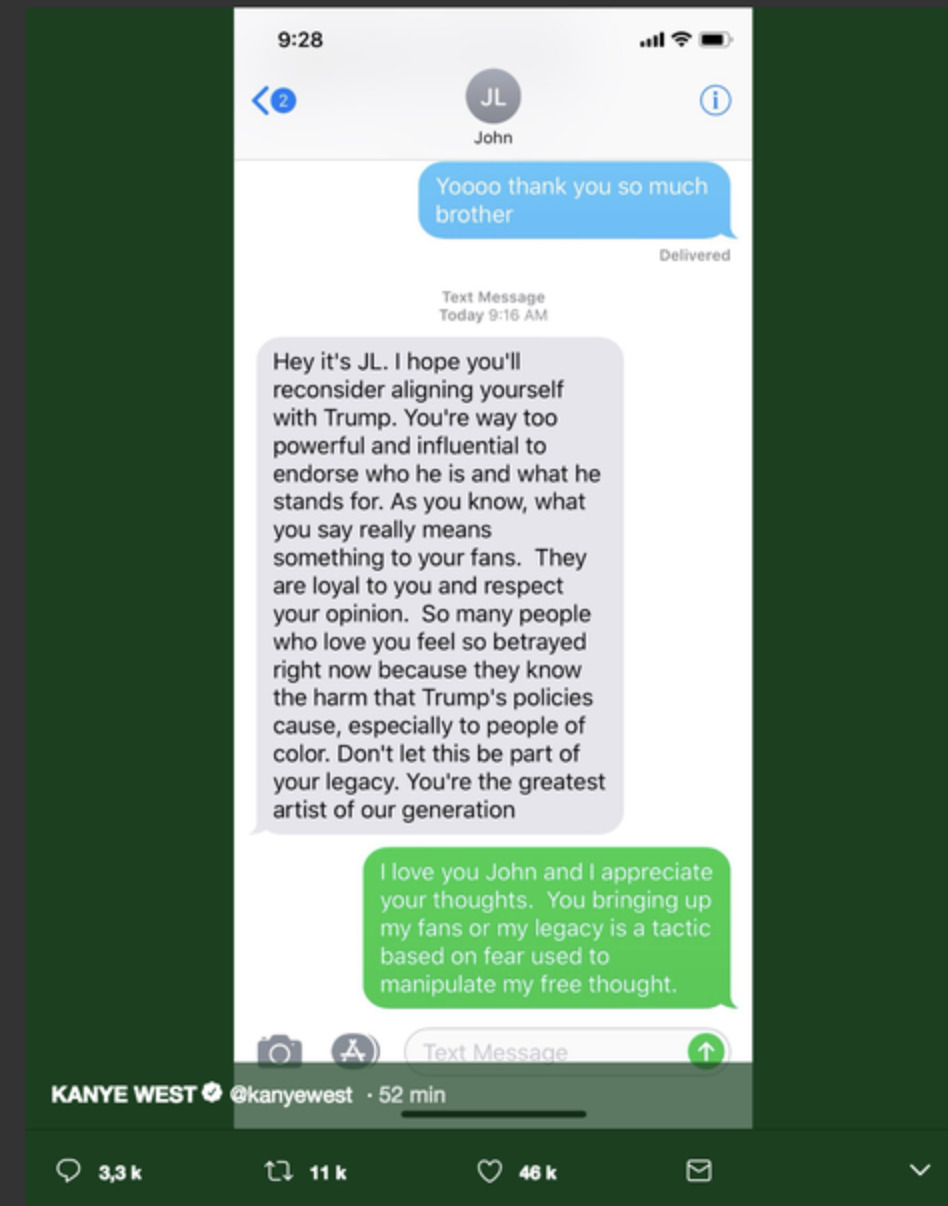 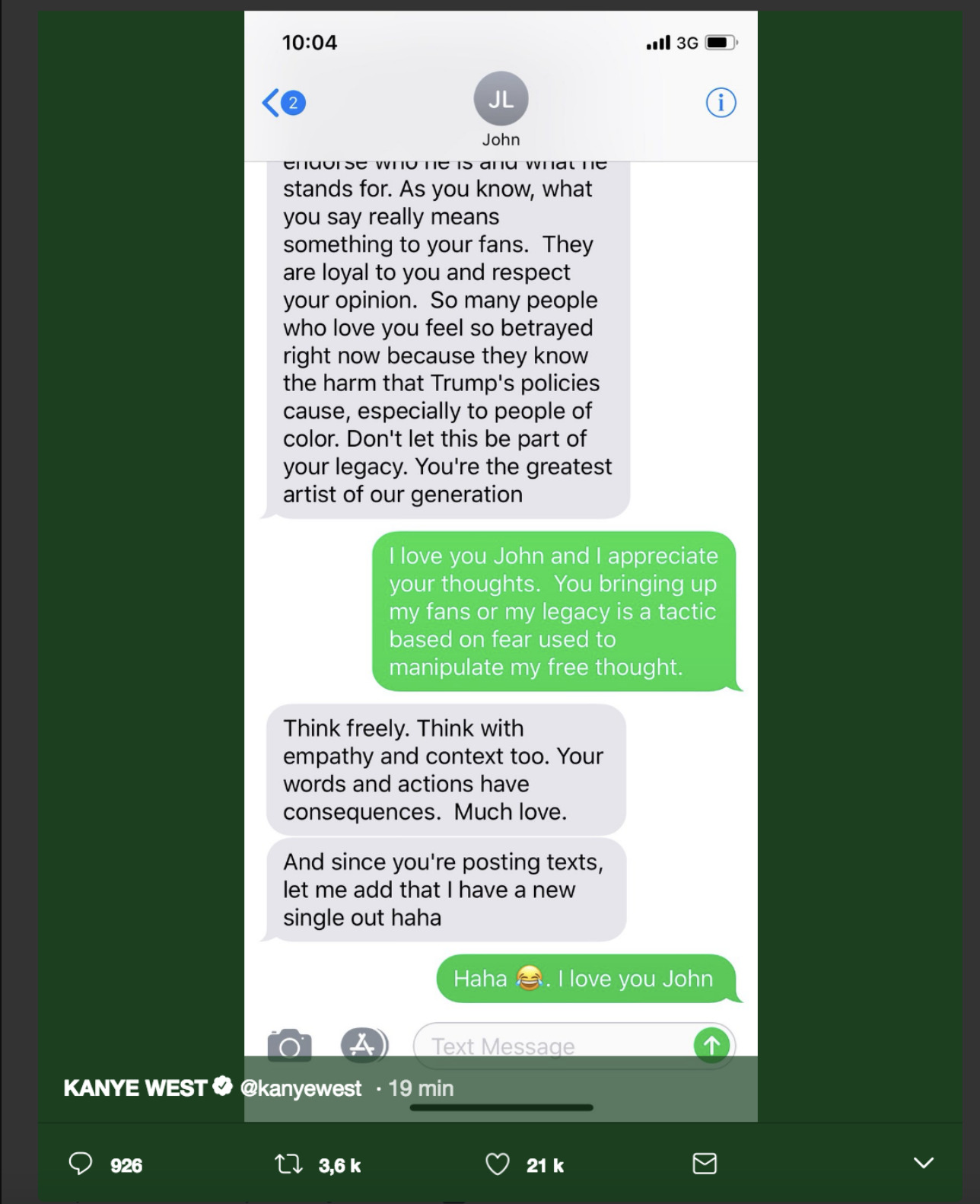 Legend added that West was angry that he didn’t support West’s failed 2020 presidential run, which, come on. West’s presidential run was a joke and never serious. Many believed he was in the throws of a mental health crisis, including his former wife Kim Kardashian who divorced him soon after.

“You weren’t alone in that by the way,” Axelrod noting the obvious.

“I wasn’t alone in that, but, you know, he was not happy about that. And we really haven’t been close since then,” Legend said.

Legend went on to say that what you see with West is what you get, which seems to be true.

“I think he’s been very open with who he is and his struggles with mental health. And he’s very real, honestly. So I think there’s not a lot about him that people don’t get,” he said. “Like he’s been pretty upfront with his opinions, his struggles, all the things that he’s dealing with. And I think what you see with him is pretty much what you get.”