The Cruelty is the Point: Trump Just Posted a Horrifically Mean Candid Photo of Chris Christie and People are Repulsed

Similarly, the husband of Ms.’Be Best’ herself should not be on Truth Social mindlessly asking why people are so mean. This is the guy who – when thrown the softest softball by an NBC reporter, the easiest question to hit out of the park with a kind answer to the American people, responded with, “I’d say you’re a terrible reporter… ” And we all can recall thousands of stories in which Trump is being “mean.”

Wait is the one on the right real?

Oh, yes, Chris, they are both real and it should be “really” easy to know that Trump is fully capable of mindlessly posting both.

And here’s a screenshot just in case he deletes it: 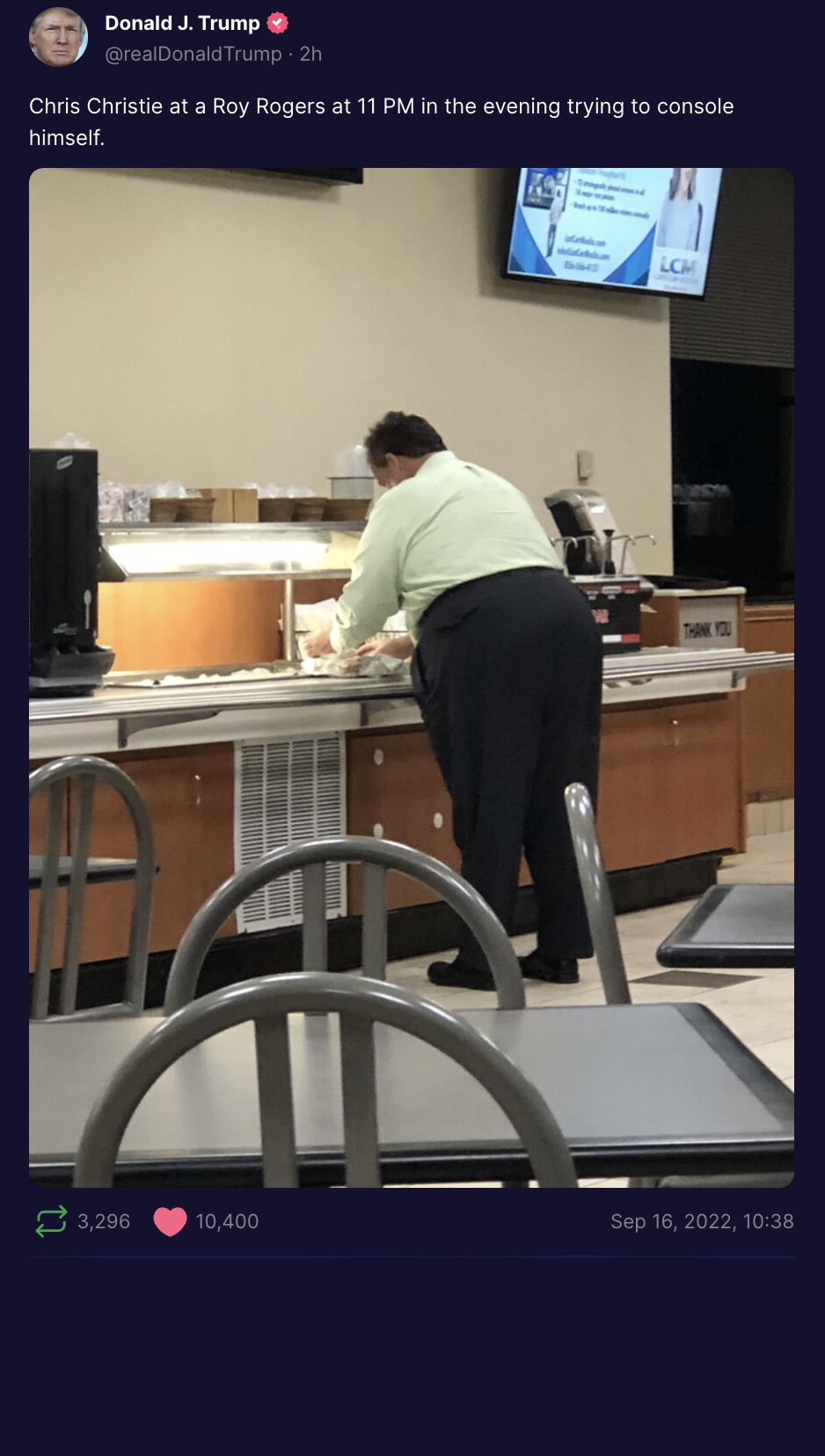 We don’t fat shame here, but I just want to show two photos that explain why Trump shouldn’t criticize the weight of others: 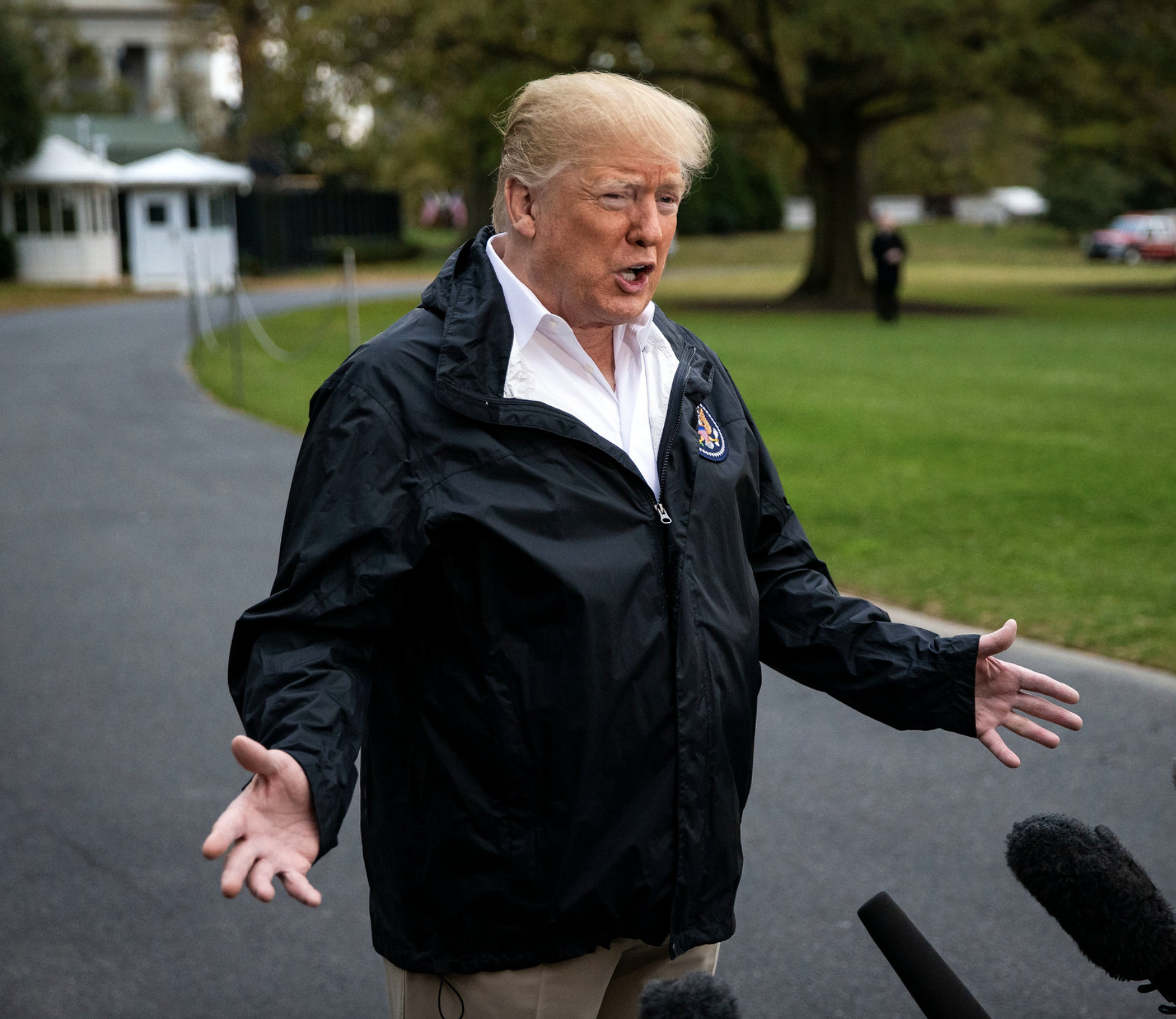 Heck, even the late Queen Elizabeth is probably wondering how dare Trump fat shame another person: 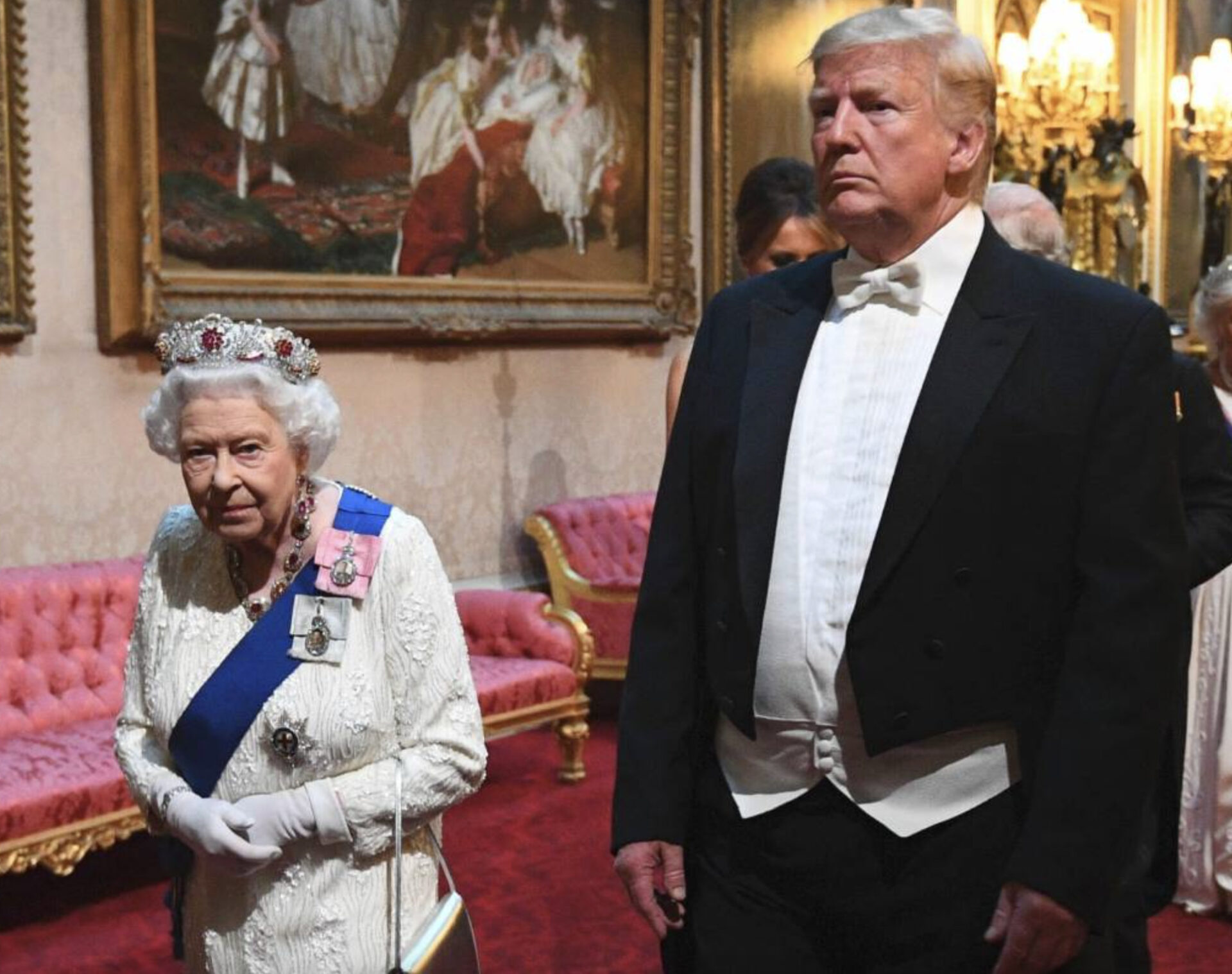 Now, we aren’t even sure that is actually Chris Christie in the photo…if we find out we will update this article. However, it does indeed look like the former New Jersey governor.

And we all know why Trump is mad at his former good buddy Chris. Christie appeared on ABC’s “This Week” last Sunday and said he thought the DOJ had a “pretty good” chance to appeal Trump’s motion to have a special master appointed to review the confidential government documents the FBI seized from Mar-a-Lago last month.

“I think the Justice Department’s chances are pretty good,” he said.

He also knocked down Trump’s claims that his “executive privilege” protected the documents he took from the White House.

“There’s only one executive who can assert the privilege, and that’s the one who is the current executive, Joe Biden. A previous executive can’t assert executive privilege. They’re not the executive any longer,” Christie said.

And that surely enraged Trump, especially the part about the “current executive” being Biden.

You know what else was two weeks apart?

The discovery of nuclear secrets stolen and hidden at Mar-A-Lago, and the announcement by his BFF that DPRK is now a nuclear power.

Seems worth asking about.

Ohhh, tfg is one to be body shaming. That's rich.

I guess he won't be getting one of Melanie's "Be Best" Christmas Ornaments 🤷 There's absolutely no bottom with this guy! What an absolutely loathsome and vile human being 🤬

It was never about "mean tweets." It was about a ton of incompetence and corruption. The "mean tweets" reveal his character to be a weak little man who became POTUS. They reveal, he is an asshole. And he would have been removed from any other executive position because of it. https://t.co/ginS07i7Yb

The one thing Trump got right about the GOP was how spineless they are.

He calls them fat, ugly, and lazy right to their face, and they sit there and take it because they know if they go against him, they'll be out of a job.