They want to go to Guantanamo? Thirty-four January 6th defendants? They believe they are being mistreated in the DC jail (Not prison, they haven’t gone to trial, and there is a big difference between jail and prison.) One can only presume – somewhat randomly, but not a bad guess, that the January 6th defendants believe they’ll be treated far better by the Marine contingent that runs Guantanamo and will be much more sympathetic to the insurrectionists than the DC jail,’

It’s hard to imagine a group being less sympathetic than those who run the DC jail. Jails are operated by either the county – or, in the case of DC, the city/county, district, police. States run the prisons, and with DC, it would be a federal prison. But the point is that the DC jail is run by people who are more sympathetic to the police that faced these same rioters. It is important to remember that the only rioters still held in jail pending their trial are those who were the most violent, those found too dangerous to let out in awaiting their trial. These are not people that feel sympathetic toward the rioters.

So they want to go to Gitmo. Is it all because they believe they’ll be treated better? Hardly. They also want to be seen as martyrs, and political prisoners. Being shipped off to Gitmo (which they won’t be) makes them look more and more like political prisoners, even if the judges were merely answering their requests. It probably hasn’t occurred to the rioters that federal judges in DC don’t have the authority to move them down to Gitmo.

No. That authority sits with the president, who controls all military operations. And Joe Biden doesn’t have a lot of sympathy for them. they aren’t going anywhere.

34 J6 defendants have signed a letter complaining about conditions in the DC Jail, and are requesting that they be transferred to Guantanamo Bay. pic.twitter.com/DRAkuo4tJw

Here is their hand-written letter: 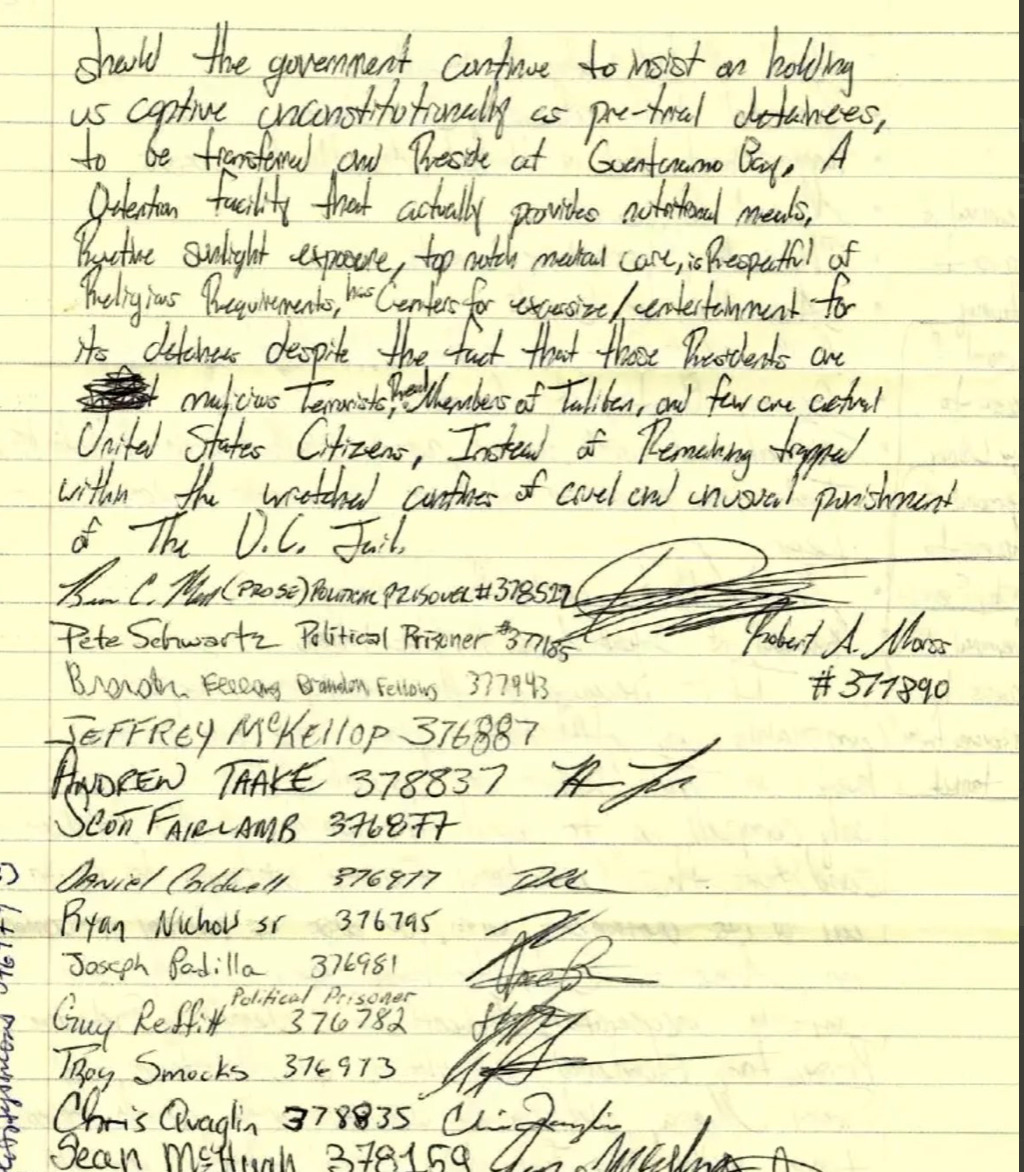 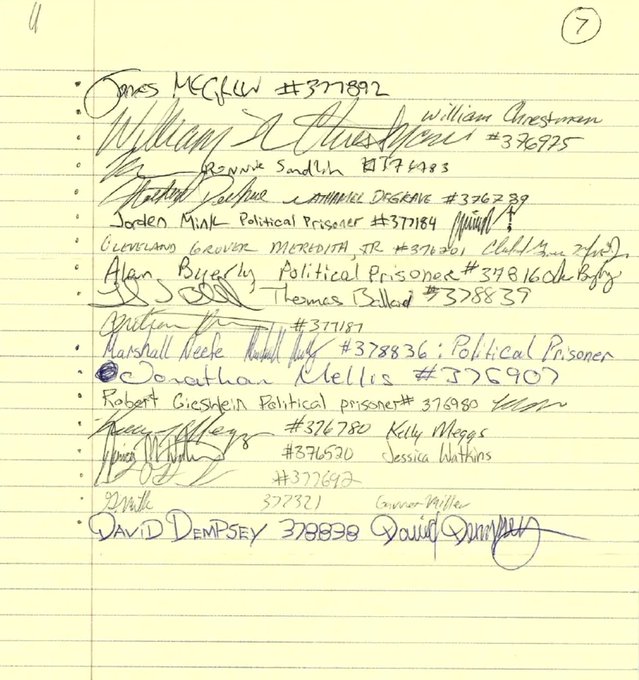 Awww, that don’t like being
in jail in D.C., maybe they shouldn’t have participated in an insurrection in D.C.!

They'd better be careful what they wish for.
Guantanamo Bay isn't exactly known for its plush
golf courses.

They're trying to trick the government into participating in their persecution fetish and, honestly, I'd kind of love to see how far they're willing to take it.

Why do they feel they're different from any other criminal? Sit back, this is the same justice system that y'all demand everyone else abide by.

What gives them the impression 1) they can choose where they are incarcerated 2) that Guantanamo would be better?

Sounds good to me. At the current closure rate for Gitmo, their trials will take place around 2039.

You know what would be a solid use of the “restitution” portion of their punishment? Send them to Fort Myers Beach to take part in the clean up. They’ll definitely get exercise, will be outside, & actually doing something good for their fellow man.
A real switch from the 1/6/21

I’ll pay extra tax dollars to see it through

Lol some of them signed it "political prisoner".

They played this game I like to call "fuck around and find out" and now they're finding out.