For seven years, Trump has been terrified of his taxes being made public. There is something in there, whether it just exposes that Trump has nowhere near the amount of money he says he has or much of the income comes from foreign countries, perhaps just not adding up with what he’s claiming elsewhere with loans and insurance. Something.

But now the SCOTUS has ruled (again) that the House has the right to the returns, and they will get them while the Democrats are still in control. We should get a sense of why Trump wanted his taxes hidden for so long.

Trump is furious and letting everyone know: 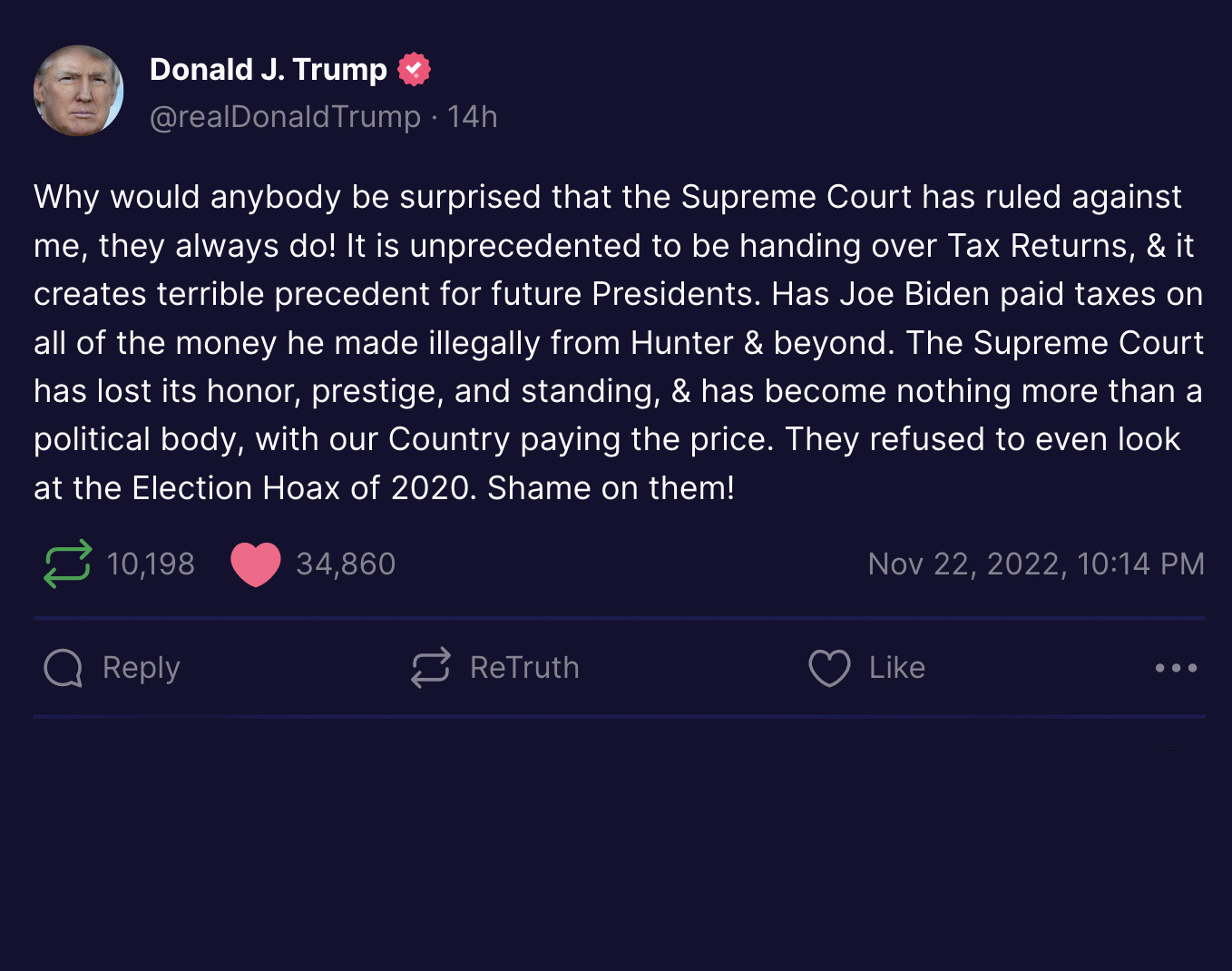 Joe Biden has made his taxes public. That would seem to take care of that concern. If the Republicans can find extra income, that would settle the matter. The problem is they can’t and won’t. They will just continue to act as though it’s been proven it is there.

He will never understand that it isn’t the SCOTUS’s job to look at and decide elections. He believes he saw it in Florida and can’t understand why not in his case?

Oh, and Trump wasn’t done! He just posted again, mad as hell at the SCOTUS and he’s not going to take it anymore!

Trump said, “The Supreme Court of the United States has the lowest Approval Rating in its long and storied history. No wonder – There are leaks and they can’t find the leaker (which is easy to do!), they are petrified of the Radical Left Maniacs (Democrats) who are destroying our Country, are unwilling to make bold, courageous, and proper decisions on Rigged and Stolen Elections, and are always wanting to be Politically Correct instead of doing what is BEST for the USA. We need Strength & Wisdom, NOW!” 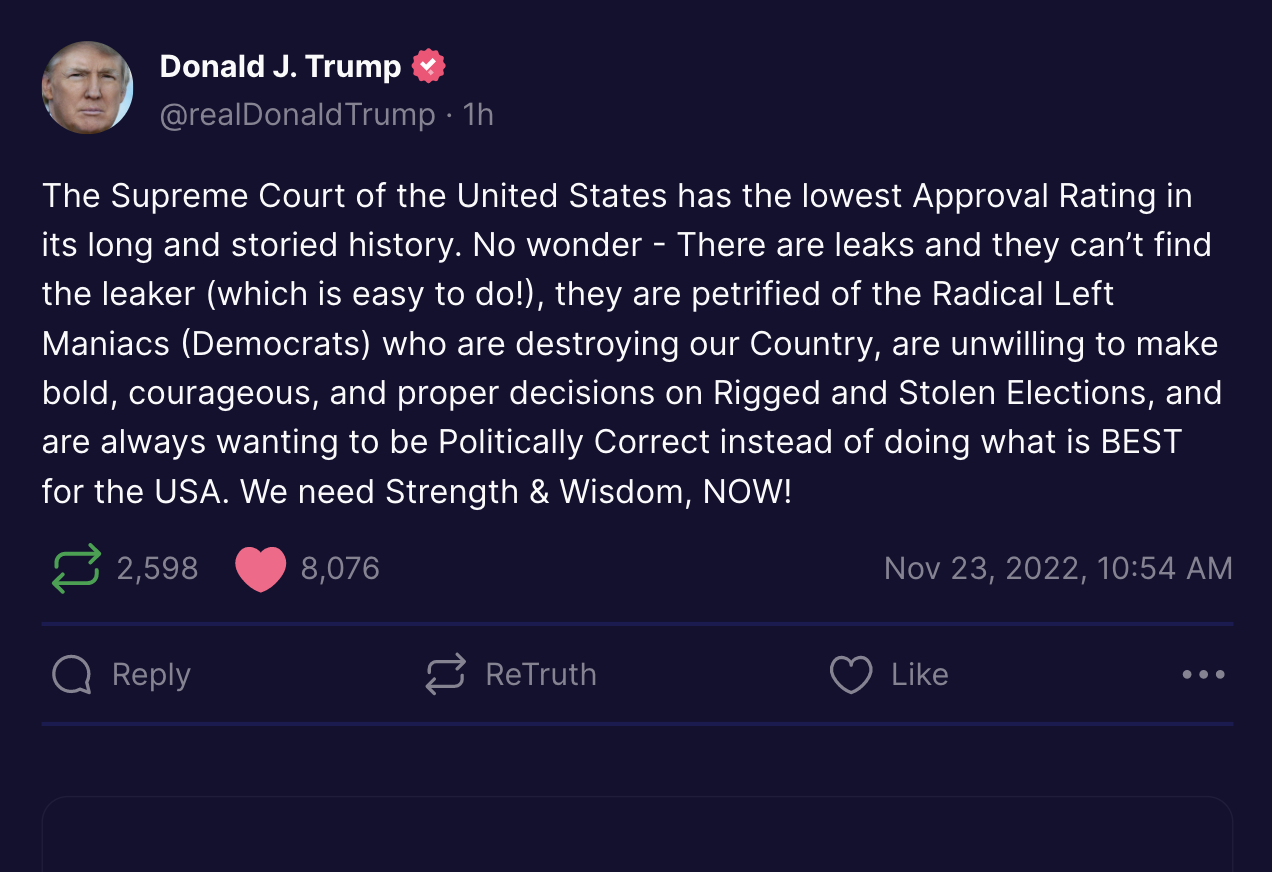