Not that any of us were in the market for any of these things, but it looks like the MAGA nation is suffering from Trumpflation.

That’s what Business Insider has to say anyway, noting that the prices for the typical campaign staples have jumped sharply when compared to how much his campaign team was charging for these items back in 2016.

Like that ubiquitous red “Make America Great Again” cap, which sold for $25 back then? It’s now $38. Then there were those white 100% cotton, USA-made T-shirts, which sold for 20 bucks seven years ago but now retail for $36.

But what about those Trump bumper stickers that set you back $5 as the Obama administration drew to a close? Welp, they are now $9 in Biden’s economy, Insider notes.

“But even amid a turbulent economy for which Trump blames Biden, with annualized inflation a painful 7.7%, that’s an extraordinary price hike for pedestrian political merch.”

The money raised from such promotional products is used for campaign contributions and goes to the coffers of the political campaign selling it. And of course, Trump has made a name for himself, not to mention a fortune, from branding and merchandising, and Insider describes him as a “political product innovator, reaping millions of dollars over the past seven years from sales of sundry swag.” 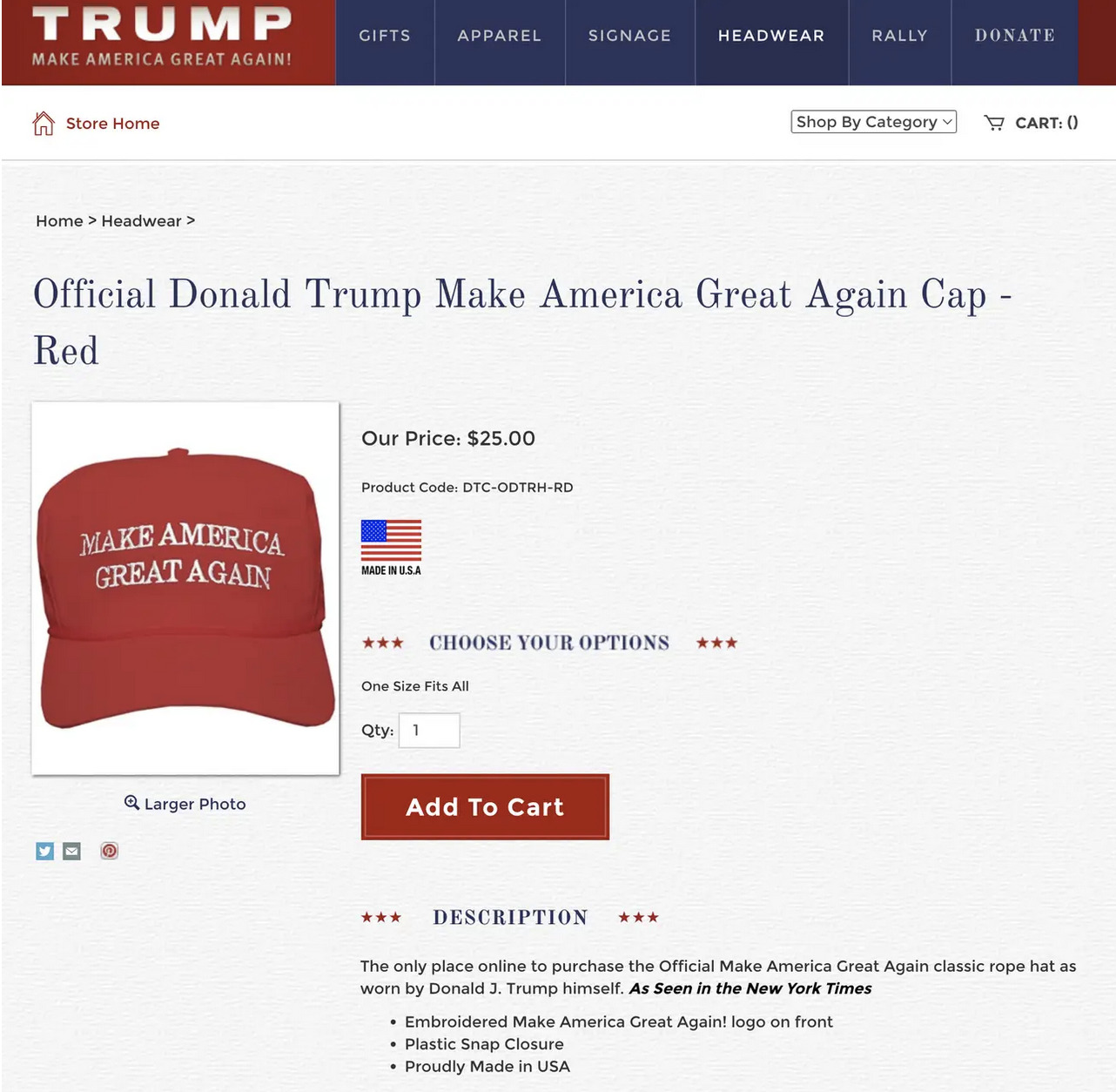 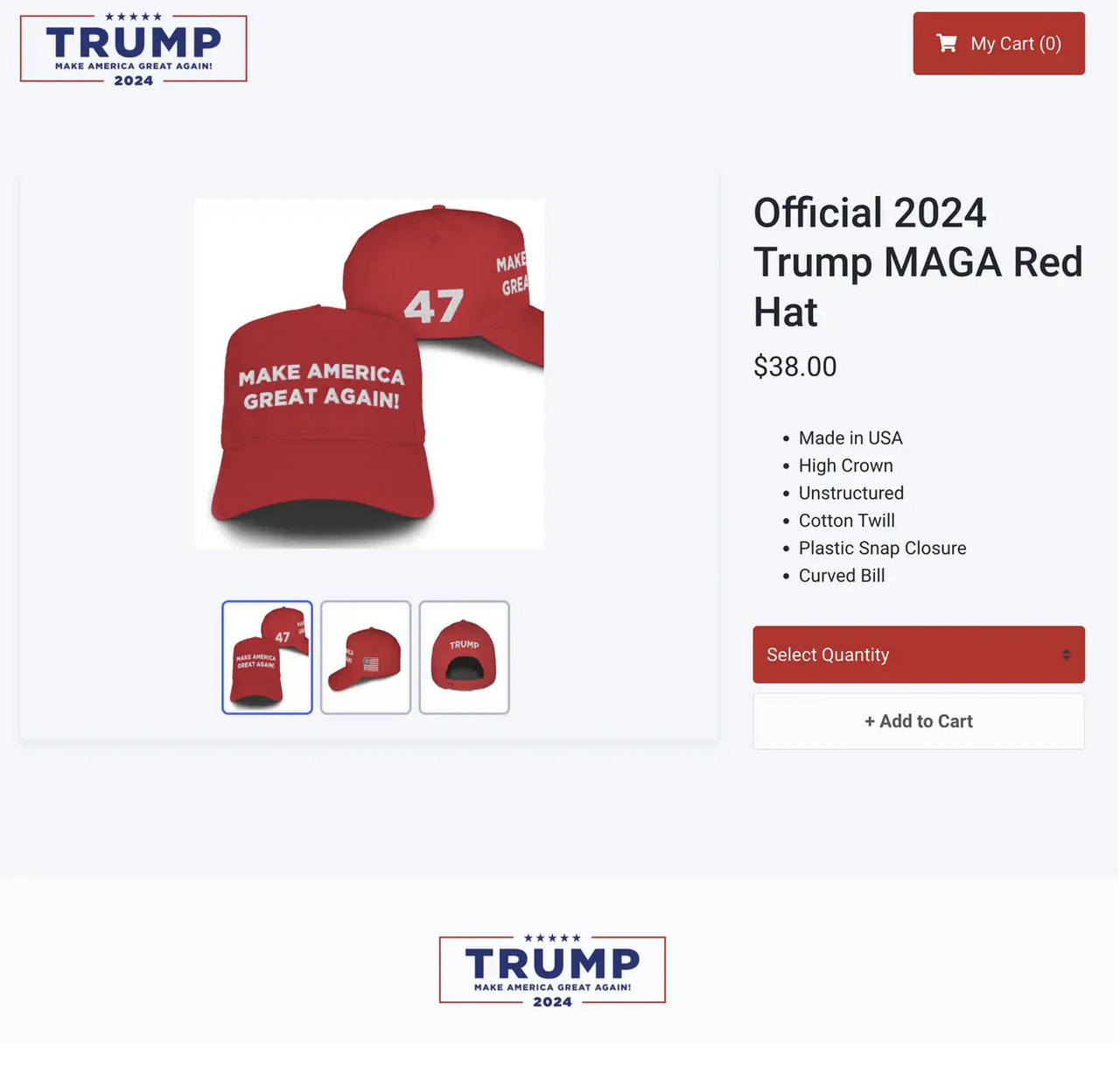 And even though he has a virtual mountain of cash ($93 million) funneled inside the accounts of several political committees, he is unable to directly use this cash to support his presidential ambitions. 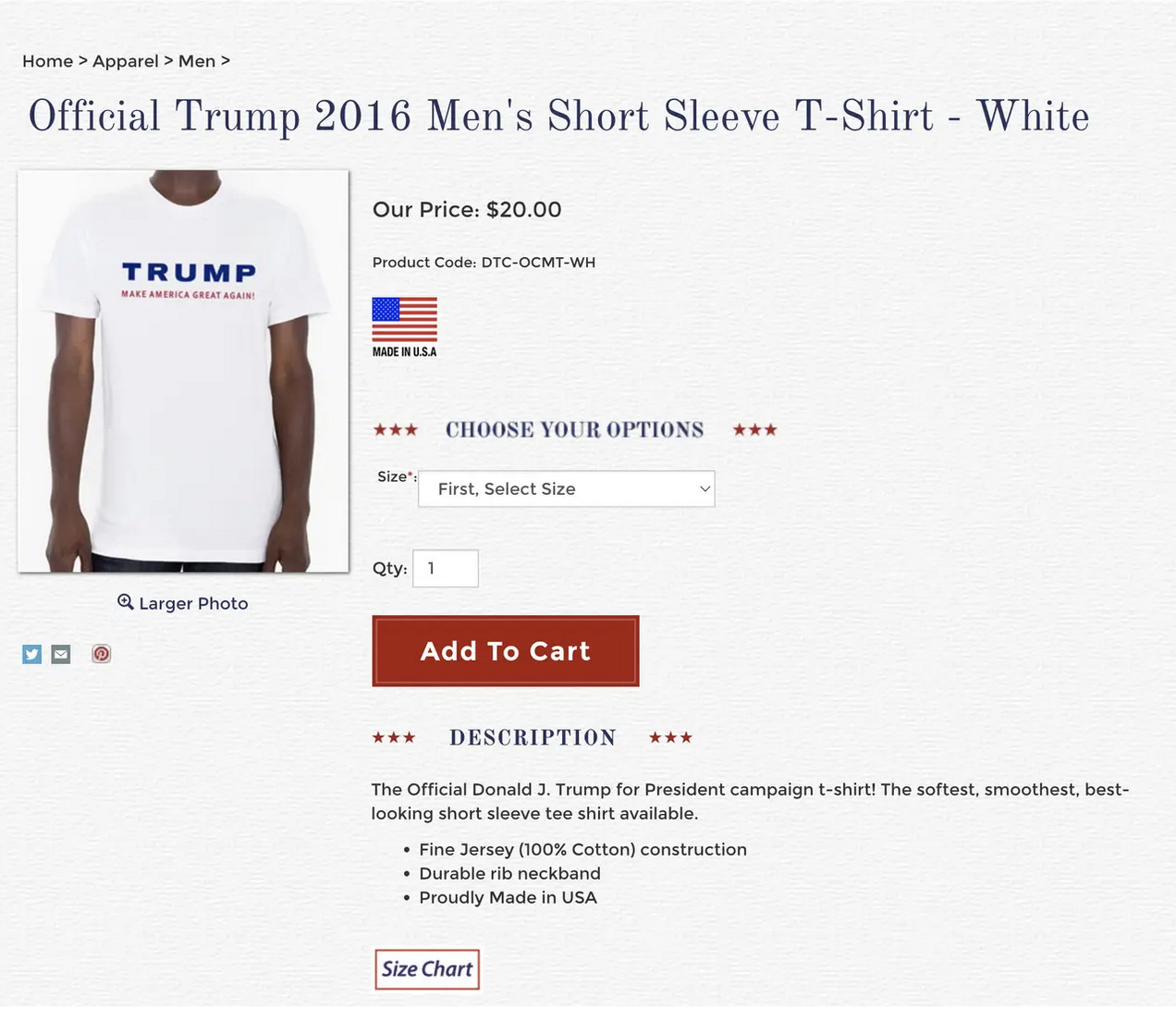 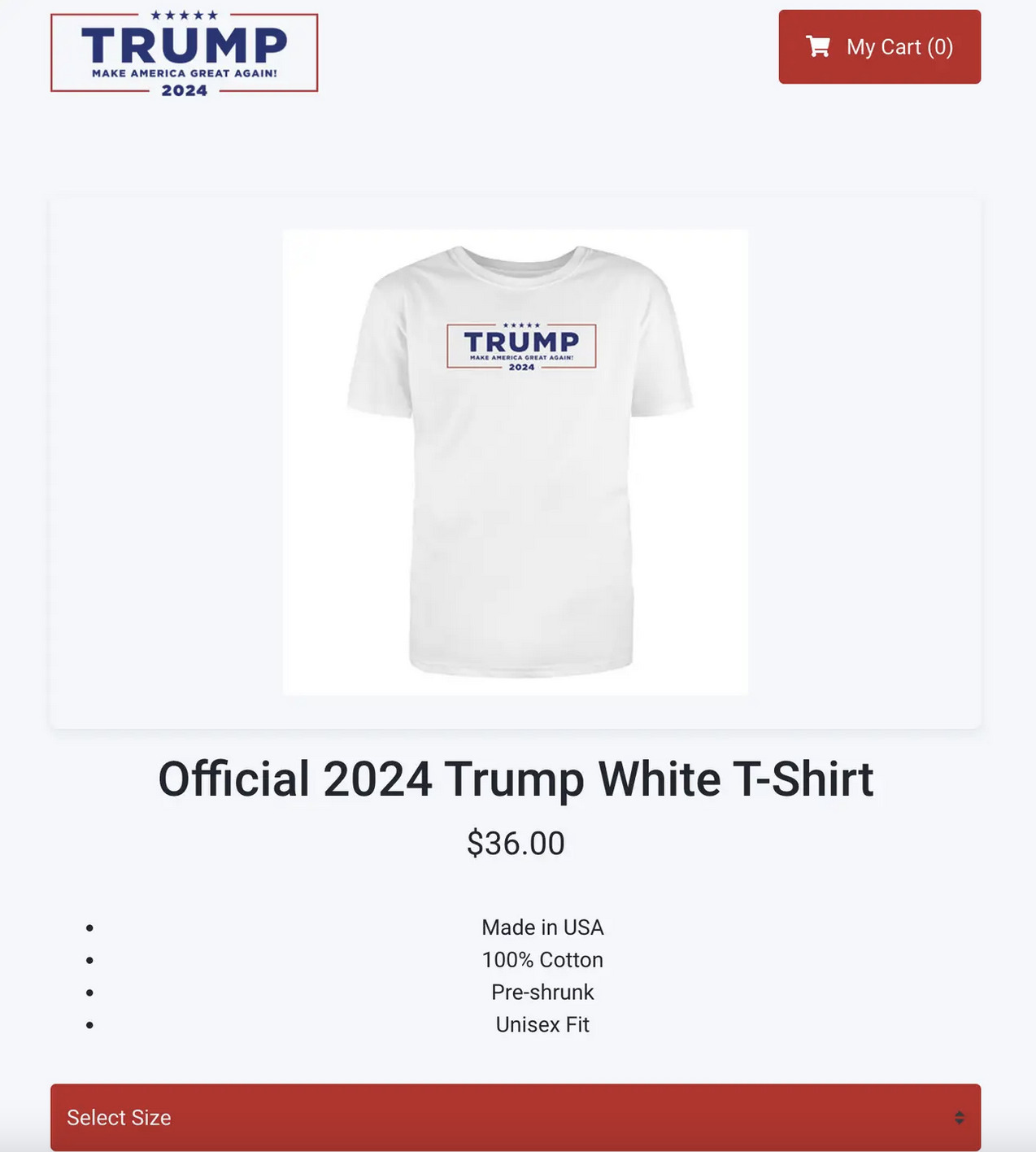 That, of course, means he has to raise more money for his nascent campaign. Promotional materials are a popular way to attract supporters who want to annoy the hell out of their neighbors with that MAGA flag or by wearing MAGA clothes. 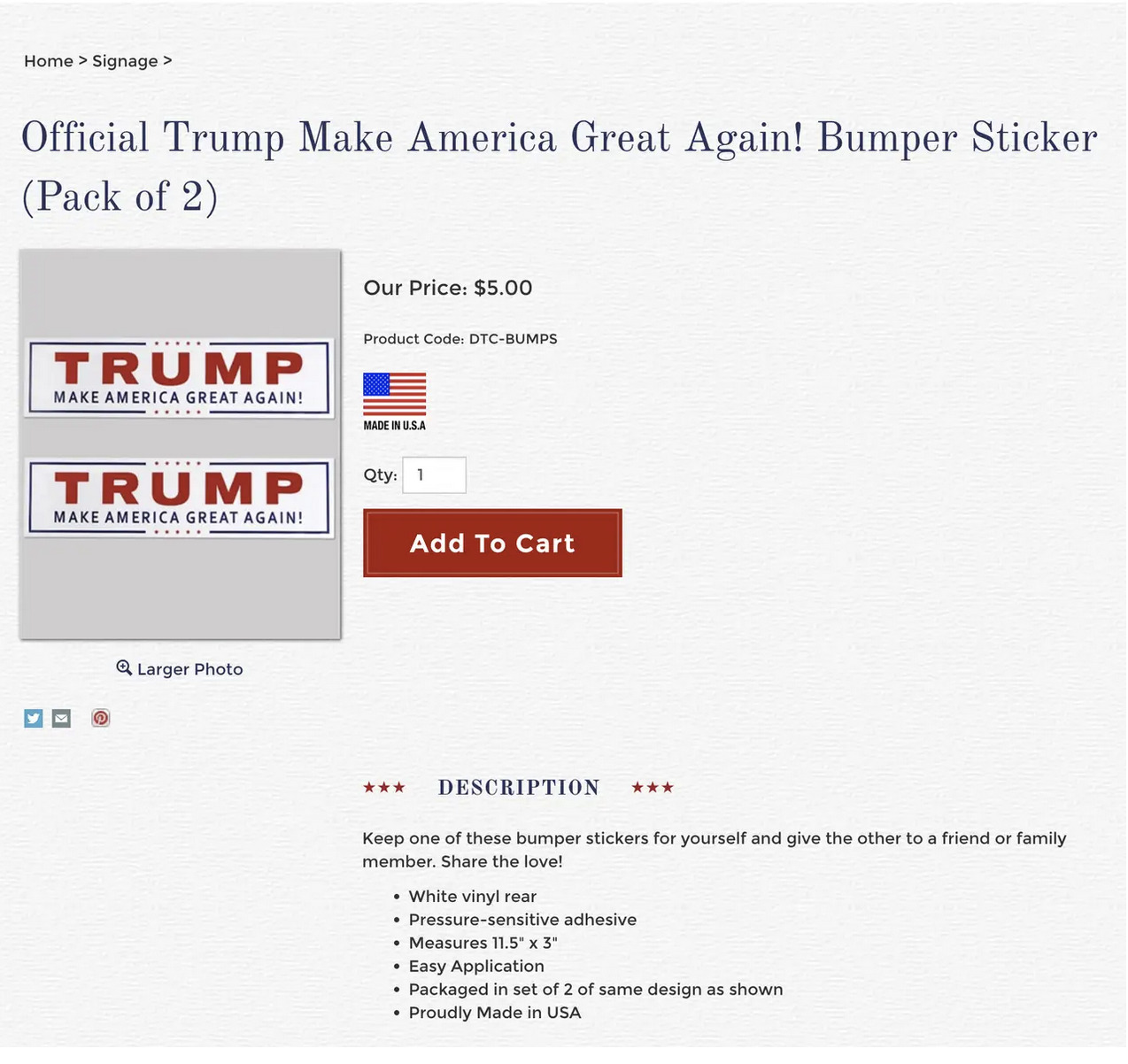 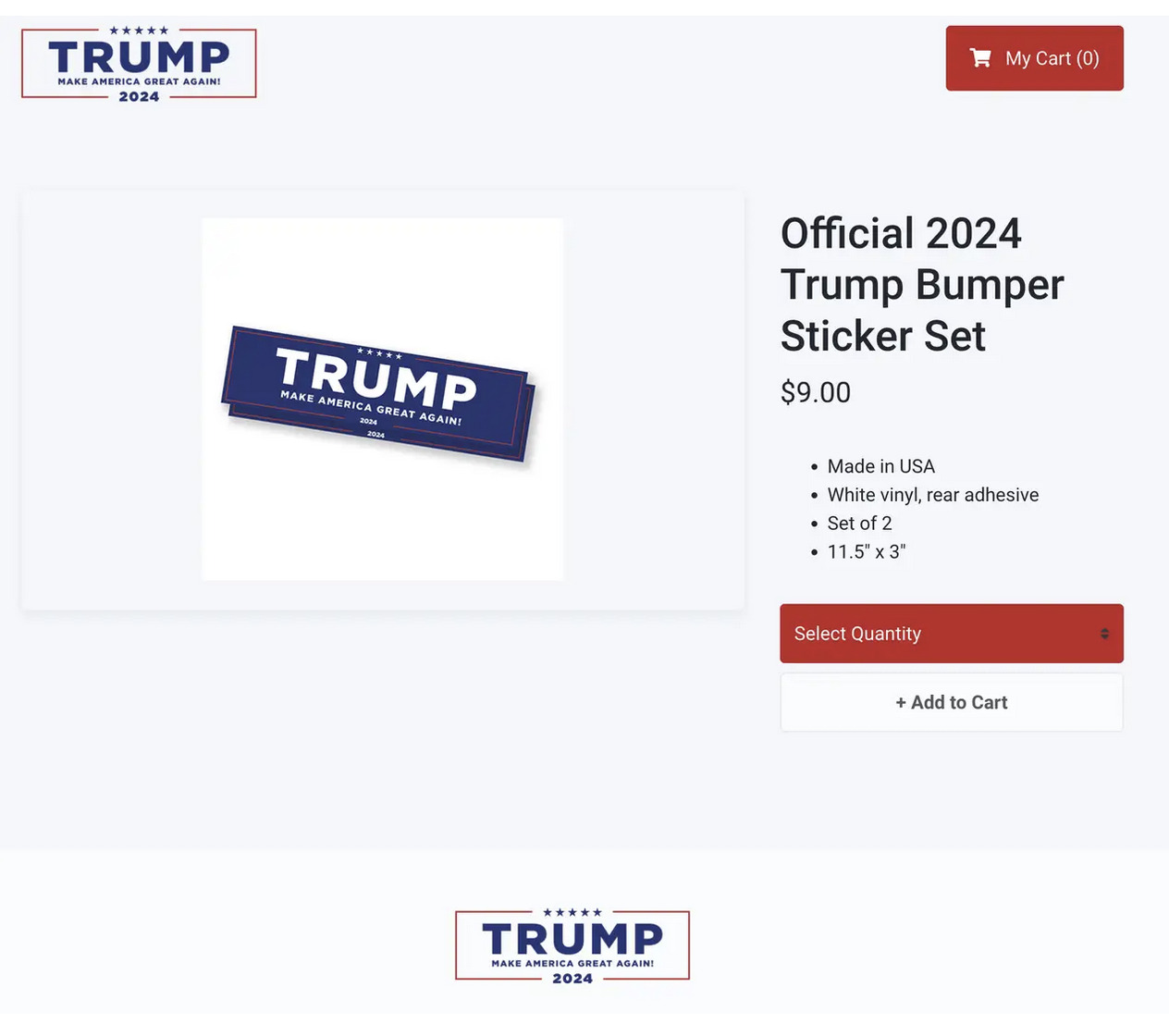