Man, Donald Trump is having a day.

Trump is still begging to be reinstated to his old job more than two years after losing the 2020 election, now calling for the “termination of all rules, regulations, and articles, even those found in the Constitution.”

Apparently, he thinks this is doable because of Twitter and how they handled the Hunter Biden story a few weeks before the 2020 election.

Seemingly on the heels of the underwhelming “Twitter Files” that revealed very little, Trump took to Truth Social to call for his return, or an entirely new election, due to the apparent “revelation of MASSIVE & WIDESPREAD FRAUD.”

Trump wrote, “So, with the revelation of MASSIVE & WIDESPREAD FRAUD & DECEPTION in working closely with Big Tech Companies, the DNC, & the Democrat Party, do you throw the Presidential Election Results of 2020 OUT and declare the RIGHTFUL WINNER, or do you have a NEW ELECTION? A Massive Fraud of this type and magnitude allows for the termination of all rules, regulations, and articles, even those found in the Constitution. Our great “Founders” did not want, and would not condone, False & Fraudulent Elections!” 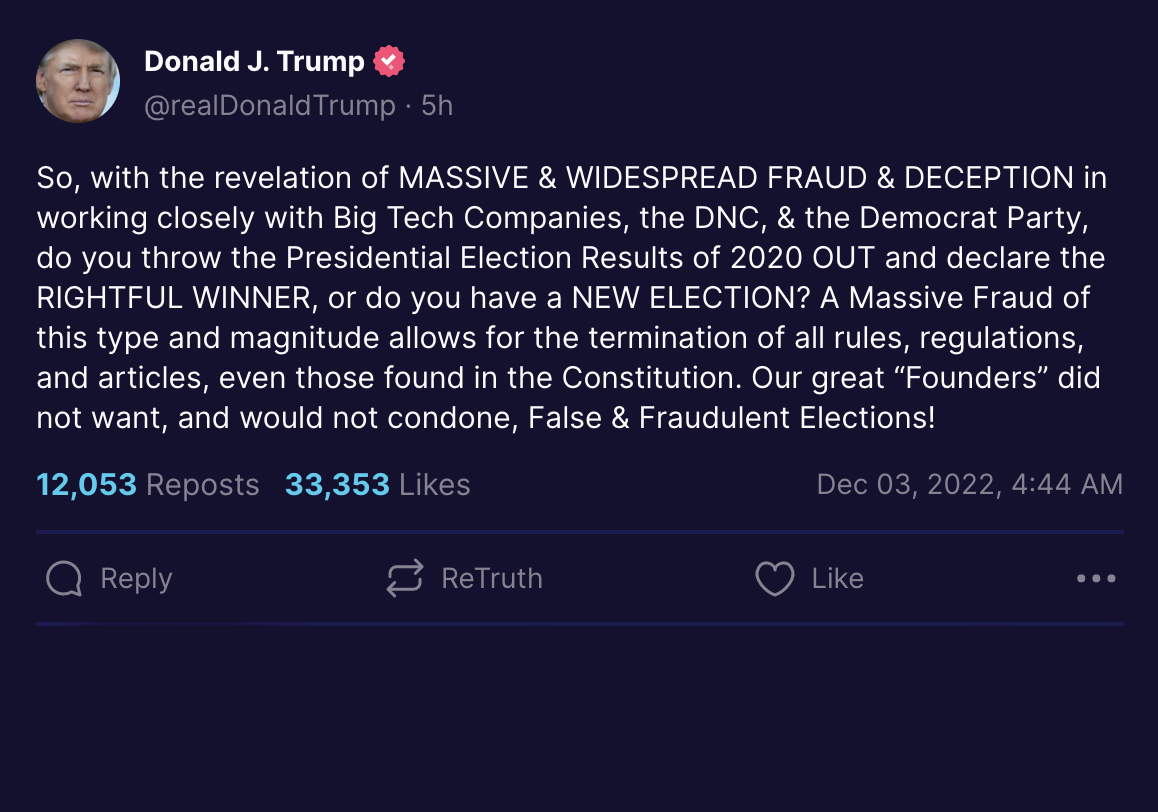 No fraud has been proven and Trump’s legal cases were each thrown out, with congress certifying Joe Biden as the rightful winner of the 2020 election.

Trump then went on to say, “The world is laughing at the United States of America and its corrupt and rigged Presidential Election of 2020!” 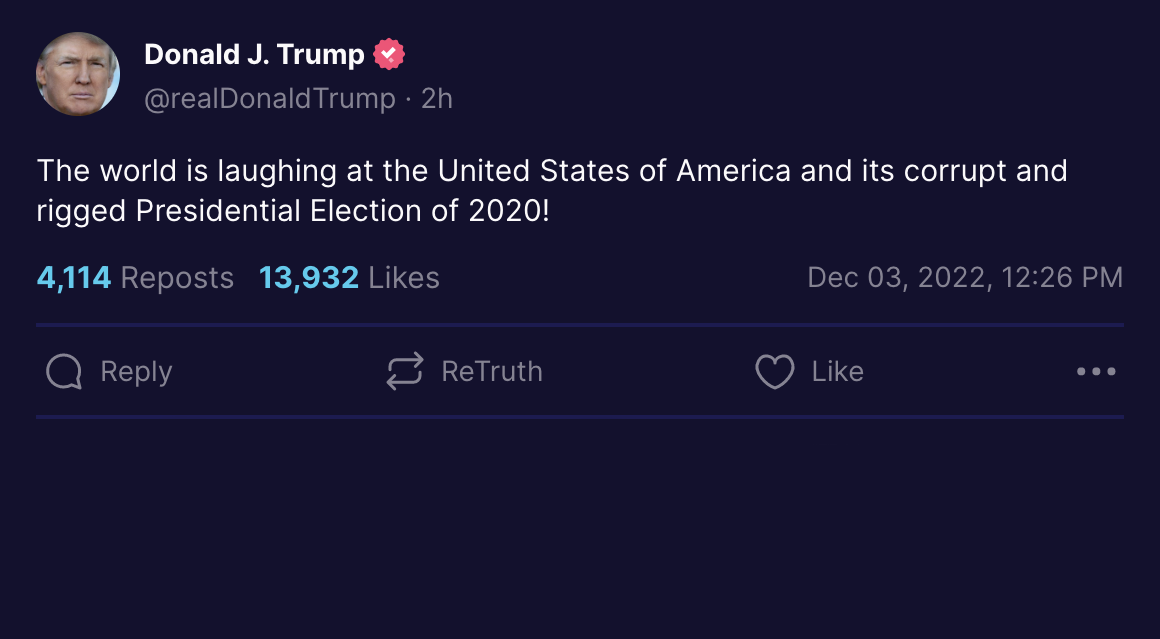 It really shouldn’t surprise anyone that Trump just wants to do away with the Constitution, and Twitter had some thoughts:

This also is textbook incitement of sedition.

Finally saying it aloud. We all knew since the escalator.

I feel that should be more of a major story.

So no more 2nd Amendment? Thanks Don!

Since it is the constitution that defines the presidency, would that mean that there is no presidency for him to reclaim?

Wait, isn’t this the same dude who would pay the National Inquirer dude to buy and bury the women that he sexually abused?

How about we enforce the rules and throw him in prison.

Translates to "The only way I'm staying out of jail is if I'm president and can pardon myself".

Is it bad that the leader of the Republican party is calling for the suspension of the U.S. Constitution?

If this is not sedition, I don't know what is …https://t.co/Rjn0fwEu2t