A 3.5-mile stretch of road in one of Los Angeles’ most iconic black neighborhoods was renamed “Obama Boulevard” on Saturday in recognition of the former president’s ties to the city.

The strip, previously named Rodeo Road, is home to Rancho Cienega Park — the venue where Obama held his first campaign rally more than 12 years ago shortly after announcing his candidacy in February 2007.

Obama also studied at Occidental College, located north of downtown Los Angeles, from 1979 to 1981, according to the motion filed by the city’s Council President Herb Wesson to rename the street.

In a statement on his website, Wesson called the renaming a way to “ensure that America’s 44th President’s legacy is shared for generations to come for Angelenos and visitors alike.”

This is not the first time a name change has been made in Los Angeles to honor Obama. Last year, a portion of 134 Freeway, located near the former president’s alma mater, was designated the President Barack H. Obama Highway.

But, as you can imagine, conservatives aren’t very happy about the new boulevard.

Fox News reported on the unveiling of the new name, and the commenters on FoxNews.com really lashed out, often in the most disgusting ways possible.

One user said, “Great idea. Now millions of loyal, patriotic Americans can wipe their feet on the pig every time they walk along it!”

Another user said, “It’ll be funny when they finally arrest him in the big conspiracy with the rest of the dems who were all in on the attempt to frame POTUS Trump with their phony Russia, Russia, Russia BS… maybe they could arrest him as he’s driving down the BHO highway of the hoods….”

And yet another calling Obama the Anti-Christ, “Why name a boulevard after the Antichrist unless you call it the highway to hell.”

Check out this delusion: “There will be so many roads, bridges, schools, airports, parks, civic centers, hospitals, space centers, military bases, etc., etc., etc., named after Trump in the coming decades. Obama deserves at least one stretch of dirty congested highway.”

This person is probably very pleasant is real life: “He didn’t show up because there was no money in it for him and his husband Michelle. How’s that 1% lifestyle going Barry?”

How can anyone believe this? 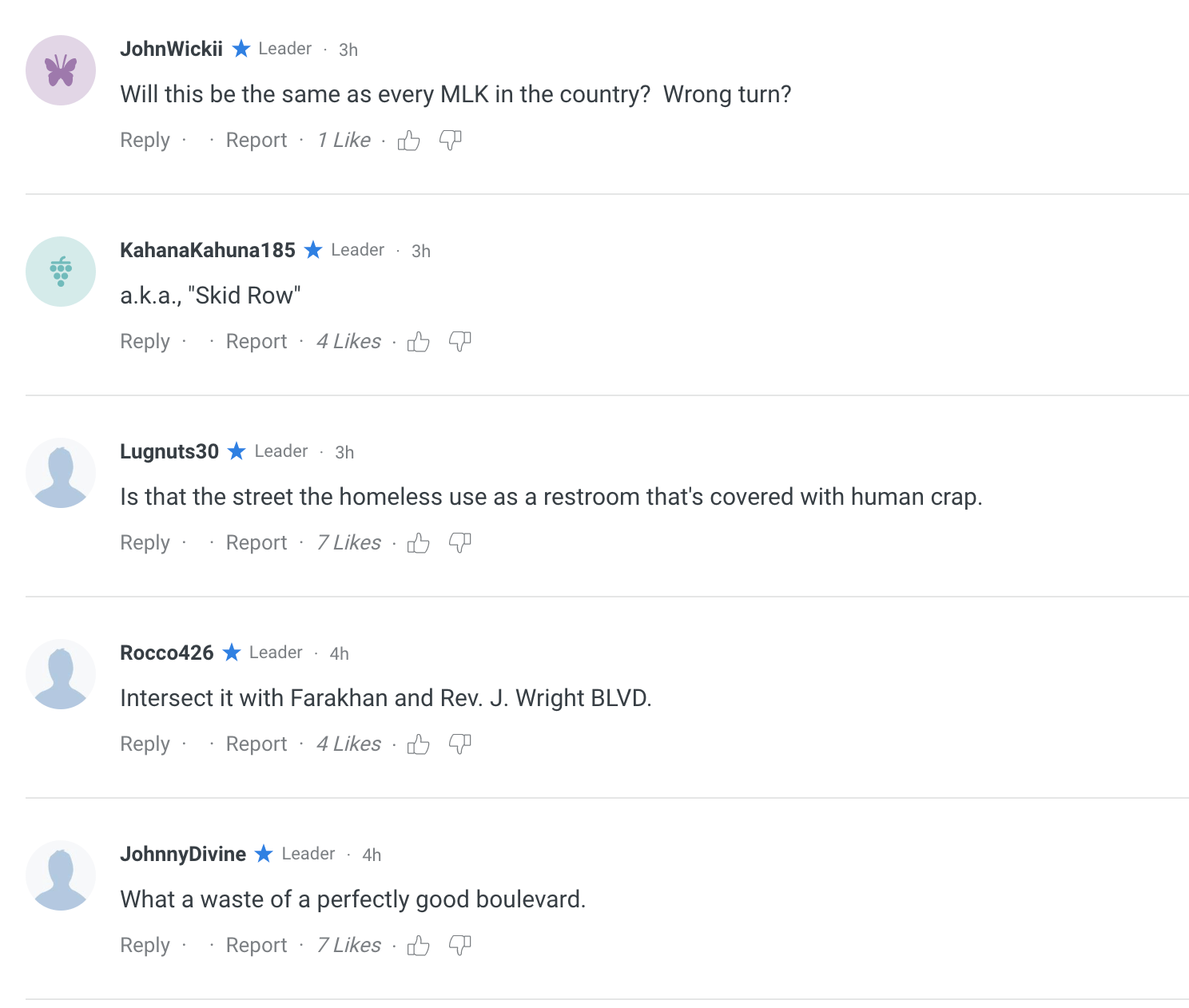