Melania Trump headed back to the United States on Friday morning and had a new look, which some people are saying is copying the Queen of England, while others are saying she is trying to emulate former First Lady Jackie Kennedy.

A blue headscarf, likely to be from Hermes, was wrapped around her head and she wore sunglasses over her eyes.

Melania received a lot of criticism on Thursday for her decision to wear sunglasses throughout the D-Day commemoration ceremony in Normandy, France.

One person noted how the First Lady appeared to have been inspired by Queen Elizabeth in wearing the look.

She was also likened to Jackie Kennedy by fans on Instagram. One wrote: “I was going to mention Jackie, scarves and big sunglasses because I saw a post yesterday criticizing Melania w/shades.” 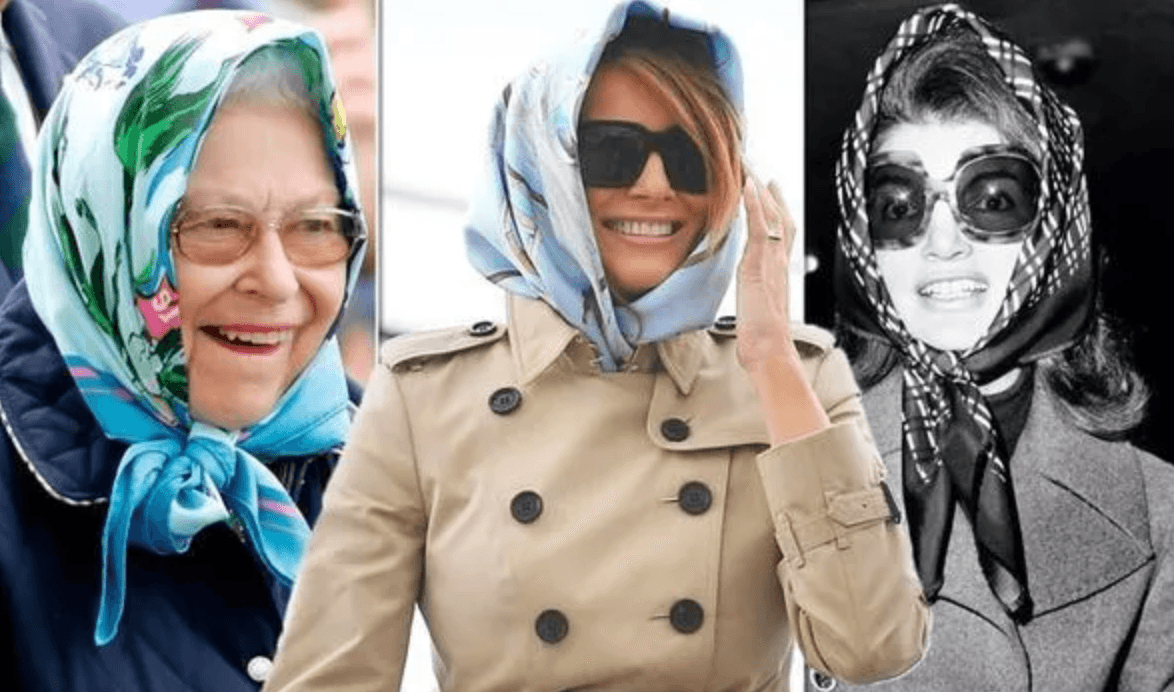 Another said: “Melania Trump is wearing a beige Burberry trench coat, an Hermes scarf, black Christian Louboutin stilettos, and round sunglasses as she departs Ireland today. This looks reminds me of a previous First Lady and fashion icon, Jackie Kennedy.”

The 60s fashion icon and former First Lady was famous for wearing large sunglasses and headscarves in a similar fashion.

Goes to Buckingham Palace once. pic.twitter.com/fQMIaD3WOn

plagiarizes everything it seems

Is she going to do the Queen wave, too?

all she does is make herself look like a pathetic Jackie O wannabe walking around with her orange-ass, racist husband https://t.co/xupw4oUBLF