There is nothing that Donald Trump Jr. loves more than sharing a good old meme about his dear old daddy.

Although the memes are sometimes incorrect and sometimes completely inappropriate, the 41-year-old continues to share them like a 16-year-old kid on 4Chan.

Junior took to Instagram to post this meme, which is a composite of a painting of Barack Obama, Bill Clinton, and a little Joe Biden just because. 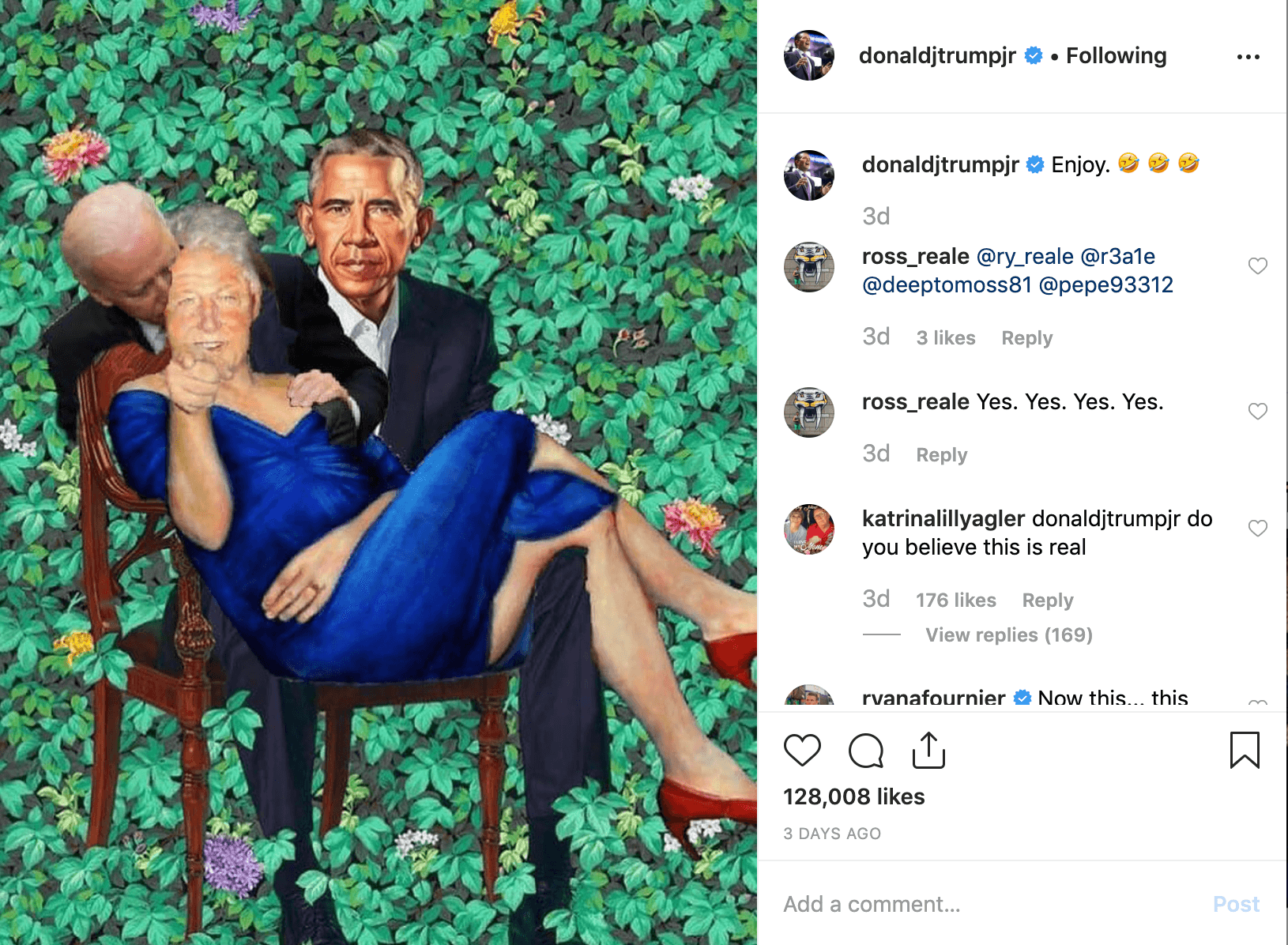 Another recent meme that has taken Trump Jr’s fancy is a hip-hop song about the president of the United States, which unlike YG’s classic 2016 tune “F*ck Donald Trump” is actually pro-Trump.

Apparently Junior thinks his orange father is the most hip-hop president ever. LMAO.

The song comes from a pro-Trump account called @LegendayEnergy and was posted in reply to a Trump tweet about the prime minister of Sweden, Stefan Lofven.

The most hip-hop president yet pic.twitter.com/hcZYtKV9Rc

Once Trump Jr ‘liked’ the tweet it was picked up by the @TrumpAlerts account, which is a bot that monitors every account and every tweet that members of the Trump family or his administration interact with.

Once people noticed this, the response were that of despair and a growing sense of all hope fading away, take a look:

We’re in the dumbest possible simulation

Junebug get ready for prison, your dad will be out of office soon and a 🚌 will be coming for him to throw you under, bijan will testify against you and flynn! Exciting times coming.#PervertInChief