After moving into the White House, Donald Trump immediately started working on something (presumably) extremely important to him: he got rid of some of the West Wing décor selected by the Obamas, and added a ton of gold to the place.

But it turns out Trump got rid of a bunch of nice, modern furniture pieces his wife, Melania, picked out as well.

As you’ll likely recall, Melania didn’t immediately move to the White House after her husband’s inauguration; instead, she stayed in New York City for a few extra months until their son, Barron, finished the school year. Then she headed to Washington.

But before the First Lady finally moved into her new home, she tried to help decorate the place. Per the New York Times:

Mrs. Trump, a former fashion model who prefers clean, modern lines, had chosen some furniture for the White House residence in the months before she joined her husband in Washington. Yet in her absence, President Trump — whose tastes veer toward the gilded, triumphal style of Louis XIV — replaced her choices with several pieces he liked better.

The Times notes that a person “familiar” with the situation said it was merely “an example of Mr. Trump’s tendency not to relent on even the smallest requests from his wife.”

Meanwhile, Melania’s spokeswoman Stephanie Grisham told the Times that the furniture replacement was done by both the president and Melania. “They both chose the décor,” she said.

Strange that anyone wouldn’t jump at the chance to distance themselves from Trump’s tacky gold interior-design taste.

I mean, just look at this: 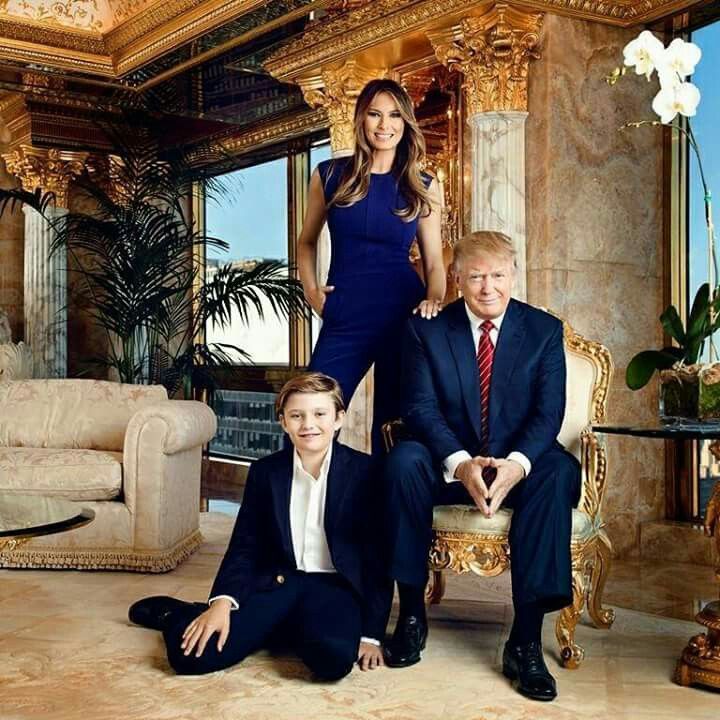 This actually hurts my head: 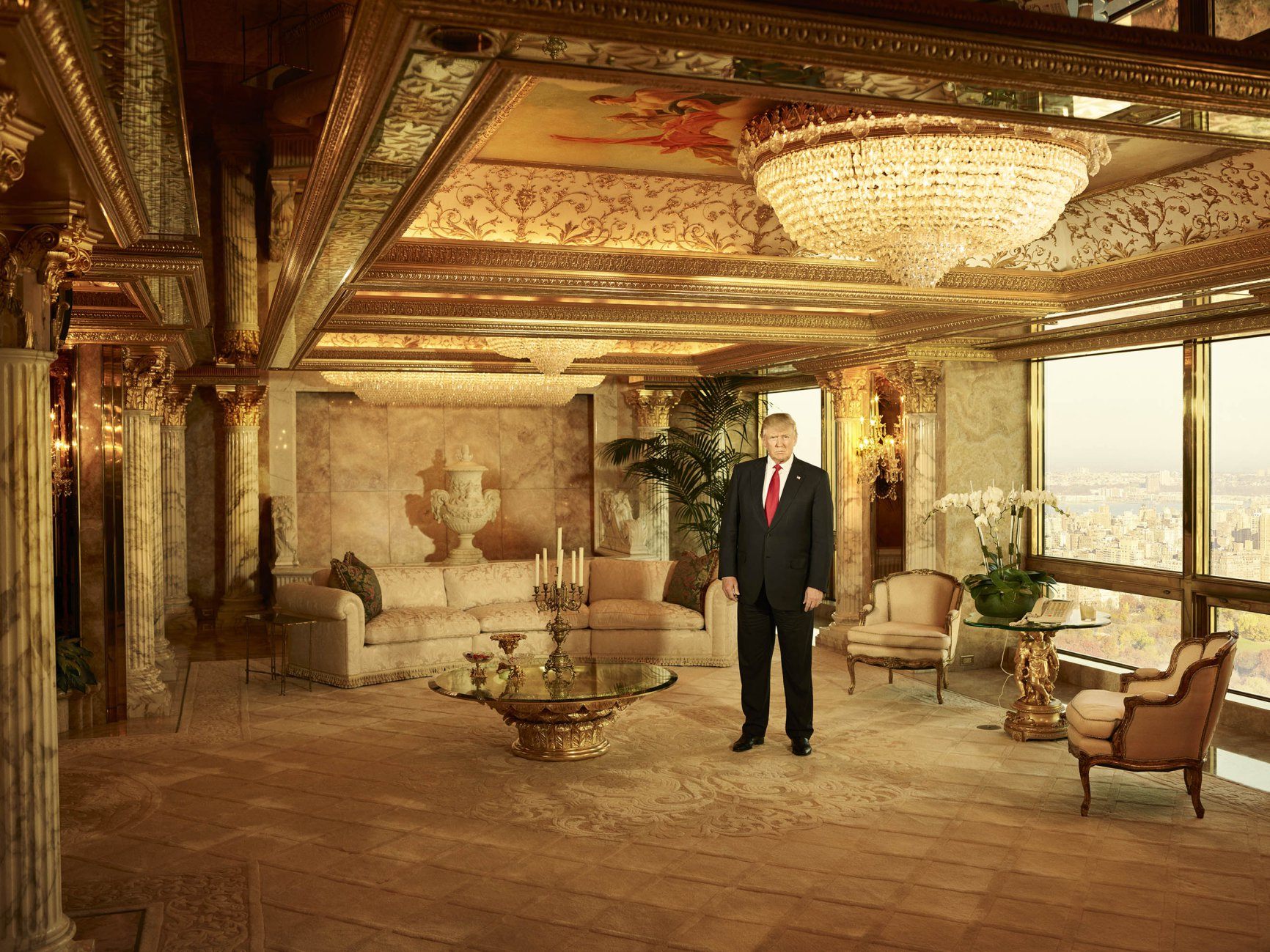 Whether or not Trump’s changes applied to the entire residence is unclear—the same report notes that Melania is known to maintain a separate bedroom from her husband, so it’s possible that her personal style could be more evident there.

Though unconventional to some, having distinct personal spaces is commonplace for the couple, who reportedly maintain the same arrangement while traveling together, opting for separate hotel suites.

The desire for privacy is hardly unusual for the Melania, who has become known as much for her tendency to remove herself from the public eye as she has for her work as First Lady.

Indeed, while recent First Ladies like Michelle Obama maintained an extensive roster of public engagements, Melania is said to spend much of her time in the Presidential residence, focusing on raising her son Barron.

In public, Melania has faced controversies recently, including her choice to wear a Zara jacket emblazoned with the phrase “I really don’t care, do u?” while boarding a flight to visit two immigration facilities on the Texas border as well as claims that portions of a pamphlet for her “Be Best” campaign to promote awareness of children’s issues were plagiarized from one released by the FTC during the Obama administration.

While she might have lost out on the furniture debate, the aforementioned campaign is also proof that not all of Melania’s decisions are up for veto. “The president suggested that Mrs. Trump choose a different topic to avoid questions about how the wife of a notorious Twitter bully could lead a campaign to spotlight anti-bullying and other child wellness efforts, and he warned her that she was opening herself to such jeers,” the Times writes. “She rejected his advice, and publicly said she was willing to face the criticism.”

Lauren Boebert Mocks ‘Super Smart Lawyers’ and ‘Career Politicians’ to Brag About Her GED and ‘Experience’: Forgets Her Rap Sheet

Melania is DONE: Watch Her Refuse to Stop for Photos After Landing in Florida with Donald