“It is truly an honor to come back to New York City to Madison Square Park to be the first president to ever attend America’s parade,” he said, touting his New York City roots.

His comments drew mild and subdued applause from the crowd.

“Veteran satisfaction is at 90 percent,” the president said, adding that it’s the highest in the history of the agency.

Trump noted the presence of veterans from the recent conflicts in Afghanistan and Iraq, the first Persian Gulf War, the Vietnam War, the Korean War, and World War II.

He noted that this year, the parade honors the U.S. Marines, which recently celebrated its 244th anniversary. It’s also the 100th anniversary of the Veterans Day Parade.

“It is very fitting that the Veterans Day Parade begin right here in New York City,” Trump remarked. “Since the earliest days of our nation, New York has exemplified the American spirit, and has been at the heart of our nation’s story of daring and defiance.”

According to tapsbugler.com, when Taps is playing at a military funeral, memorial service or wreath laying ceremony:

– All present not in uniform should stand at attention with the right hand over the heart;

– Men not in uniform should remove their headdress with their right hand and hold the headdress at the left shoulder, the hand being over the heart;

– Veterans and active-duty service-members not in uniform may render the hand salute;

And Melania does seem to know the protocol, as she placed her hand over her heart when Taps was played on 9/11:

Pres. Trump, Melania Trump place their hands over their hearts as “Taps” is played in memory of lives lost on 9/11 https://t.co/EyagHYJPxZ pic.twitter.com/RxE6gs6YPU

However, no one on the conservative side seems bothered by Melania’s slight.

melania didn't put her hand over her heart as they played taps, im told this was once cause for much presidential scandal pic.twitter.com/EK4cwGk6as

When Michelle Obama was First Lady, conservatives used every opportunity they could to slam her for not placing her hand over her heart.

There was this image that went viral that purported showed Michelle Obama checking her phone instead of placing her hand over her heart, BUT IT WASN’T EVEN MICHELLE OBAMA!! 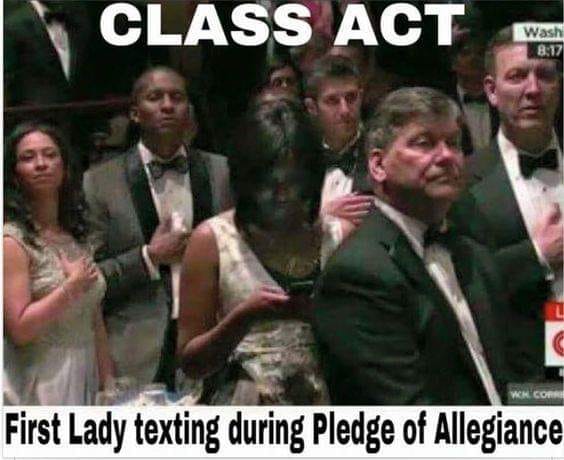 I mean, just look at this meme: 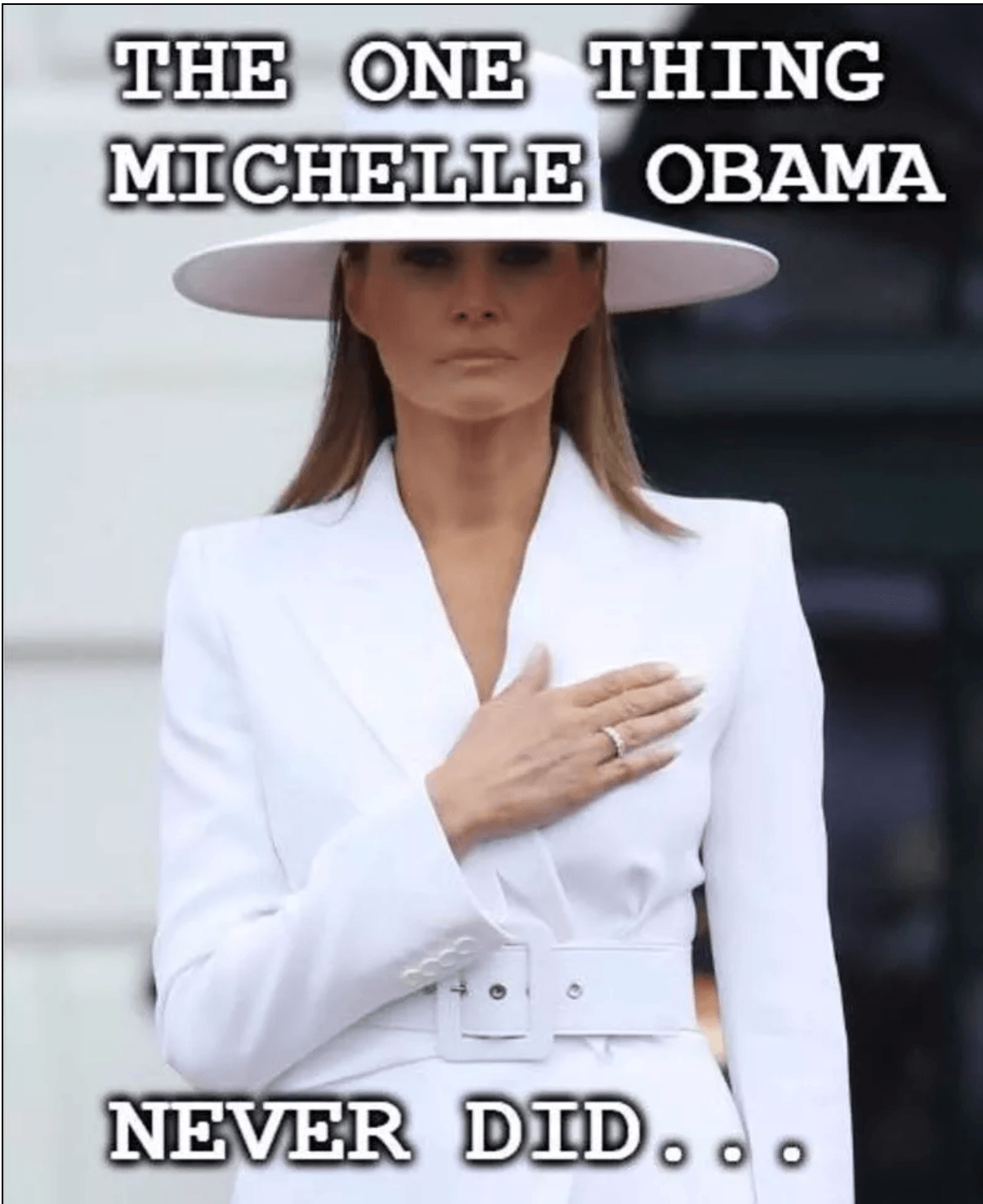 Luckily Snopes.com completely debunked this so I don’t have to.

So, when can we expect the Republican outrage??

Biden Unleashes His Anger to Save Democracy: We Are Going to Fight Like Hell!!

Fox News’ Gutfeld: Time for Boomers to Take Democratic Party Back from Young ‘Loonies’ Like AOC

Fox’s Gutfeld: Time for Boomers to Take Democratic Party Back from Young ‘Loonies’ Like AOC