This week, The Washington Post published a story about the experiences of undocumented workers employed by the Trump Organization, both before and during his run for the presidency.

It’s full of anecdotes of hypocrisy and raises important questions about immigration and underpaid labor.

But buried many paragraphs into the narrative is a section detailing Trump’s unusually specific habits and requests, like requiring exactly 2.5 boxes of Tic Tacs in his bedroom at all times.

Then came this sentence: “The same rule applied to the Bronx Colors-brand face makeup from Switzerland that Trump slathered on — two full containers, one half full — even if it meant the housekeepers had to regularly bring new shirts from the pro shop because of the rust-colored stains on the collars.”

The story moves right along into the president’s penchant for Irish Spring soap, never pausing to consider the remarkable fact that we finally have concrete information about Trump’s face.

This is information reporters have been trying to find for years.

It’s a fact that Trump’s face appears as an unnatural shade of orange.

But it’s not at all clear how it got that way.

One theory is that he uses a tanning bed, which Omarosa Manigault claimed in her book; the White House denied it.

This idea is supported by the fact that the skin around his eyes looks lighter than the rest of his face, possibly because of the protective goggles one wears in a tanning bed. 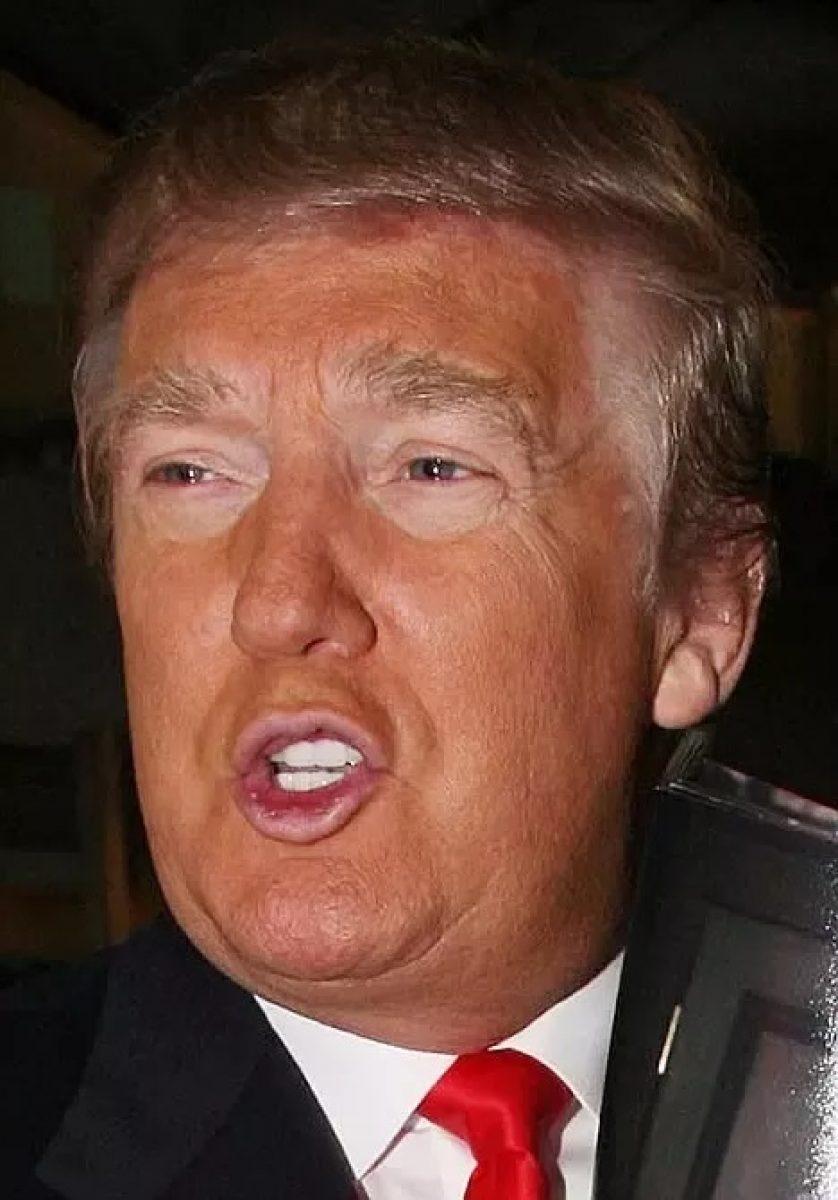 One official told The New York Times it was “good genes.”

Last September, Trump complained about energy-efficient light bulbs (which his administration has tried to block) making him look orange to House Republicans at a policy retreat.

Jason Kelly, a makeup artist who touched up Trump’s makeup during the Republican convention in 2016, thinks it is makeup on top of tanning.

He told the paper, “When I see him, I see a line of oxidized bronzer around his hairline. The application is like a kindergartner did it.”

It even offered shoppers a special deal, splashing the Post’s story on its landing page: Buy anything on the site and get one of the orange tubes for free. 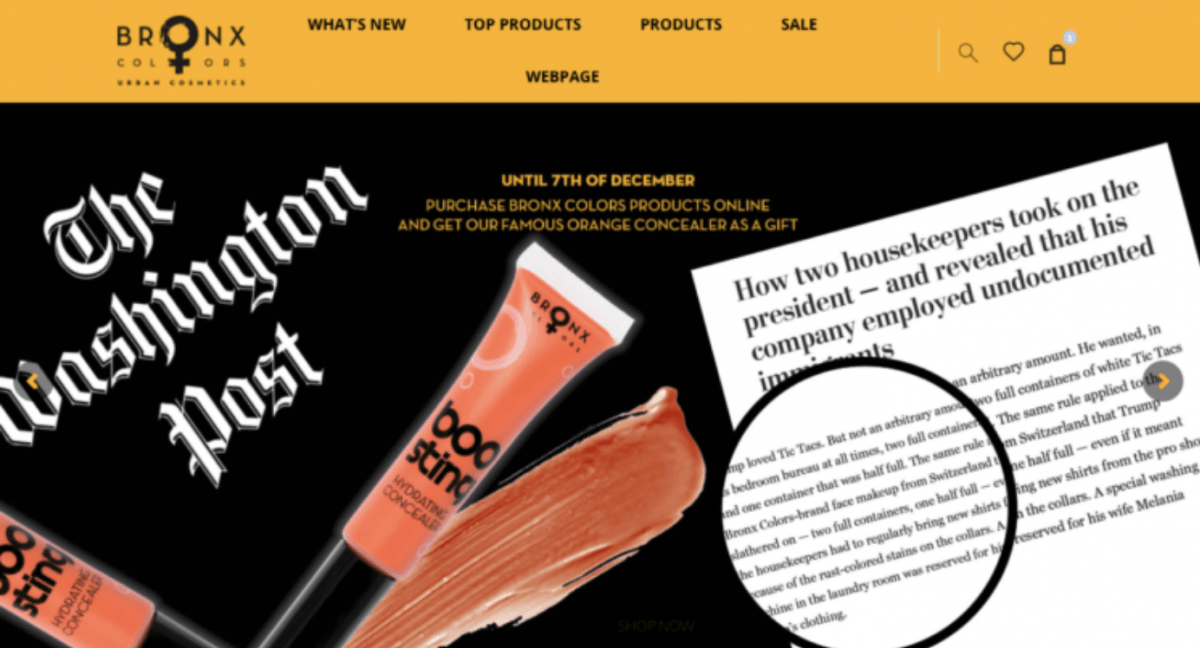 The site has crashed multiple times since the story was published.

Bronx Colors is an inexpensive Swiss makeup brand that was founded in 2015 by Werner Kaufmann.

“We are not sending him a product knowing that we are sending products to him, because there are different ways he can get it,” she says.

Von Känel confirmed that she spoke to David Fahrenthold, one of the reporters who broke the story, who asked her the same question.

He tweeted after the story broke that when he asked the housekeepers what makeup shade it was, one replied “una naranja espantosa,” which roughly translates to “a scary orange.”

Von Känel says, “They mentioned how [the housekeepers] described it and it can only be that one,” she says, meaning the orange concealer.

The brand is currently only sold directly in a handful of European countries and the UK, but has wider distribution in about 40 countries.

Bronx Colors has never really caught on in America.

Perhaps that was for the best.

One YouTube review, with over 300,000 views, was a brutal takedown.