Following the election, one of the White House traditions is for the current president to invite the incoming president-elect and First Lady into the Oval Office for a brief sit down, followed by a photo op with both couples.

After Donald Trump was elected president in November 2016, President Obama and First Lady Michelle invited the Trumps over for a meeting, per tradition — but a photo of the two couples never materialized.

According to the Wall Street Journal, “The Obamas canceled a photo-op of the current and future first couples outside the south entrance of the White House.”

Why? Well, that’s a little unclear, especially considering that the Obamas adhered to the tradition back in 2008, when George W. Bush was the outgoing President of the United States. As the WSJ reports:

In his first visit to the White House after the 2008 election, Mr. Obama and first lady Michelle Obama posed for the cameras alongside President George W. Bush and first lady Laura Bush. The decision not to participate in this tradition illustrates how bitter the campaign was, particularly for Mrs. Obama who delivered some of the most emotional arguments against electing Mr. Trump. 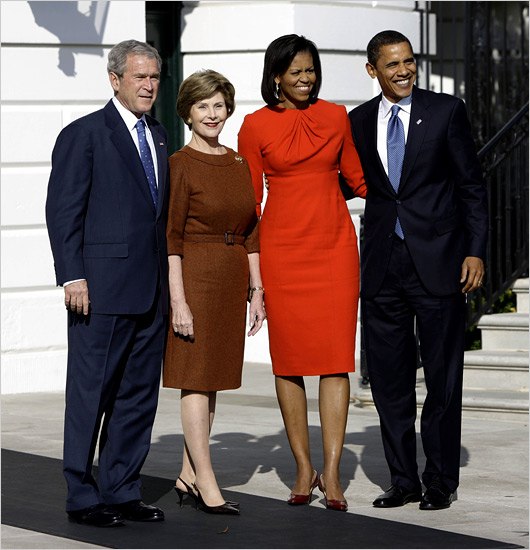 It’s no secret that there’s little love between the Obamas and the Trumps.

“The missiles fired last night at us and our allies were paid for with the funds made available by the last administration,” Trump said after the attack.

Trump has similarly expressed intense criticism of the Obama administration, referring to Obama’s handling of foreign affairs as “weak” and “ineffective.” “I think he’s the worst president, maybe, in the history of our country,” Trump said on Fox News.

In appears Trump tried, albeit briefly, to be cordial.

Following the meeting of Obama and Trump, President Obama said he had an “excellent conversation” with Trump about both foreign and domestic policy issues, while Trump referred to Obama as a “very fine man.”

I mean, you can just see the hate: 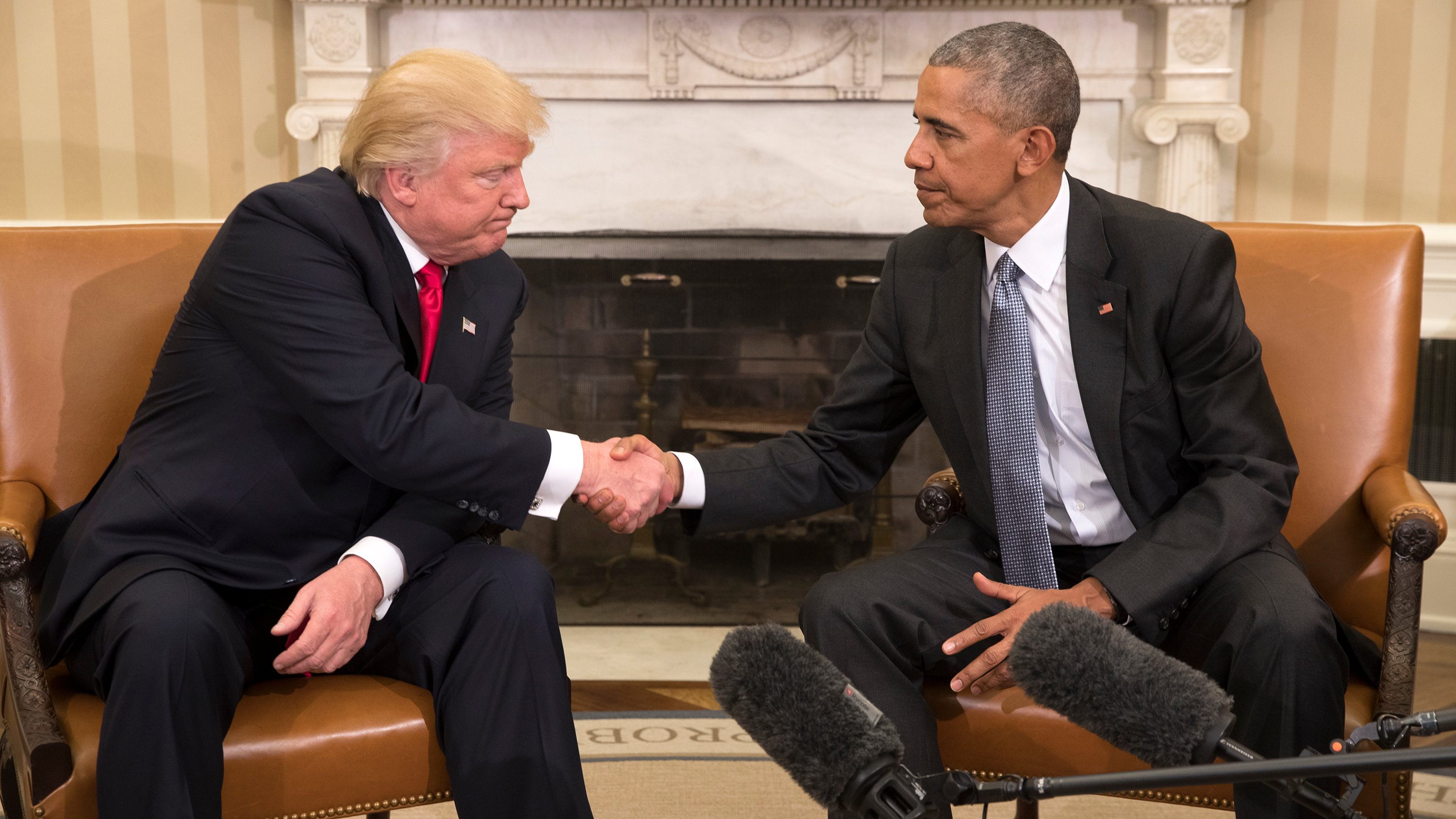