The average Joe wanting to become a U.S. citizen must have perfect record and a squeaky clean past…but apparently the rules don’t apply to Melania Trump’s father, Viktor Knavs.

Having previously lived on green cards sponsored by Melania, who moved to the United States from Slovenia to work as a model in 1996, Knavs swore an oath of citizenship in a naturalization ceremony in New York almost two years ago– taking advantage of a form of “chain migration” that Donald Trump has previously tried to appeal.

So who is Viktor Knavs?

A member of the Communist Party as a young man, 78 year-old Viktor lived in the rural town of Sevnica in Slovenia, then part of Yugoslavia, which was best known for its medieval castle and annual salami festival – at least until his son-in-law’s unexpected ascent to the White House.

In the former Yugoslavia, membership of the Communist Party was a highly-coveted privilege reserved for an elite few – it’s not known how Viktor won his place, although some have speculated that his job as a chauffeur for a mayor of a neighboring town may have played a part.

According to the New York Times, Knavs was described by former neighbors as a “larger than life” character, who carried himself in much the same way as his future son-in-law, Donald Trump, and had a fondness for Mercedes and Masaratis.

After working as a chauffeur, Viktor became a traveling car salesman before eventually opening up a moderately successful shop selling bicycles and spare car parts.

He met wife Amalija in 1966 and the pair had a daughter, Ines, before Melania was born in 1970. The family moved to a government-owned housing block for workers of a nearby textile factory and later bought an apartment in the capital city of Ljubljana.

The building’s superintendent, Joze Vuk recalled that Viktor “always wore a tie, smart clothes and carried a briefcase.You could not avoid noticing him.”

Donald Trump described his father-in-law as “pretty successful” in a 2016 interview. “It’s a different kind of success than you have here. But he was successful.” 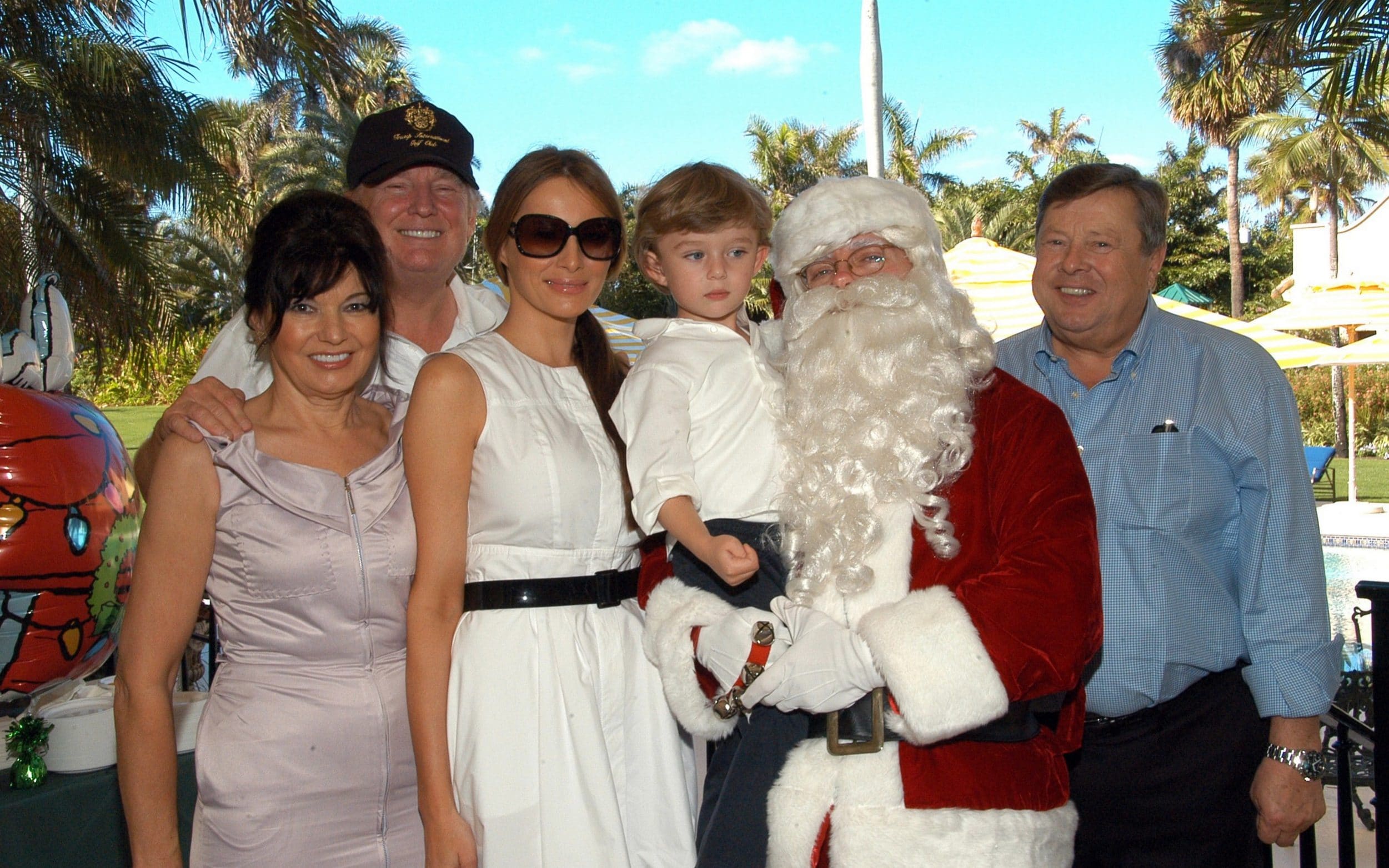 Viktor has now put his humble Slovenian beginnings behind him, and spends much of his time in Trump Tower in Manhattan, Mar-a-Lago, his son-in-law’s glamorous beach resort in Palm Beach, Florida, as well as Trump’s golf resort in Bedminster, New Jersey.

But Knavs also has a hidden past that includes a criminal record.

The Daily Beast claims that Melania Trump’s biographer discovered that Viktor Knavs had a record with the Yugoslavian secret police back in Slovenia.

Author Igor Omerza said that when he was reading through the database of the archives of the secret police archives, Knavs was revealed as having a criminal record. Despite this fact, Viktor and his wife, Melania’s mother, both easily became U.S. citizens.

Viktor Knavs was listed as a person with a criminal record, being found guilty of two items in the “Yugoslav Penal Code.” There are no details of the crime committed, but the report indicates that it was related to “the acquisition, sale or production of goods without the explicit permission of the Socialist Federal Republic of Yugoslavia.”

A person convicted of those crimes would normally face up to 10 years in jail, as well as significant fines.

From “Making Melania Trump: Inaccuracies, lies and family secrets of the potential First Lady of the Unites States,” Požar writes:

“That Viktor Knavs indeed did spend time in jail was also directly confirmed in an interview for the American TV station Univision from Miami, Florida, by the Sevnica local Anica Dernač…the mother of one of Melania Trump’s childhood friends…The criminal offenses are most likely connected with illicit sales of cars.”

Now, I do want to add a disclaimer here. I do not know how reputable the above Slovenian reporters are. However, Melania Trump is known to quickly sue anyone reporting lies about her and I am unable to find any record of her disputing the above facts. If I do, I will add them to this article.

From the Daily Beast:

“In Slovenia, Knavs’ lawyers have said that despite the secret police record he was never convicted, charged, or even investigated for tax evasion, but they reportedly acknowledge he was investigated for smuggling.”

David Leopold, an immigration attorney who formerly headed the American Immigration Lawyers Association, told The Daily Beast that a tax fraud conviction—if one exists against Knavs—could have kept Knavs from getting a green card, and could now potentially be grounds for revoking his citizenship.

Michael Wildes, the immigration lawyer for Melania Trump’s parents, said there is nothing strange going on and they followed the rules 100%.

“Mr. Knavs’s application for U.S. citizenship was properly executed and adjudicated, consistent with the Immigration and Nationality Act. His naturalization process was no different than anyone else seeking citizenship in this country.”