Donald Trump was spotted dining at his Trump International Hotel in Washington DC on Wednesday night, and let’s just say the man was looking rough.

Despite having what he says was his best week ever, Trump looked a little rough around the edges, and quite frankly…tired.

California Rep. and top Trump sycophant Kevin McCarthy posted a photo to his Instagram on him dining with the president, along with Rep. Jim Jordan (who was wearing a jacket), Rep. Mark Meadows, Sen. Perdue, and Trump’s social media director Dan Scavino.

HOW ARE YOU FEELING GRANDPA? pic.twitter.com/aCBq1oaqOm

People of the page, please look at this man. 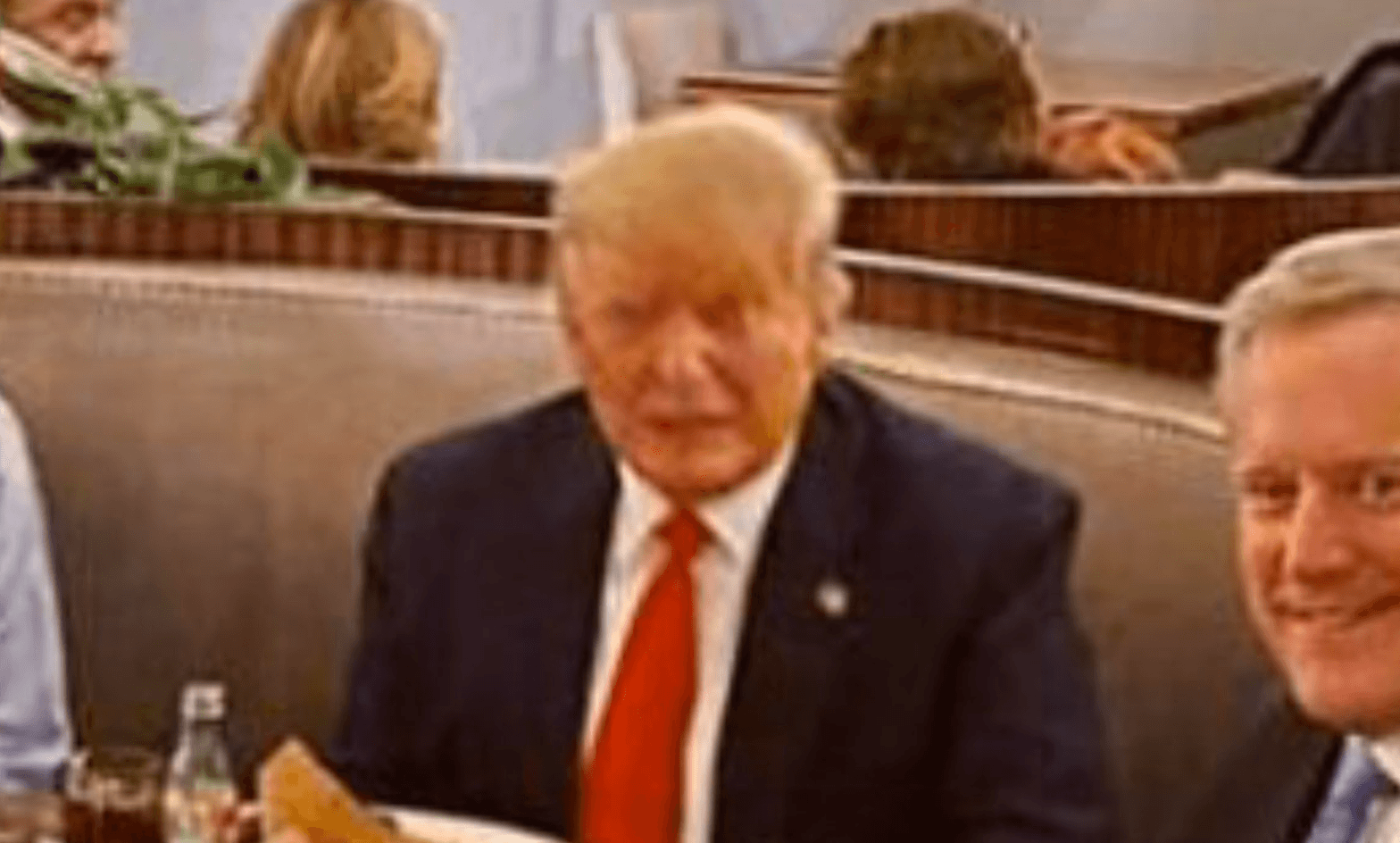 Now if you ask anyone in Trumpworld if the president is healthy, they will say an unresounding YES! Trump is the healthiest president to ever lead the nation in the history of the world!

But is he? Really?

Remember, Trump has had to submit to his annual physical this year, which has historically happened in January.

But back in November, Trump made a trip to Walter Reed National Military Medical Center in Bethesda, Maryland, as White House press secretary Stephanie Grisham put it, to “begin portions of his routine annual physical exam” on Saturday. But there are indications the trip wasn’t as routine as the White House would have the public believe.

Does this look routine to you…the White House doctor RUNNING to Trump’s motorcade to get him to Walter Reed as quickly as possible?

POTUS health. WH says Saturday trip to hospital was “routine” & he’s “fine” despite break from past practices. Here is glimpse of Pres Trump and what appears to be WH physician Sean Conley getting into motorcade. Watch. (h/t @WinstonNBC) pic.twitter.com/8ZynFF2ytQ

And let’s just say everything the White House said was true. That Trump indeed had free time on his calendar and started his physical.

It’s been 89 days since that day…do people normally have a 3-month wait between parts of a physical? And since when do physicals have parts?

Regardless, once the photo of Trump “draining the swamp” at his own hotel appeared on Twitter, people had some thoughts.

Man his face looks like some sort of evil demon spirit that can't be photographed. 😂😂

Is this a bad picture or is his face actually melting?

Is this a bad picture or is his face actually melting?

Why does he look so shriveled? Smaller than Gym "yes I knew about it" Jordan who isn't a big guy.

Sweet! They pulled Pops out of the nursing home for a lunch at Denny’s

Was someone there to cut his steak? I don’t see him having the fine motor skills to do it himself. There must be a video of him eating.