A group of evangelical women prayed over Donald Trump by laying hands on him when he unexpectedly appeared at their event in his Washington D.C. hotel.

Video shows Trump in the center of the group of at least a dozen women, all with heads bowed and arms outstretched toward him or touching his shoulders in prayer.

“Father, we ask you that you protect him. That you to lift him up, that you give him strength and know that he must be tired at times. And we just pray that you give him power like none other. We love him, we hold him up, and we thank you. Amen.”

LMAO. Tell me again this isn’t a cult!

The event took place at Trump International Hotel in Washington, D. C., but was not on the president’s agenda for the day, blog 1100 Pennsylvania revealed.

Trump made the appearance with televangelist and his longtime faith adviser Paula White as he continues to aggressively pursue evangelical and religious voters, having held a rally in Miami and being the first sitting president to attend a March for Life.

This is a cult.

These "Christian" women are praying for a man (who likes to grab other prettier women by the pussy) for him to have "power like none other."

And for what it’s worth, it was the same night that he was spotted looking quite awful:

HOW ARE YOU FEELING GRANDPA? pic.twitter.com/aCBq1oaqOm

And it should be noted, that Trump promised he would separate himself from his business when he became president.

“President-elect Trump wants there to be no doubt in the minds of the American public that he is completely isolating himself from his business interests. He instructed us to take all steps realistically possible to make it clear that he is not exploiting the office of the presidency for his personal benefit…President-elect Trump as well as Don, Eric, and Allen [Weisselberg the Trump Org CFO] are committed to ensuring that the activities of the Trump organization are beyond reproach and cannot be perceived to be exploitive of the office of the presidency.”

But here you will see Trump as president at a lectern promoting his brand at his hotel. 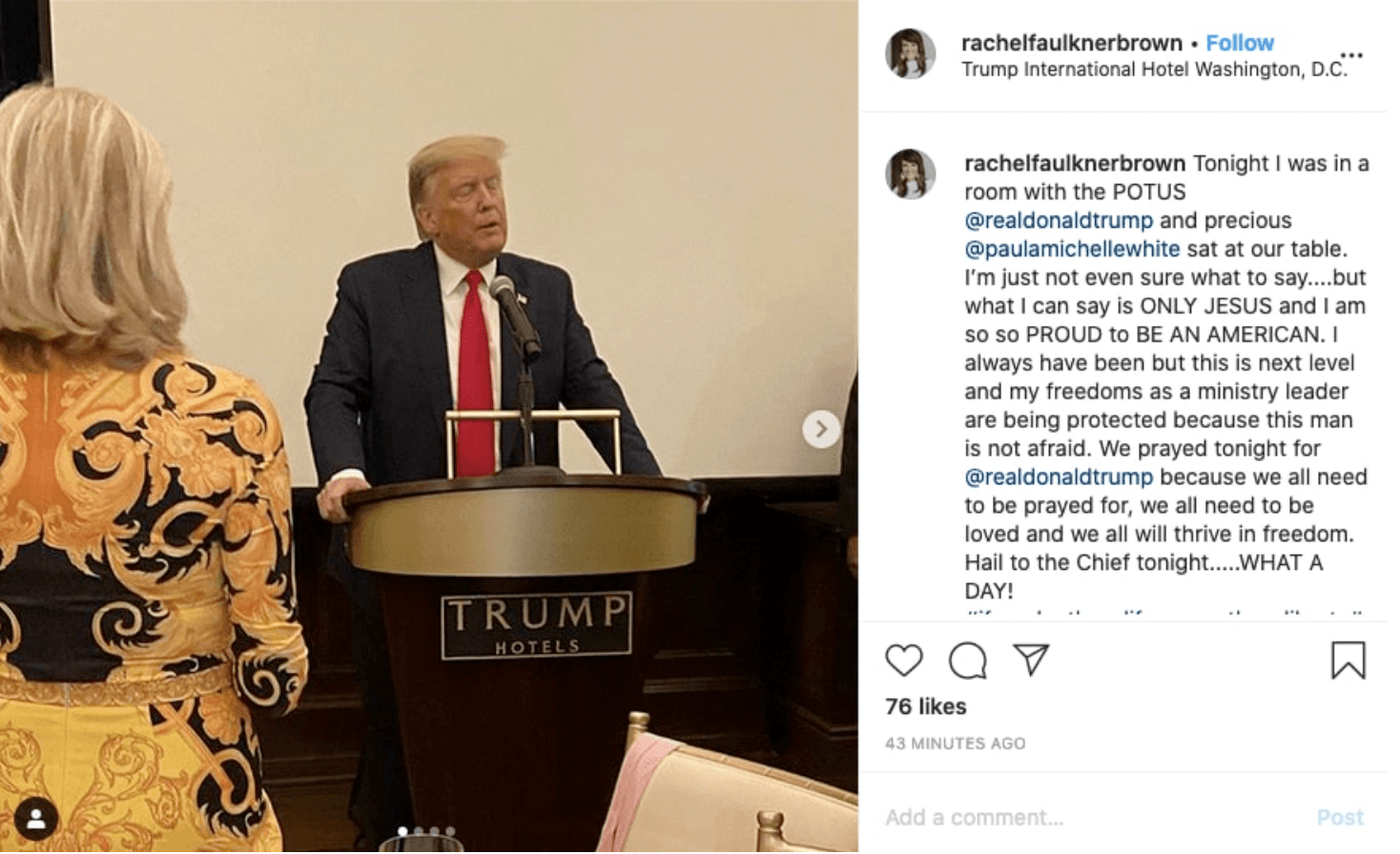