How low will this man go?

Donald Trump just retweeted one his followers who made a horrible sexist attack on Stacey Abrams.

Twitter user John Stahl tweeted, “We just got a look at the official portrait for the self proclaimed Governor of Georgia. She fought a tough race, kissed a lot of babies and visited every buffet restaurant in the State. Joe will be a racist if he doesn’t pick her.”

And yes, the president retweeted him. 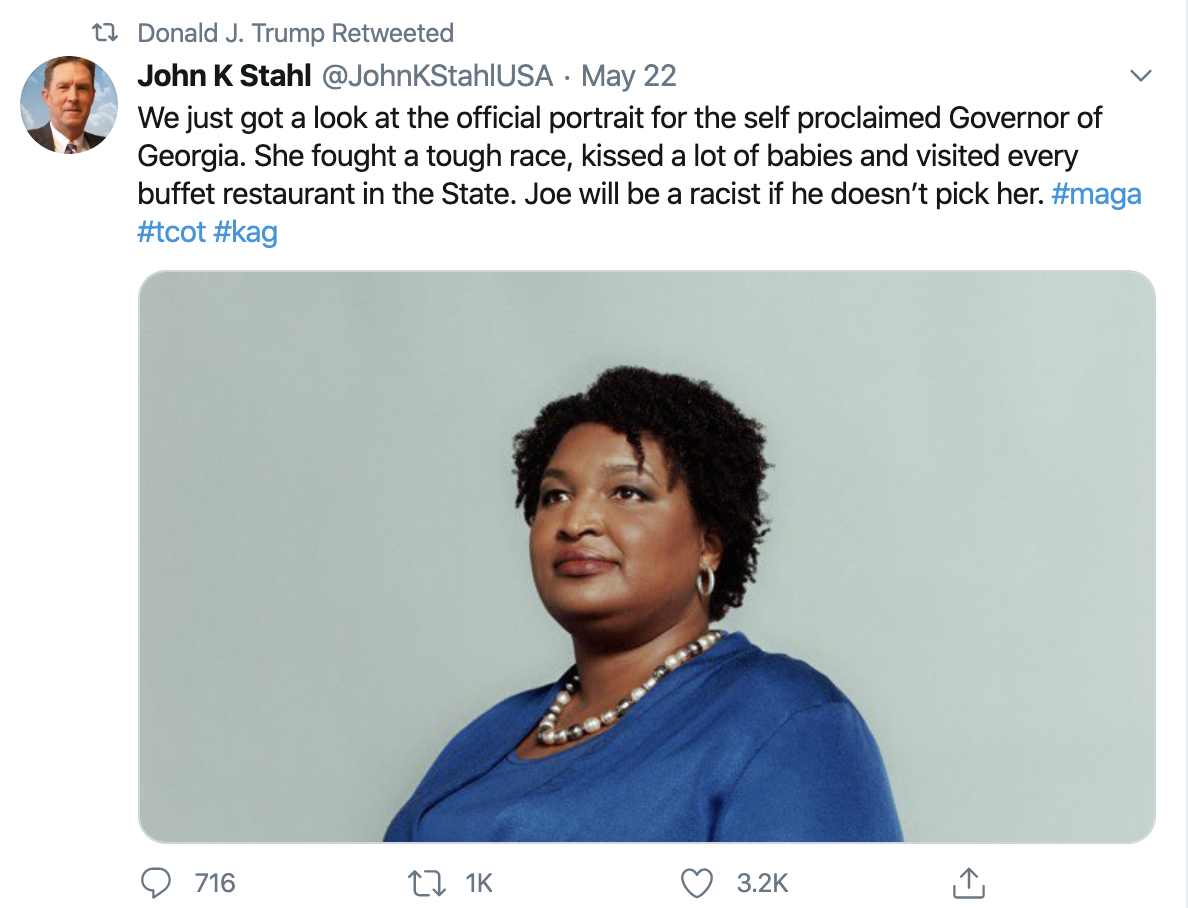 Trump retweeted several of Stahl’s tweets, including this one that mocks Nancy Pelosi’s looks: 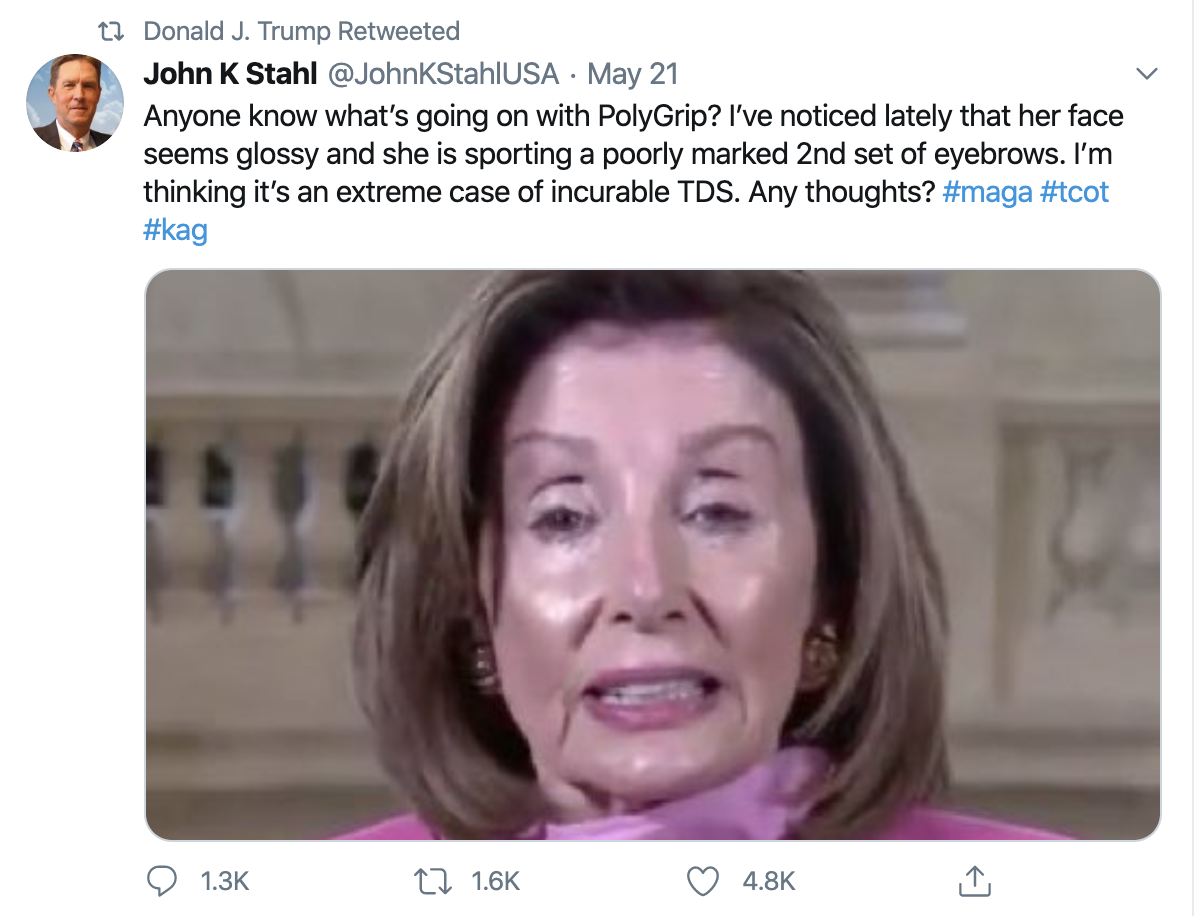 And yet another tweeted mocking Pelosi:

To protect PolyGrip during this pandemic, we have developed 2 options. With the DJT option, she will be able to tongue and adjust her dentures more easily. With duct tape, she won’t be able to drink booze on the job as much. Which do you think she will prefer? #maga #tcot #kag pic.twitter.com/cqRnPmmdyf

Remember, the President* of the United States is retweeting and elevating this trash.

Trump just shared a tweet calling African-American politician Stacey Abrams fat. This is the level of contempt that Trump has for women, and black women in particular. Make sure everybody knows it. pic.twitter.com/CKYO0dZtJB

In the past 30 minutes Trump has shared tweets calling Hillary Clinton a skank, Stacy Abrams fat, and Nancy Pelosi ugly.

I can’t wait for this to never make the news but hear Republicans complain about a lack of decorum the next time a Democrat calls someone stupid. pic.twitter.com/tDi6R1H4V8

You have to wonder if Trump’s team has something on Abrams to be daring this to happen. Or maybe they’re just realizing that she’s a large black woman who will be easy to humiliate and thus please the racist base. pic.twitter.com/6nELttfs5N

Also TRUMP (11pm): Retweets this trashy post which links to an atrocious thread of comments about Stacy Abrams.#TrumpIsRacist pic.twitter.com/DfEqzH9vIe

Trump has retweeted this unknown nut job, John K Stahl a half dozen times tonight. He carefully left out the tweets where Stahl referred to Stacey Abrams as “Shamu”. But he did include a tweet where he fat-shamed Abrams. He also referred to Nancy Polosi as “Polly Grip”.

President Trump will not let 97,000 dead Americans distract him from his main passion: sexism pic.twitter.com/TXD48h29SQ