First the disclaimers. One, the person who controls the Twitter account cited below is not a neurologist. He is not a doctor. He is an extremely well-educated economic-finance type who has had to do extensive research on PSP or Progressive Supranuclear Palsy, which is often associated with frontal lobe dementia. He went through it with a parent, each stage, talking to doctors and researching the topic. He lived it rather than studied it.

Having given those two caveats, look at this picture and ask yourself if one person doesn’t “jump” to mind. In fact, it almost seems weird that the picture was drawn before Trump was born.

See anyone you know? This pic was part of a lecture given in 1888 by Jean-Martin Charcot a renowned French neurologist & professor of anatomical pathology. He was noting precise differences & characteristics of the PSP form of Frontotemporal Dementia even b4 it had it's own name pic.twitter.com/UisrhqmA02

Do you recall the picture from Stephen Miller’s wedding? Because it was my first thought: 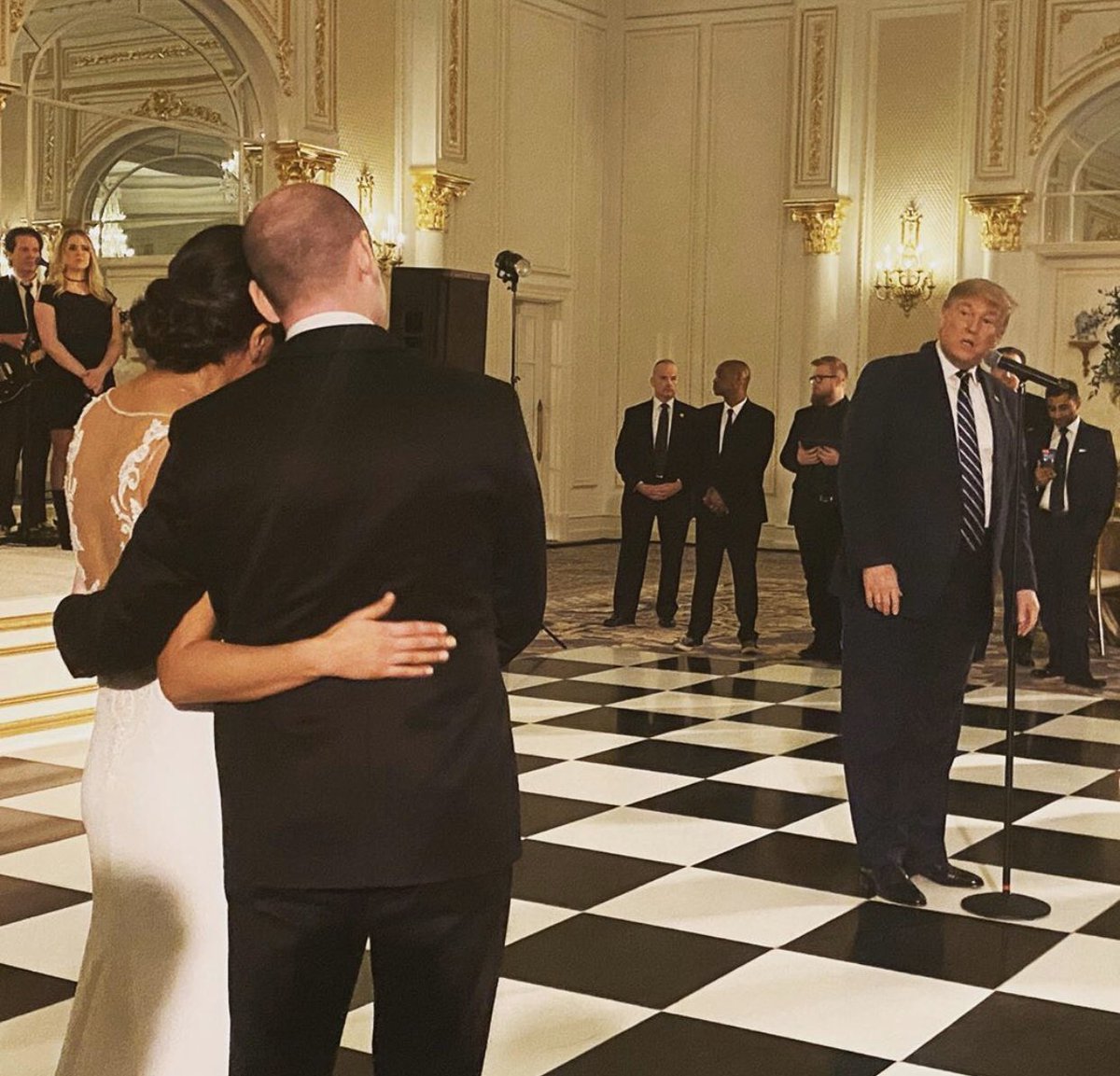 In case you need to see more, there are many more.

What is frontotemporal dementia?

Frontotemporal dementia is an umbrella term for a group of uncommon brain disorders that primarily affect the frontal and temporal lobes of the brain. These areas of the brain are generally associated with personality, behavior and language.

In frontotemporal dementia, portions of these lobes shrink (atrophy). Signs and symptoms vary, depending on which part of the brain is affected. Some people with frontotemporal dementia have dramatic changes in their personality and become socially inappropriate, impulsive or emotionally indifferent, while others lose the ability to use language properly.

Trump is just at the outside “starting date” but some claim that he’s been symptomatic for quite some time.

I used to think it was nothing more than shoe lifts and possible issues with personal … cleanliness. (I am trying to be extremely conservative and “polite” because the elderly, indeed all of us, suffer from abnormalities that are not “faulted” or looked down upon).

But I am becoming less convinced that it could “only” be shoe lifts or trouble with continence. Trump’s father died with Alzheimer’s, which doesn’t mean that Trump has Alzheimers, but puts him at a much higher risk for the disease. Additionally, we can “see” the actual symptoms in Trump. Last, it is the Trump family, particularly Don Jr., most out in front of accusing Biden of having “dementia,” and we know that the Trump family loves projecting their weaknesses on others.

The one caveat that I will say is that up until recently, he golfed all the time, and it would be weird to be suffering such weird effects (I would think) and yet be able to keep one’s golf coordination. Though, to be sure, we don’t know if his golf game has deteriorated a lot recently, too.

But having seen that picture, I challenge anyone to “unsee it,” or look at Trump in the same way ever again.

Lauren Boebert Mocks ‘Super Smart Lawyers’ and ‘Career Politicians’ to Brag About Her GED and ‘Experience’: Forgets Her Rap Sheet

Melania is DONE: Watch Her Refuse to Stop for Photos After Landing in Florida with Donald