The U.S. is roiling in racially-tinged unrest over police brutality, but that hasn’t stopped President Donald Trump’s campaign from offering “Baby Lives Matter” onesies on its website. And of course, they are written in the same font and style of the Black Lives Matter movement logo.

This kind of seems like a case of “why offend one group when you can offend two simultaneously?” by hamfistedly dismissing both the BLM movement and the pro-choice movement.

CNN notes the onesies highlight Trump’s support of the anti-abortion movement and were first offered during the March for Life rally in January, where he spoke (thus becoming the first President to do so), and are offered as a “limited edition” item, for $18. The march is a yearly protest against the historic Roe v. Wade decision and has been going on since the decision was ratified in 1973. 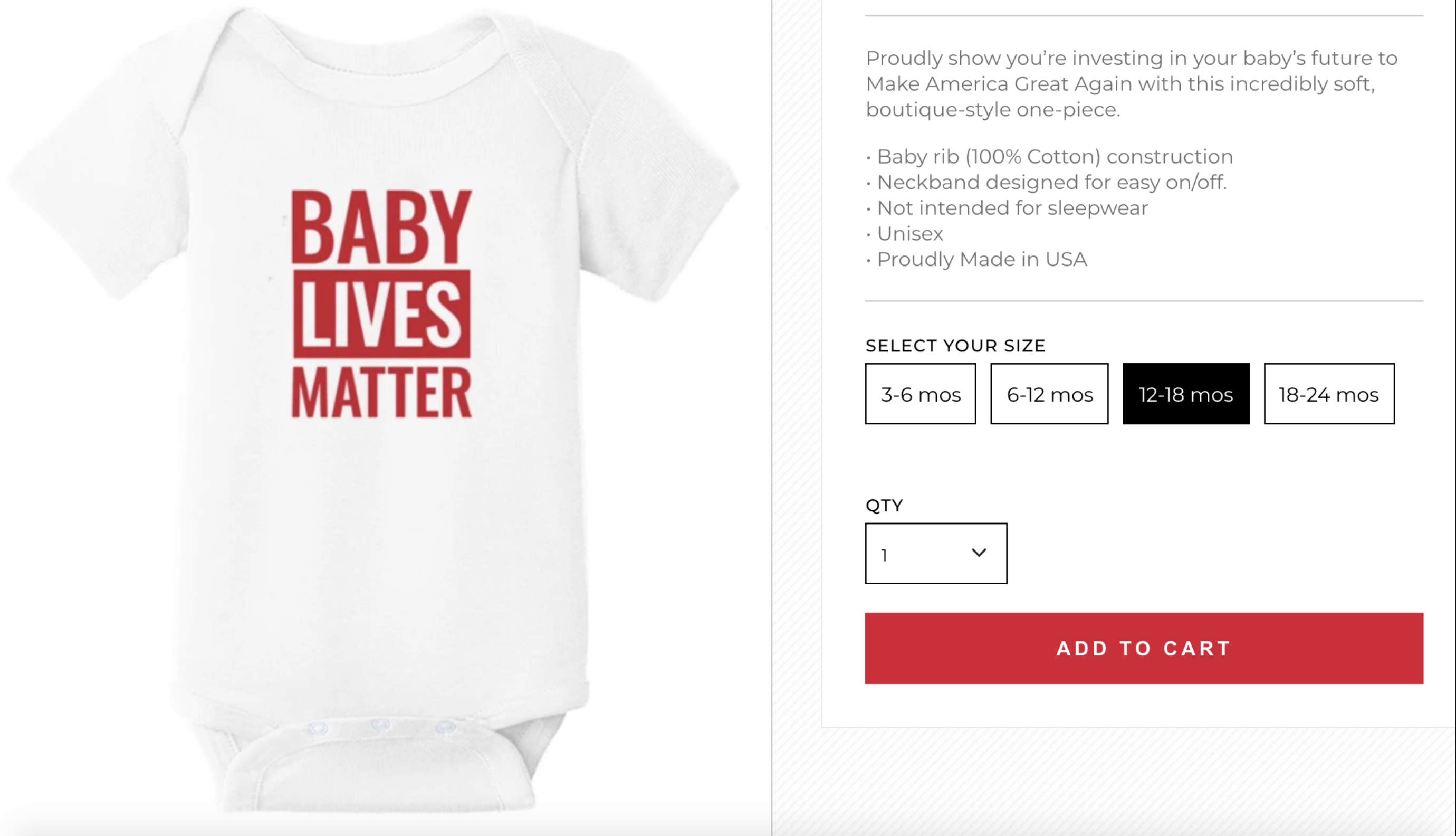 More than a few groups have co-opted BLM’s logo, including the idiotic All Lives Matter movement, which is offensive when you consider that Black lives are far more likely to be lost due to police brutality. Statista notes police shootings of Black Americans was far higher than that of white Americans.

The protests stem from the Memorial Day death of George Floyd, a Black man who died when a white police officer knelt on his neck for nearly nine minutes. The Trump campaign is offering something that’s a slap in the face to all African-Americans and anyone who is upset about systematic racism in the U.S. that never seems to end. But being racist has never bothered Trump, who said some white supremacists are “very fine people.”  Racism continues to fester in the U.S. and Trump keeps prodding the open wound with a stick.

Are you tired of this yet?