Donald Trump is the Fattest American President in 100 Years

Is Donald Trump the fattest President in 100 years?

This is, in some ways, not an important question, and it’s cruel to shame people about their weight.

However, since Trump himself thinks it’s very important to judge people on the basis of weight and looks, we feel it’s ok to delve into the president’s weight compared with his predecessors.

Trump is 6 feet, 3 inches tall and weighs 243 pounds, according to a statement released by the White House physician last year. That places his body mass index, or BMI, at about 30.4, making him technically obese.

Where would that place him among U.S. Presidents?

Well, it’s tough to get reliable data about weight for Presidents before about WWII, but we can be pretty certain that William Howard Taft was fatter; Wikipedia tactfully notes that “Taft is remembered as the heaviest president; he was 5 feet 11 inches tall and his weight peaked at 335–340 pounds”.

Taking the upper end of that estimate, Taft’s peak BMI would have been about 47.4, which would make him “very seriously obese” according to the Wikipedia BMI page. Trump is nowhere near that, so that gives us a clear limit—104 years ago, there was definitely a fatter President.

What about the intervening century? Only two people strike me as contenders; everyone else was pretty obviously thinner than Trump.

The first is Bill Clinton, who was rumored to love to eat fast food. But a quick glance at some photos indicates that he was thinner than we remembered. Here he is in his famous Arsenio Hall appearance; he looks reasonably svelte. In this New Republic article about his health habits, the highest weight they mention is 216 lbs, which, given his 6’2″ height, would indicate a peak BMI of 27.7—overweight, but still shy of Trump. 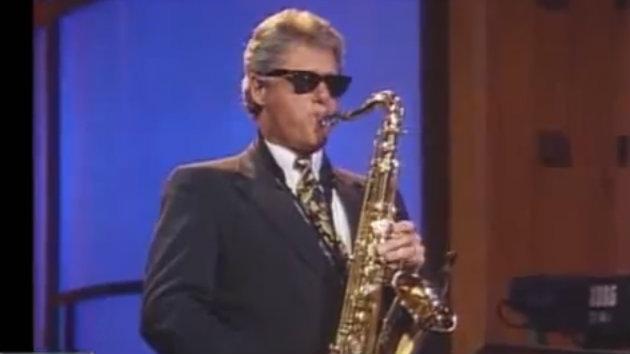 The other guy is Lyndon Johnson, who is listed as weighing 200 lbs. But LBJ’s weight fluctuated a lot; he was naturally kind of paunchy but vain enough to diet constantly (and sometimes, apparently, to wear a girdle). One book puts his peak weight as high as 220 lbs; another as “more than 240”. LBJ is usually listed as 6’3.5″ tall, so with a weight of, say, 245 lbs, that would give him a maximum BMI of 30.2. 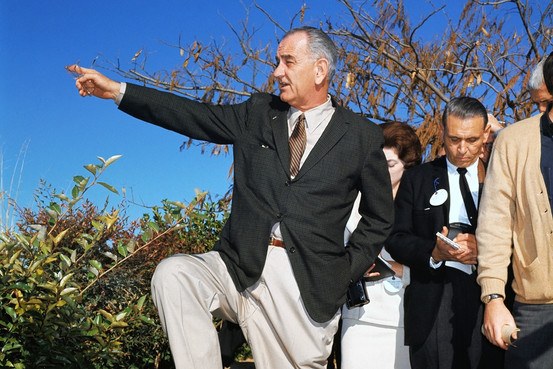 So it’s pretty obvious Trump takes the crown as the fattest president in the last 100 years, and that’s assuming you believe that he is 243 pounds and 6’3″.

It seems plausible that he weighs more than 243 pounds, perhaps in the 250-260 range. But amazingly, the better case has to do with his height.

Donald Trump’s latest medical report claims he is 6’3. Here he is standing next to 6’2 Justin Trudeau. pic.twitter.com/B4yjhRsljh

Here is Trump’s driver’s license where he says he’s 6’2″: 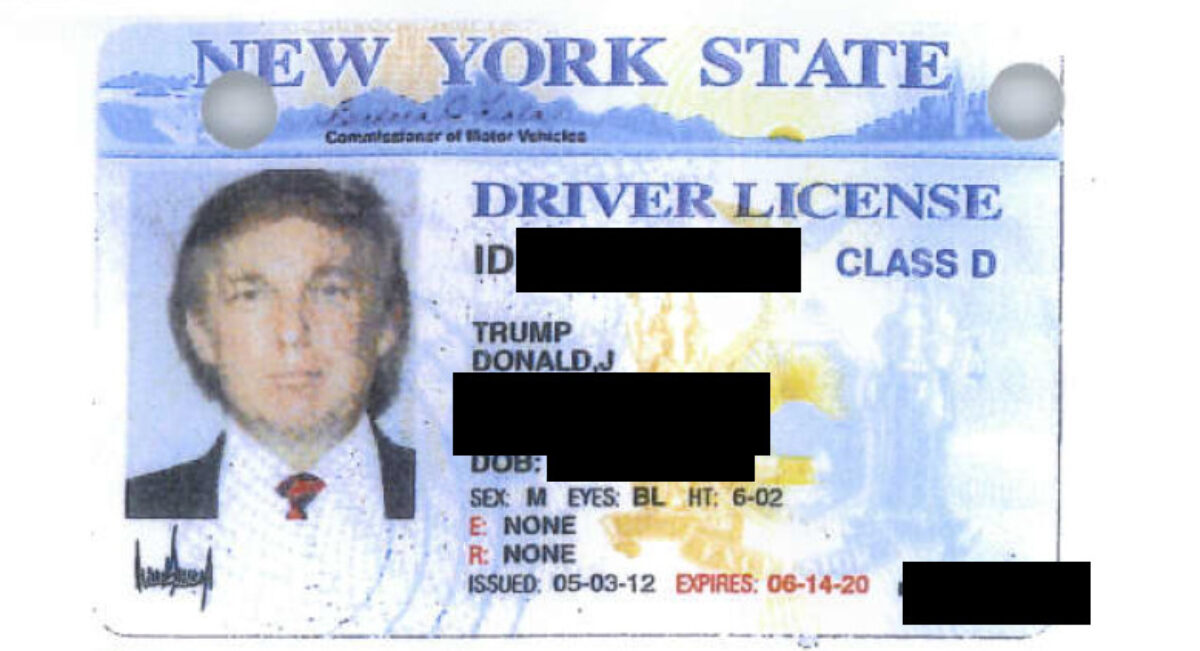 There is also the question of exercise, which Trump doesn’t seem to do much of.

To find a healthier President among the other 44 you have to go back… one, to Barack Obama, who is 16 years younger and still plays basketball on a regular basis.

Or, go back two, to George W. Bush, who is also younger than Trump even though he left office almost a decade ago, and who famously liked to work out all the time.

Even Bill Clinton, who is also younger than Donald Trump, was jogging to those McDonald’s. Trump apparently loves fast food just as much, and in that Dr. Oz appearance with the fake medical records, we have this exchange:

OZ: How do you stay healthy on the campaign trail?

TRUMP: It’s a lot of work. When I’m speaking in front of 15 and 20,000 people and I’m up there using a lot of motion, I guess in its own way, it’s a pretty healthy act. I really enjoy doing it. A lot of times these rooms are very hot, like saunas, and I guess that is a form of exercise and, you know?

He thinks public speaking is a form of exercise, because he moves his arms around and it is sometimes hot in the room. This is not a man who works out, or, indeed, fully grasps the concept of working out. So, while it is possible that the use of BMI unfairly maligns the fitness of some Presidents, it clearly barely scratches the surface of Trump’s unhealthiness.

Watch as Arizona Gov. Ducey Silences Call From Trump Just as He is Certifying Election Results

REPORT: Trump Beginning to Fear Life Without Presidential Power, ‘Are They Gonna Try and F*ck With Me?’