It is hard not to go back to the reports that came out a couple of weeks ago about DHS findings that Russia engaged in an effort – and would continue the effort – to raise questions about Biden’s “mental fitness.” The DHS made their findings in July which likely means that the Russian effort had been going on for some time. We know the Trump campaign talked “Biden Dementia” back in May, at the very least. The effort seemed to go hand in hand, Trump campaign and Russia. Qhether the campaign knew Russia would push the issue or not is an open question. We do know that someone in the administration suppressed the report, not wanting people to know of Russia’s effort.

So the Trump campaign (and others) spent massive resources and effort to put Biden’s “dementia” (not proven at all) or mental fitness at issue. Fox News ran reports on Biden’s “issues,” and the Don Junior continues to pile on the issue. Trump accused Biden of medicating himself with performance-enhancing drugs to make his powerful speeches of late. It is sad to say but this has been a cornerstone of Trump’s campaign.

It hasn’t done any good, according to Fox News’ own poll. Trump trails Biden in which of the two has better mental fitness for the job. According to Rawstory:

The survey of likely 1,191 likely voters found that 51% believe that Biden “has the mental soundness to serve as president.”

Only 47% of likely voters told Fox News that President Trump has the “mental soundness” to be commander-in-chief. 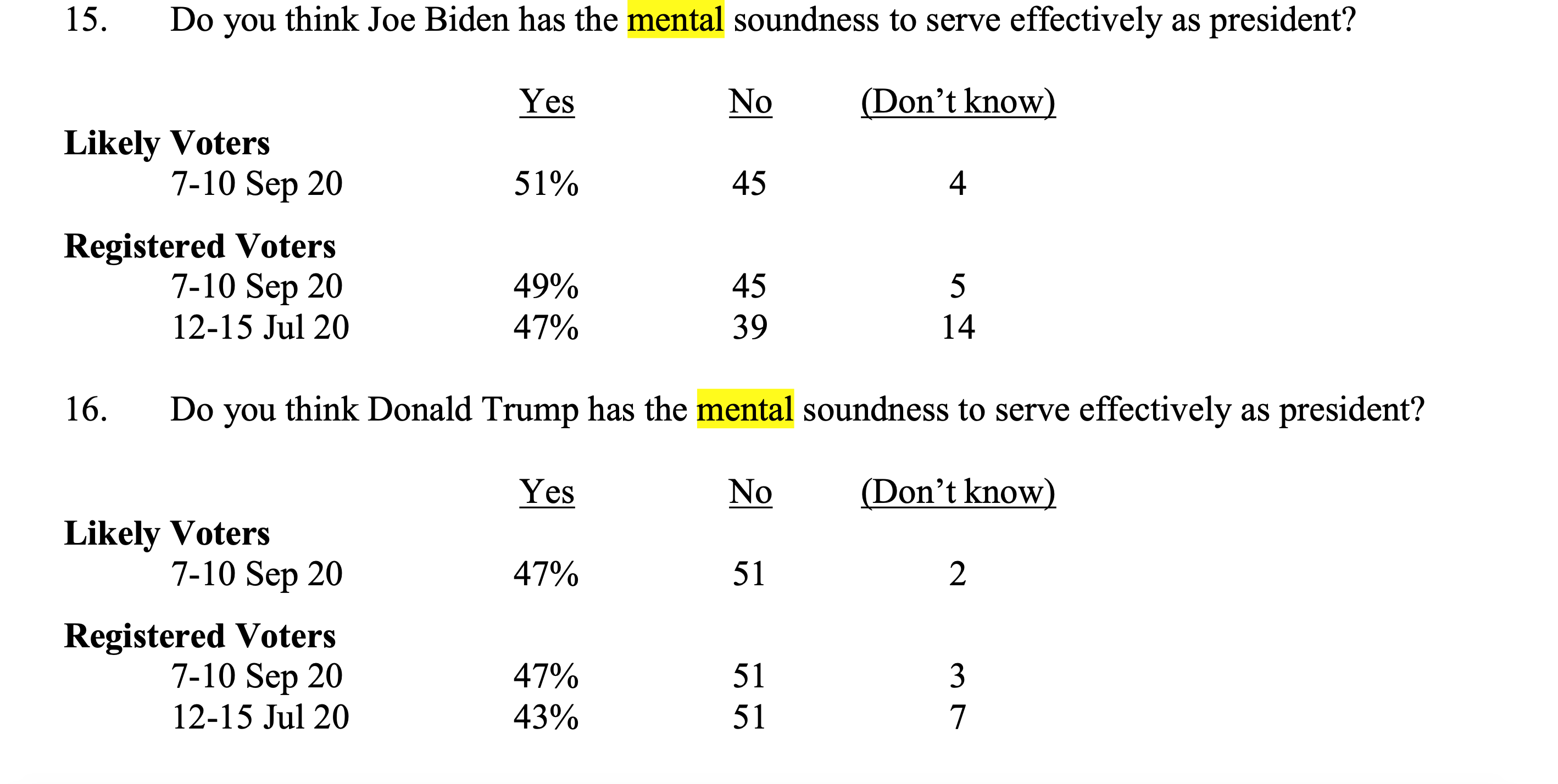 The concerns about Trump’s health have a very sound basis. We have reported frequently on the symptoms Trump displays without coming to any sort of conclusion. The thinking seems to be that whatever it is that drives Trump to take the actions he does and look like he does, it all adds up to something, despite the fact no one knows enough to put a finger on it.

Put it this way, when a presidential candidate is bragging about passing a cognitive test, “person, woman, man, camera, TV,” something is wrong and Americans seem to know it.