Generally speaking, the goal in committing a crime, especially a big one, is to not get caught. One of the best ways to keep oneself free, without investigation, is to make sure that no one can point a finger at you doing the crime. It is for this reason that bank robbers often wear masks when so doing. Some criminals even go out of their way to never turn their face toward a security camera.

It is tragically ironic that the felonious mob of insurrectionists had the perfect opportunity to wear big masks around Washington and in their insurrection, and still look like a responsible citizen, not like someone about to commit a serious felony like sedition. Moreover, some people in this country are under the impression that they have an obligation to put themselves on social media during the most exciting times in their lives (there is a site for any kind of activity, we’re just sayin’).

Thus it is with the insurrectionists and, in particular, Garret Miller, 34, of Richardson, Texas. Miller determined that he would post his best criminal efforts on social media. Apparently, he believed that he needed to at least leave a clue or two to make it sporty for the feds to find him. They did. It really wasn’t all that sporty, as you’ll see:

This is a paragraph from his criminal complaint which comes straight from his Facebook page:

Miller posted a Facebook selfie from the Capitol riot — fully five days after the fact and while bantering, “just wanted to incriminate myself a little lol“

Oh, definitely “LOL.” But we’re not done. From the criminal complaint:

“In examining Miller’s Facebook account, there are many posts relating to his involvement in criminal activities at the Capitol. For example, on January 2, 2021, Miller posted to Facebook, “I am about to drive across the country for this trump shit. On Monday . . . Some crazy shit going to happen this week. Dollar might collapse. . . . civil war could start . . . not sure what to do in DC.” He also stated on January 3, 2021, that he was bringing with him “a grappling hook and rope and a level 3 vest. Helmets mouth guard and bump cap,” but last time he came to D.C. for a pro-Trump rally he “had a lot of guns” with him.“ 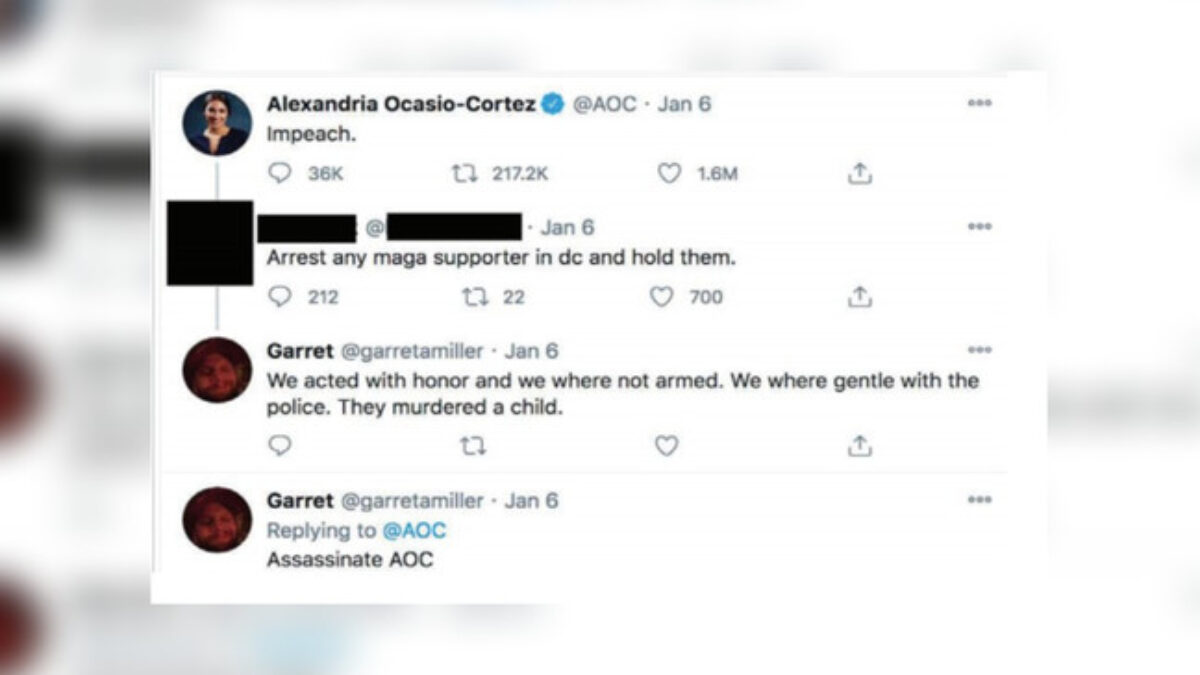 The insurrection is not funny, moreover, he threatened to assassinate AOC. We don’t know how seriously he regarded the threat but we do know that such threats should be taken seriously. Thankfully, they can add felony stupidity and remove Miller from the streets for our good and his good.

Don Jr. States He Has More Medical Credentials than Bill Gates Because He Was a Lifeguard and CPR Trained