Forgive us, please, because there is a steep learning curve here and one should be seriously worried if one was familiar enough with the entire subject to write coherently on it. This entire post centers on a website known as ExploreTalent.com and it seems limited to scantily clad semi-attractive young women, including Lauren Boebert, among others on the Right.

It appears that Lauren Boebert took a shot (granted, she seems to take a lot of shots), at modeling and acting prior to becoming a U.S. Representative from Colorado, the part that worships guns.

Fine. We are not prudes and were Boebert not a horrible human being who may or may not have had advance knowledge of the events of January 6th, and who has since done nothing but further prove she is a terrible human being lacking any intelligence or empathy for anything but guns, one could be forgiven for considering Lauren Boebert at least somewhat physically attractive. Any possible consideration would be blown up – possibly literally – upon hearing her speak two sentences.

The more interesting aspect of this story is not that Lauren Boebert signed up for a website meant to recruit attractive young women for modeling and acting jobs, no – the more interesting part is that Lauren Boebert doesn’t seem to be the only Republican woman who has “explored” their potential talents as a model-actress. In a few tweets below, some of which our server allows, some which it does not (It’s not NSFW but it’s not worth pushing, either), there is some stuff that seems to tie at least a few right-wing women together as… crisis actors?

We cannot prove anything, nothing, zip, nada, and yet the net is having one hell of a time attempting to discern what’s going on here and whether the GOP might actually… be recruiting these people who hold themselves out as, well, pretty actors/models?

Is this even possible? Probably not, except where is this stuff coming from? Lauren, Candace Owens, that woman that sat beside Guiliani in Michigan and made a fool of herself, can they all be tied to a modeling-talent agency that features pictures of women with very very few clothes on?

Discovering that seditionist Lauren Boebert has the same kind of Explore Talent modeling profile as Rudy Giuliani "voter fraud witness" Melissa Carone, I get less interested in her antics and more interested in "Who paid to recruit cyphers to overthrow the government?" pic.twitter.com/YjDO2cAENF

Lauren Boebert is that type of model-wannabe who thinks she is Victoria’s Secret material because she won a bikini contest at Bike Week. pic.twitter.com/8nIMqceOjV

Look who else is on the same site. Apparently alot of right wing operatives for Thiel and Veritas have been found there pic.twitter.com/oqiNeiBQQZ

Umm. We are just throwing this stuff out there because Boebert has earned plenty of scorn and, certainly, the ties between her and the modeling agency seem legitimate, which isn’t necessarily anything bad. But if there’s some sort of “talent” manager out there in the GOP, that gets a little weird, to say the least. 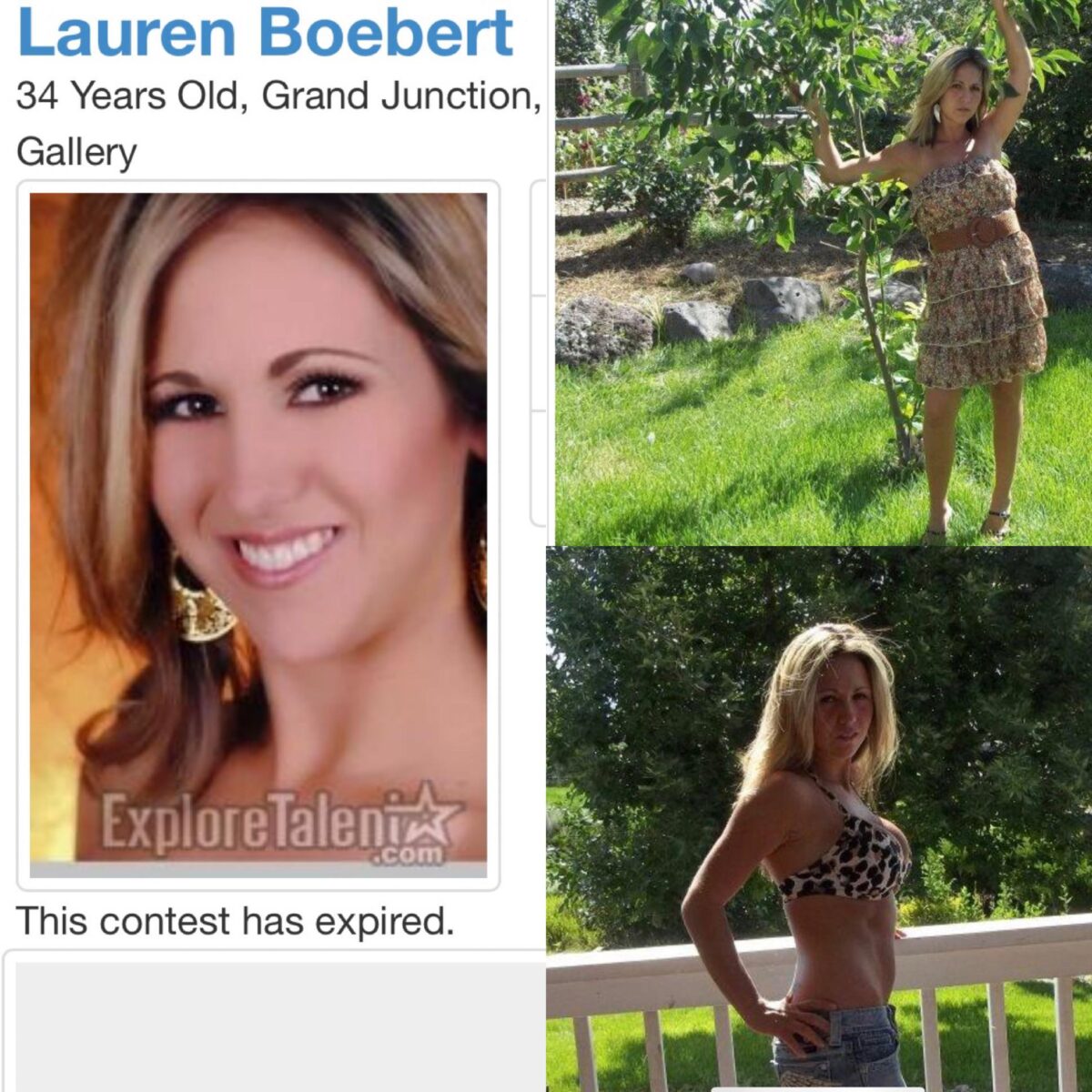 Last thing, just so we’re all on the same page: We have no confirmation on any of this other than the Boebert link is almost surely real. As for the rest of this stuff, the links between others and possible acting roles for various women, we have no idea, none, but will follow up and certainly report on anything that is proven either way.

What do you suppose was REALLY going on at, "Explore Talent",… the alleged, "modeling agency", that Lauren Boebert worked with? pic.twitter.com/mwG5aqzyXn