It seems Stephanie Grisham, the ex-Trump White House press secretary who famously never held a single press briefing, is finally ready to talk, and it appears she has some serious beans to spill.

Politico has revealed some of the first details from Grisham’s upcoming tell-all about her time inside the Trump administration, and it doesn’t sound like it’ll go down very well at Mar-a-Lago and Bedminster, or wherever the hell Melania and Donald are living these days.32

An unnamed publishing source told the site: “Stephanie has secrets about Trump that even the first lady doesn’t know… Secrets that he doesn’t want her to know. They will be in this book.”

In one particularly disgusting anecdote, Grisham reportedly recounts messaging Melania on Jan. 6 as the Capitol was breached to ask: “Do you want to tweet that peaceful protests are the right of every American, but there is no place for lawlessness and violence?” Grisham claims Melania simply replied: “No.” (Grisham resigned the same day.)

What was Melania so busy with that she simply couldn’t help save Democracy? Well, she was participating in a photo shoot for a rug she chose for the White House.

The Capitol was being taking over my smooth-brained Trump supporters and Melania couldn’t even be bothered. She was too busy pursing her lips and squinting and eyes to even give a shit.

It’s not particularly surprising to hear about the former First Lady displaying such self-centered callousness in the midst of a crisis. Consider the recordings Melania’s former adviser and current nemesis Stephanie Winston Wolkoff made public when she published her tell-all book Melania and Me: When asked to answer for her husband’s cruel family-separation policy that ripped children from the arms of their parents and guardians at the border, the First Lady responded, “Give me a fucking break.”

In fact, when it came to her husband’s attempt to undermine the U.S. Democratic process, Melania’s response could best be summed up in the infamous trolling words of the coat she wore to visit detained immigrant children at the border: “I don’t really care. Do U?”

Melania’s office reacted angrily to Grisham’s claim, telling Politico: “Through mistruth and betrayal, she seeks to gain relevance and money at the expense of Mrs. Trump.” Grisham’s book, I’ll Take Your Questions Now: What I Saw at the Trump White House, is set for release next month.

But hey, I certainly hope those rug photos came out nicely!

Let’s hope it’s not like this one, which she did for GQ back when her then-boyfriend Trump was running for president under the Reform Party. 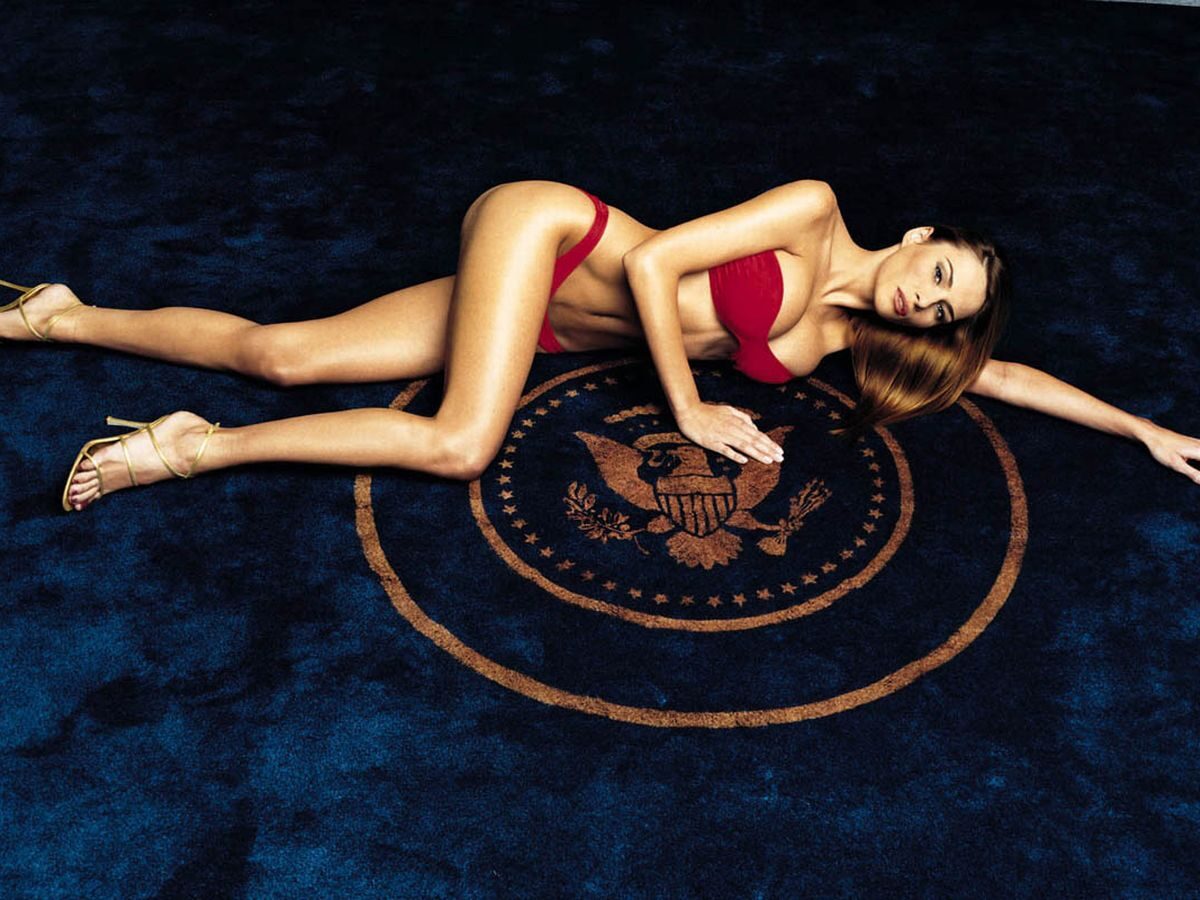 Melania Trump's reaction to the MAGA Insurrection is just as horrid as you might've imagined.

Too busy photographing a rug while the Capitol was under assault. #MondayMotivation pic.twitter.com/tmr1UjdnU8

According to former Secretary of Scotch & Soda, Steph Grisham, Melania was more interested in a photo op with a rug than helping to stop the deadly attack on the Capitol.
Is anyone even the least bit surprised about this?
From the BeBest BS Birther herself?
She MARRIED Trump FFS. https://t.co/4tCbhRvulj

At the time, “[Melania Trump] was at the White House preparing for a photo shoot of a rug she had selected." https://t.co/qHNSTgdBFR

It's clear Melania cared more about her photo shoot with a RUG on 1/6 than hundreds of terrorists storming the Capitol, attacking police & destroying property as they searched for Pence and Pelosi.
She's just another rep.#Melania pic.twitter.com/zctlIhQJsm

Melania replying NO, comes as no surprise. She’s spends her worthless day having a photoshoot with a rug (probably nude) in the WH. While the Capital was being attacked by the racist cult. I do hope the Jan 6th committee gets this and much more! https://t.co/9Km845mBf2

“Hey do you maybe want to do something to help stop this riot happening at the Capitol on today, January 6th?”

Melania Trump: “No.” [continues posing with a rug] https://t.co/rfUZu7uY6j