This could be a tipping point. We saw a poll earlier this week that said that 56% of Americans thought Trump should be prosecuted versus 37% that disagreed, a 17-point difference, which is a massive divide in this day and age. But that poll came out from a little-known outfit, and we questioned whether its methods were scientific or not.

But now, ABC News and Ipsos, a far more respected and experienced polling operation finds that an even greater percentage of Americans believe that Trump should face criminal prosecution, 58% or what they call “6 in 10 Americans” believe Trump needs to be prosecuted. Of course, the poll leans heavily Democratic on the question but there are some eye-popping surprises:

Overall, 60% of Americans think the committee is conducting a fair and impartial investigation while 38% say it is not. 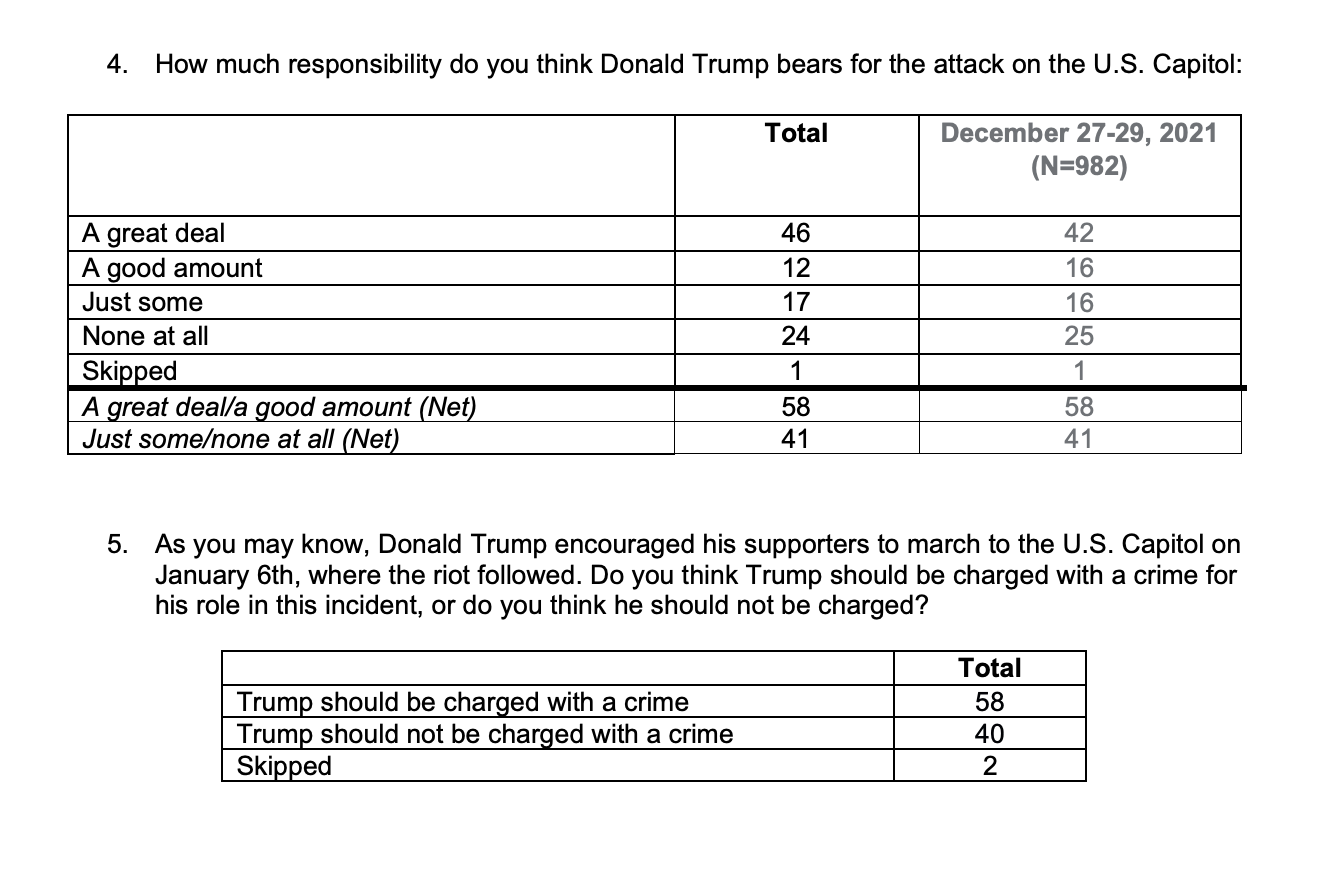 And in my personal opinion (I haven’t checked with the staff on this), this is the most dangerous result for Trump:

The poll downplays the Republican element, but if you think about it, losing what amounts to 20% or one in five Republicans who think that Trump should be prosecuted, is absolutely amazing, stunning even. Right now, the Republicans are a minority party that gets to play a an outsized role because of our fkt up form of democracy. Trump simply cannot afford to lose even one out of five Republicans. These polls have made huge news over the weekend, given the weight that the hearings are clearly having.

Obviously, we’ve also covered Trump’s very appropriate reaction to being utterly nailed to the wall. He has panicked, for good reason.