It looks like CNN’s Chris Wallace is one of us, and is absolutely loving watching Alex Jones get him comeuppance, noting that “he’s a bad guy” and “It’s a good time.”

Alex Jones’s defamation trial over his sickening lies about Sandy Hook took a rather unexpected turn on Wednesday when attorney Mark Bankston, who is representing the families of Sandy Hook victims, asked Jones on the witness stand “Did you know 12 days ago your attorneys messed up and sent me an entire digital copy of your entire cell phone with every text message you’ve sent for the past two years?”

Jones did not know, and his face said it all: 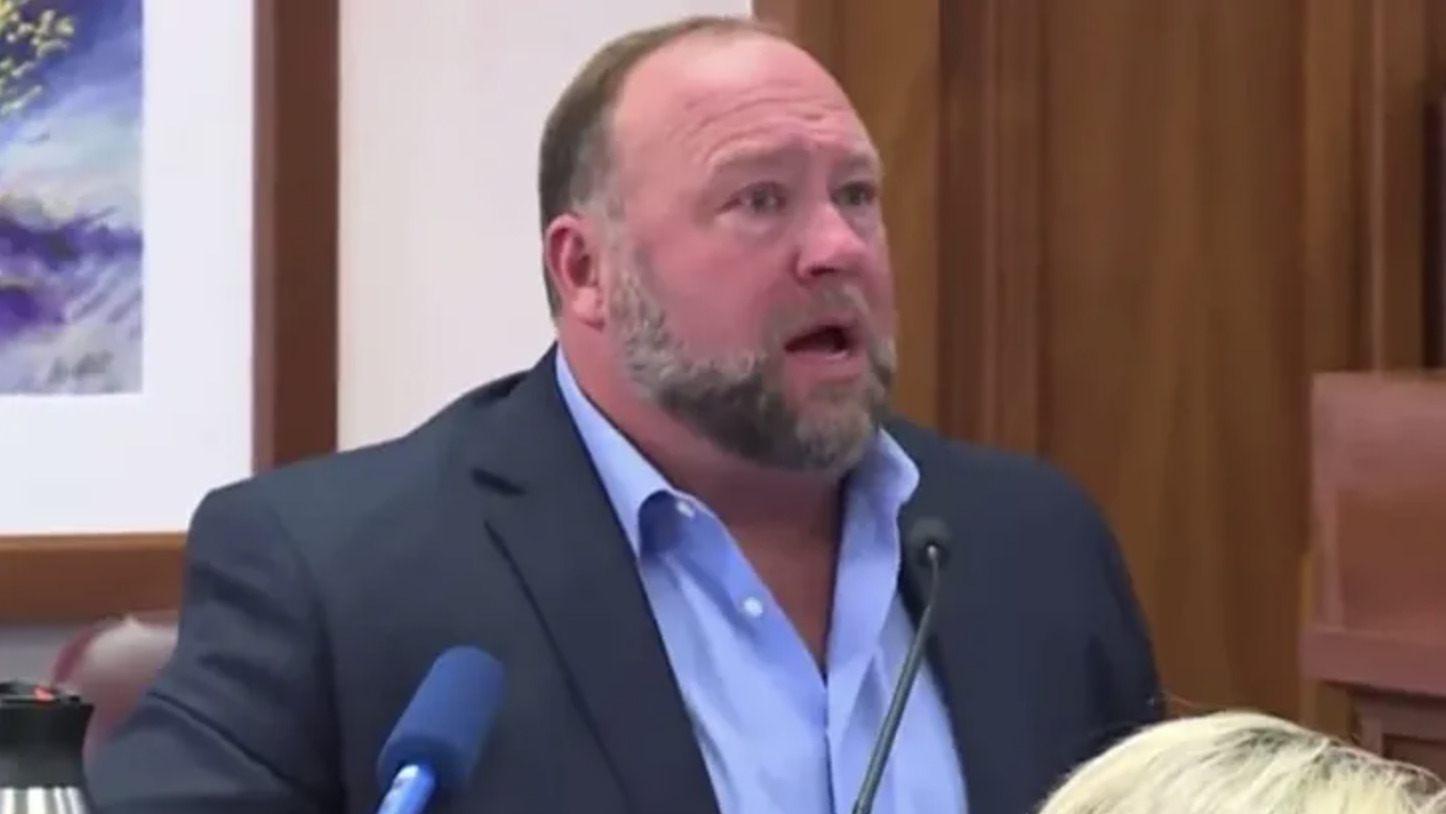 This morning on CNN’s New Day, co-anchor Brianna Keilar asked Wallace about the text messages from Jones, and whether the January 6th committee might be getting their little investigative hands on them.

Wallace slammed Jones for his role in January 6, and said “It’s the opposite of Teddy Roosevelt. Speak loudly and carry a little stick. I mean, he walks these people right up to the edge of the Capitol, right up to the east front of the Capitol. Oh, and I’ll see you guys. And they all go in and they all face the charges and they all face the police. And he goes back to his perch and oversees it and starts talking about Antifa. I mean, he is, he’s a bad guy.”

Wallace then continued, with obvious glee, talking about the bombshell moment. Transcript from Mediaite:

CHRIS WALLACE: And anybody who hasn’t seen it should see the moment that you had played a moment ago from the trial, where he has said what, he’s on trial for defamation. He’s got to pay damages to the families of the Sandy Hook children who were slaughtered because he said it was a hoax and they were all actors. And what happens is he was, as part of the discovery, he was supposed to say, did you mention Sandy Hook in any of your texts? And he said, No, I didn’t. And now it turns out that his lawyer inadvertently sent two years of texts, which are filled with Sandy Hook references, to the plaintiff.

JOHN AVLON: And to that point, you know, he said that when he was, gave testimony to the January 6 commission, that he took the fifth 100, over 100 times. And this is all, you know, conspiracy entrepreneur making millions of dollars.

CHRIS WALLACE: As he’s being confronted with the fact that his lawyer messed up and put two years of tax, gave him to the other side and he is literally sweating bullets. There’s sweat running into his eyes, a sweat running down. Anybody who’s had issues with Alex Jones over the years, it’s a good time.