I know, I know, I say this all the time. But there is no bottom with Donald Trump. None. Every time he reaches it, he grabs a giant shovel and goes deeper. It’s truly amazing just how disgusting and classless this man is.

Ever since Trump lost Twitter, which he loved probably more than his sons Don Jr. and Eric, it’s been tough for him. Twitter was his release. He could make worldwide breaking news in seconds. And he could trash and hurt his opponents and detractors with his cruel and mean tweets.

But now he has Truth Social, his own social media site, and surprisingly it’s suited him quite well. There are not many liberals on the site, but it still allows Trump to get out a message quickly, and people report on it.

For the most part, his “truths” are about him and how he’s been wronged.

For instance, the past few “truths” have been about him and how he’s being persecuted. Today he “retruthed” (the equivalent of retweeting) his own post that said, “I am leading in every poll, by a lot, and the Democrats are doing everything they can to change that, even if it’s another Russia, Russia, Russia Hoax, Mueller Scam, Impeachment waste of time, or whatever. The same lying people saying the same kind of thing. I only want to MAKE AMERICA GREAT AGAIN!”

Then he sent a bunch of posts about his rally tonight in Wisconsin, which is sure to be a total shit show. And I am surprised he posted this, because it isn’t exactly the best photo: 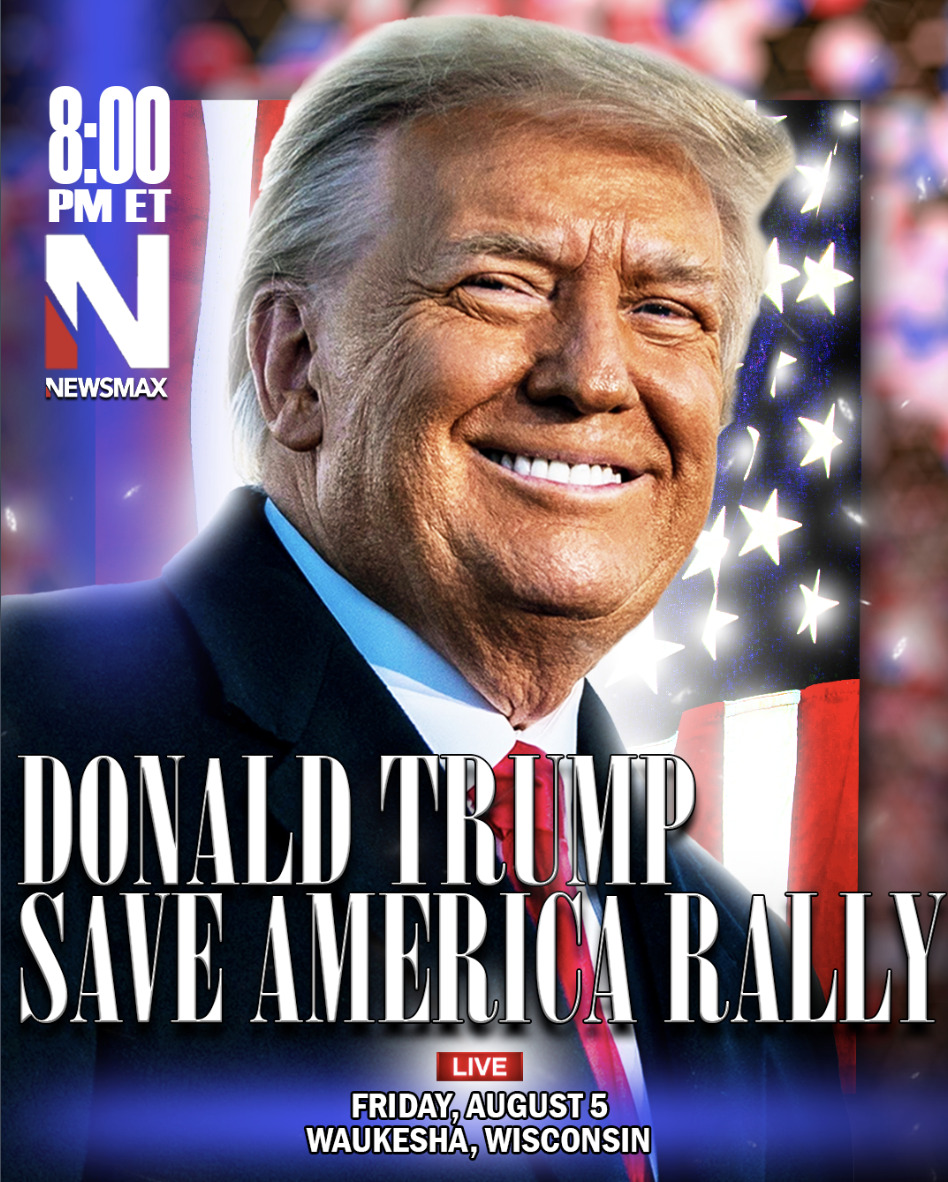 Trump “retruthed” about OAN covering his rally which, lol. As you probably know, no cable providers carry OAN anymore, so maybe OAN will get 10,000 to watch? If that? Honestly I have no idea, I just know it’s not a lot. 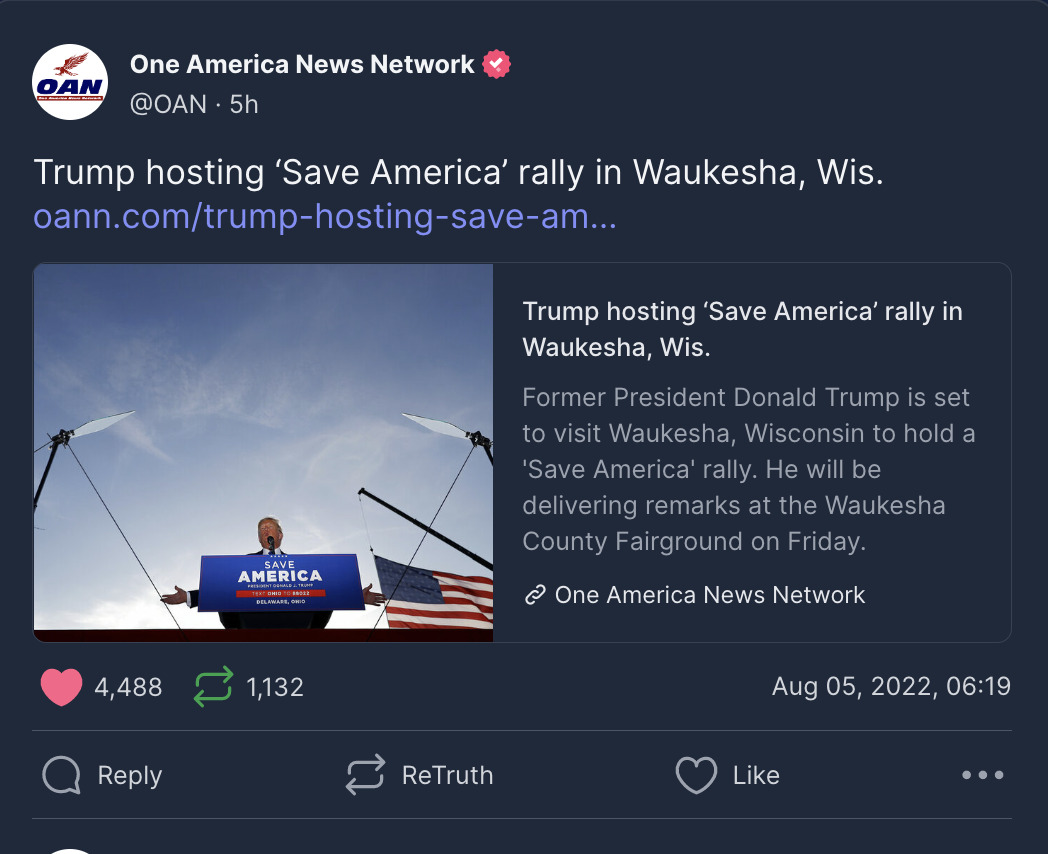 And then Trump “retruthed” this, which is what the headline is referring to. Imagine that. A grown-ass man. A former “president”. A 76-year-old man. Imagine Obama tweeting this? Or Bush, lol? It’s mind-boggling how gross and disgusting this man is: 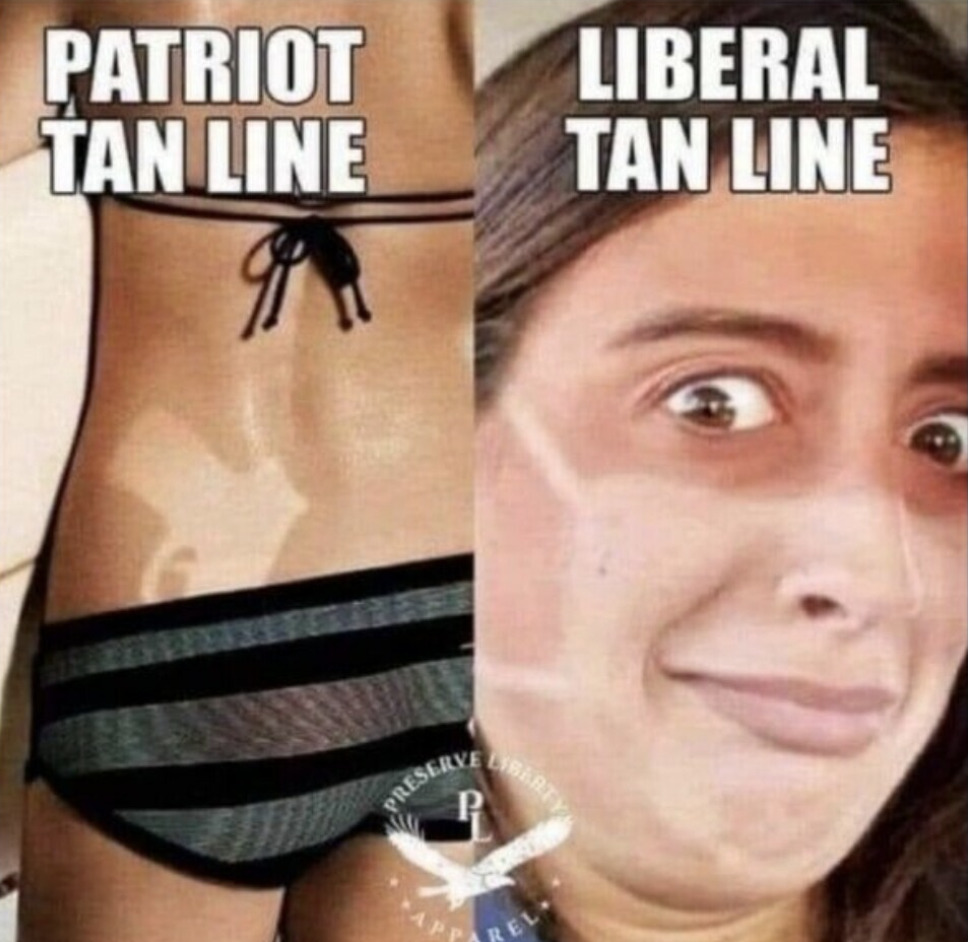 Just look at that. Imagine what Justin Trudeau is thinking. Or Emanuel Macron. Or anyone who is decent. It’s not even funny in a “trolling” way. Are we really still talking about masks? And would a woman wearing a bikini really lay on her stomach and get a tan with a gun tucked into her bikini bottom? I know I am overthinking it. And Trump and his supporters don’t think. They just see something they think “owns the libs” and go to town.

This doesn’t own us. It’s dumb and embarrassing and humiliates our country. If anyone is “owned”, it’s Trump and his dumb supporters who clap like seals whenever he posts this dumb stuff.