This is news that erupted about Viktor Orban from just four days ago. From NBC News:

Orban has spoken about maintaining “ethnic homogeneity” in Hungary before, taking a hard line on immigration since 2015.

But his comments in Romania on Saturday, when he said that in contrast to Western Europe’s “mixed-race world” where people mixed with arriving non-Europeans, Hungary was not a mixed race country — hit a nerve, drawing condemnation from the United States, the European Union, Jewish groups and academics.

But don’t worry. This is not another fascist Eastern European who hates Jews and other races, like some of history’s biggest monsters. No, Orban assures us it has nothing to do with race:

“It happens sometimes that I say something in a way that can be misunderstood but …the position I stand for, is a cultural, civilization (based) stance.

Right, Victor. Just a few days ago, I got an email from a reader in Broome, Australia, which is a town of 13,000 and is just a 22-hour car ride straight north from Perth. There is literally almost no corner on earth farther away, and the email hit in seconds. Tell us again that your goal is “cultural” and not race-based?  When you can discuss something with someone literally on the other side of the globe in seconds, “culture” is going to mix, most often, in a good way. Anyway, that was four days ago.

Great spending time with my friend, Viktor Orbán, the Prime Minister of Hungary. We discussed many interesting topics—few people know as much about what is going on in the world today. We were also celebrating his great electoral victory in April. 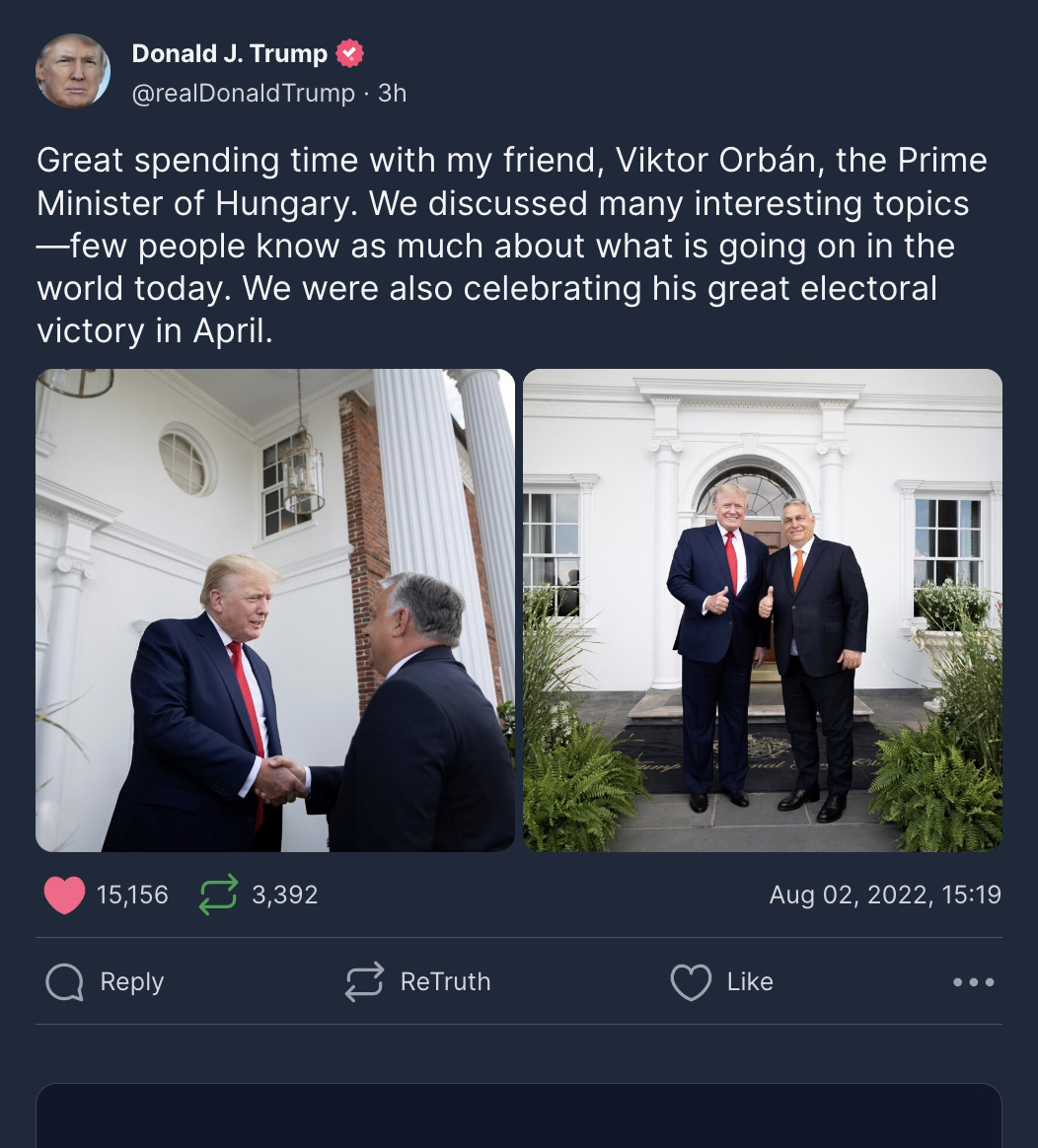 Like what issues? How to stir up racial hatred as part of a fascist takeover? Too much risk of losing “American” culture if too many Hispanics live and work here? (Ironic, since at the time of the Declaration of Independence, one-third of what is now “America” was “Mexico.” Just about every self-respecting city in California has a Spanish name but let’s worry about culture-mixing.

The Unselect Committee of Political Thugs has not devoted one hour to the massive Election Fraud and Irregularities that took place in the 2020 Presidential Election, the reason that hundreds of thousands of people went to Washington on January 6th. When will they start? The Unselects also refuse to look at why Crazy Nancy Pelosi and the Mayor of D.C. turned down from 10-20,000 troops. Why is this, I wonder? 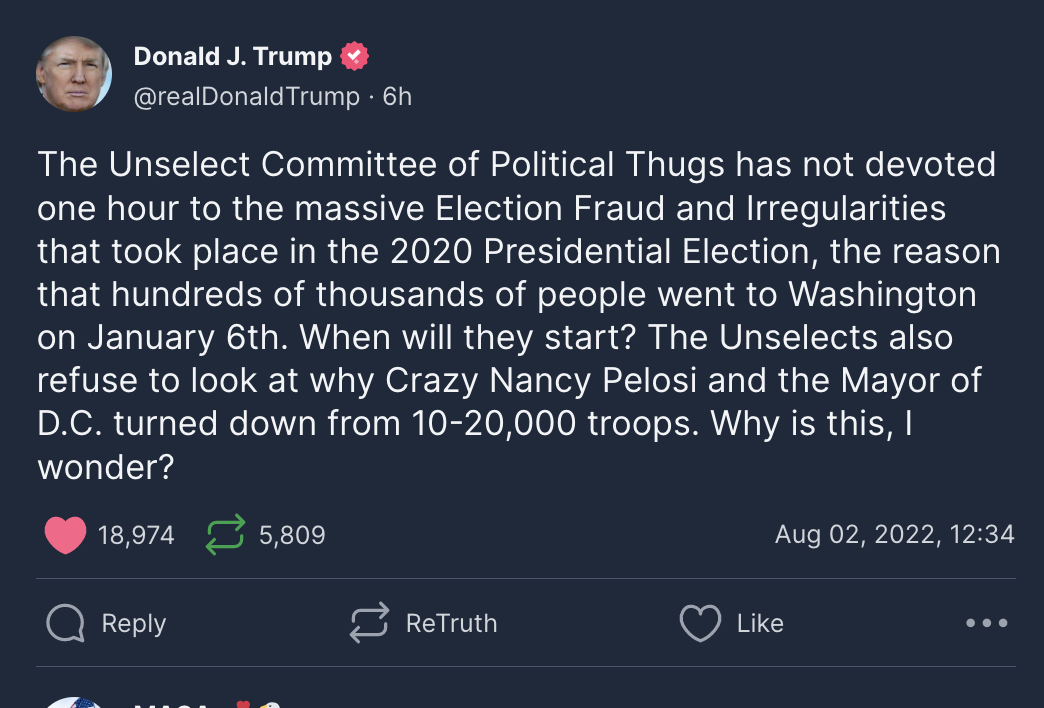 The Committee has spent a TON of time on the massive election fraud and irregularities. We know this because witness after witness keeps saying that there was no fraud and you lost, ass.