Trump Heaps Praise on ‘Courageous’ Ginni Thomas and It Doesn’t Get More Disgusting Than This, Folks

As George Conway might say, “Nothing to see here, just a former president who lost decisively praising a Supreme Court Justice’s wife for perpetuating what everyone knows to be an outright lie.” Loyalty to the leader is the only maxim in MAGA, and when Trump receives loyalty, he lavishes praise, as he did with Ginni Thomas.

Former President Donald Trump praised Ginni Thomas, the wife of Supreme Court Justice Clarence Thomas, for “having the courage of her convictions” when she told the Jan. 6 committee on Thursday that she still believes the 2020 presidential election was stolen.

Thomas was a close ally of Trump while he was in office and would often meet with the president to discuss hiring and firing in his administration.

“We all knew that within minutes after Ginni left her meeting with the president, he would start yelling about firing people for being disloyal,” a former senior Trump administration official is quoted as saying. “When Ginni Thomas showed up, you knew your day was wrecked.”

Congratulations to Ginni Thomas for having the courage of her convictions. Most importantly, she is right. The Election was Rigged and Stolen, and everyone knows it—especially the Radical Left Democrats who are destroying our Country. Cheating on Elections is the only thing they do really well, and that’s because Weak Republicans and RINOs allow them to get away with it. Fortunately, Ginni Thomas is not one of them and, by the way, her husband is Great! 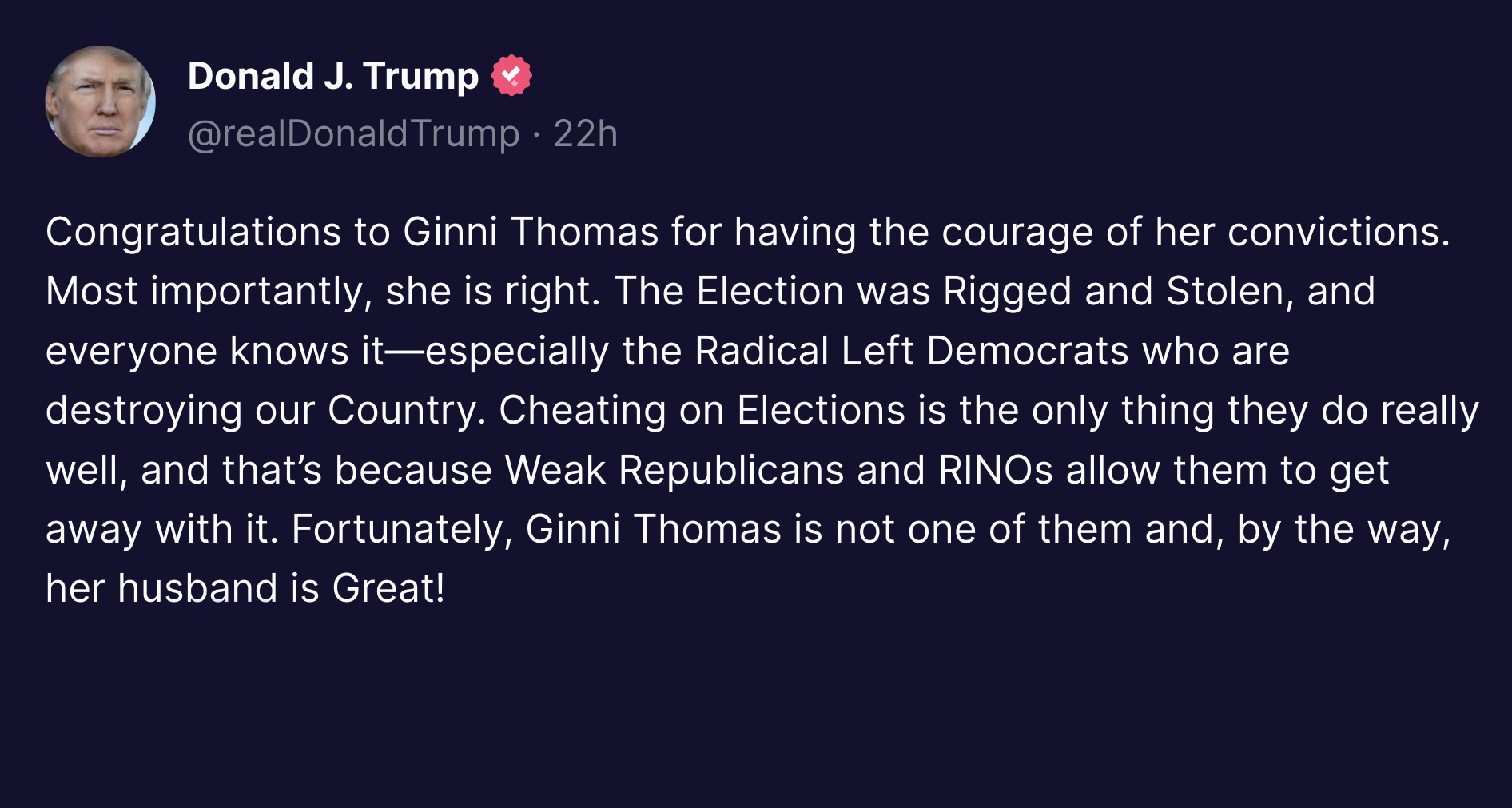 And everyone knows it! Especially us lefties. No one expects Trump ever to believe otherwise because the narcissistic injury is just too grievous, but the fact that some Trumpers still believe the whole rigged election lie is truly stunning. She is not right, and she has no courage at all. The only “courageous” Trump supporters are those that say, “I love the guy and I’ll vote for him again, but he lost, that’s just a fact.” But those are few and far between.