Is 2020 the year Texas actually goes blue? Could it actually happen??

Despite proving itself to be a bonafide red state for more than 40 years, Donald Trump may want to take a second look at Texas before 2020 arrives.

An Emerson College poll of Texas voters published Sunday predicts that Trump would lose the presidency next year when matched up with one top tier Democrat, is in a head-to-head tie with another, and could be overtaken by two others.

In the Emerson poll of 799 registered Texas voters, 50 percent said they’d vote for former Vice President Joe Biden, which 49 percent said they’d vote for Trump in 2020. That’s well within the poll’s 3.4 percent confidence interval, but is still a bit surprising in a state that hasn’t gone for a Democrat since former President Jimmy Carter 1976. Meanwhile, failed Texas Senate challenger Beto O’Rourke is tied at 50 percent with Trump in Emerson’s head-to-head matchup, and Sen. Bernie Sanders is only down 49-51 to Trump.

Even Sen. Elizabeth Warren is within grasp of the Texas vote in the Emerson poll, showing 47 percent of the vote to Trump’s 53. Pulling Trump’s vote down and Warren’s up by the 3.4 percent margin of error would give them the same tie as Trump and O’Rourke. 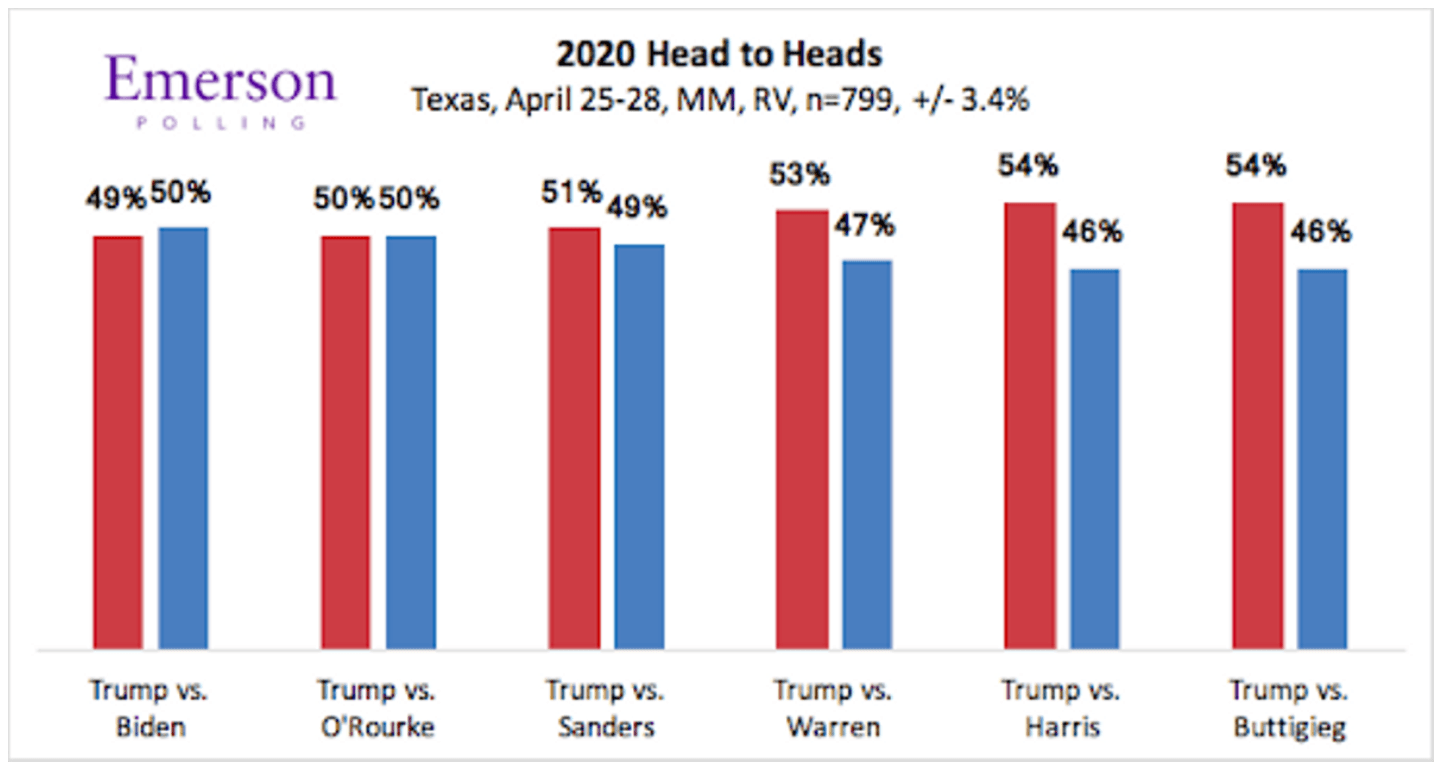 While Texas has a very deep red history, it turned a murky purple during last year’s race for Republican Sen. Ted Cruz’s seat. Cruz ended up beating O’Rourke, but only by a few more than 200,000 votes, or 2.6 percent of the vote.

Emerson surveyed 799 registered voters from April 25-28, though 559 people were surveyed on landlines and 240 were surveyed online, with a credibility interval of 3.4 percentage points.