Ivanka Trump and Jared Kushner posed in front of the Taj Mahal, the world’s most famous monument to love on Monday, during their visit to India with the president and first lady.

Jared even stepped aside to let Ivanka get some solo shots in front of the marble white tomb, which the president’s party visited at sunset.

Because Ivanka appeared to love this impromptu photo shoot, and it was just…weird to watch.

The couple – the daughter and son-in-law of Donald Trump – posed after Trump and Melania Trump stood before the famous monument.

“The grandeur and beauty of the Taj Mahal is awe inspiring!” Ivanka wrote on Twitter including a photo of the monument along with a pic of her posing alone.

The grandeur and beauty of the Taj Mahal is awe inspiring! 🇺🇸 🇮🇳 pic.twitter.com/jcYwXHxf4c

After the first couple went to tour the tomb, the White House aides traveling with them posed for their own pictures.

Jared and Ivanka, along with advisers Dan Scavino and Stephen Miller posed with U.S. ambassador to India Ken Juster on the famous “Diana” bench, where the then-Princess of Wales posed during her 1992 visit in an image that became iconic.

Ivanka also posted a ton of shots on her Instagram:

The grandeur and beauty of the Taj Mahal is awe inspiring!

And when Air Force One landed in India, Donald Trump greeted a welcoming line that included his daughter, which is bizarre, and then we got this gross moment: 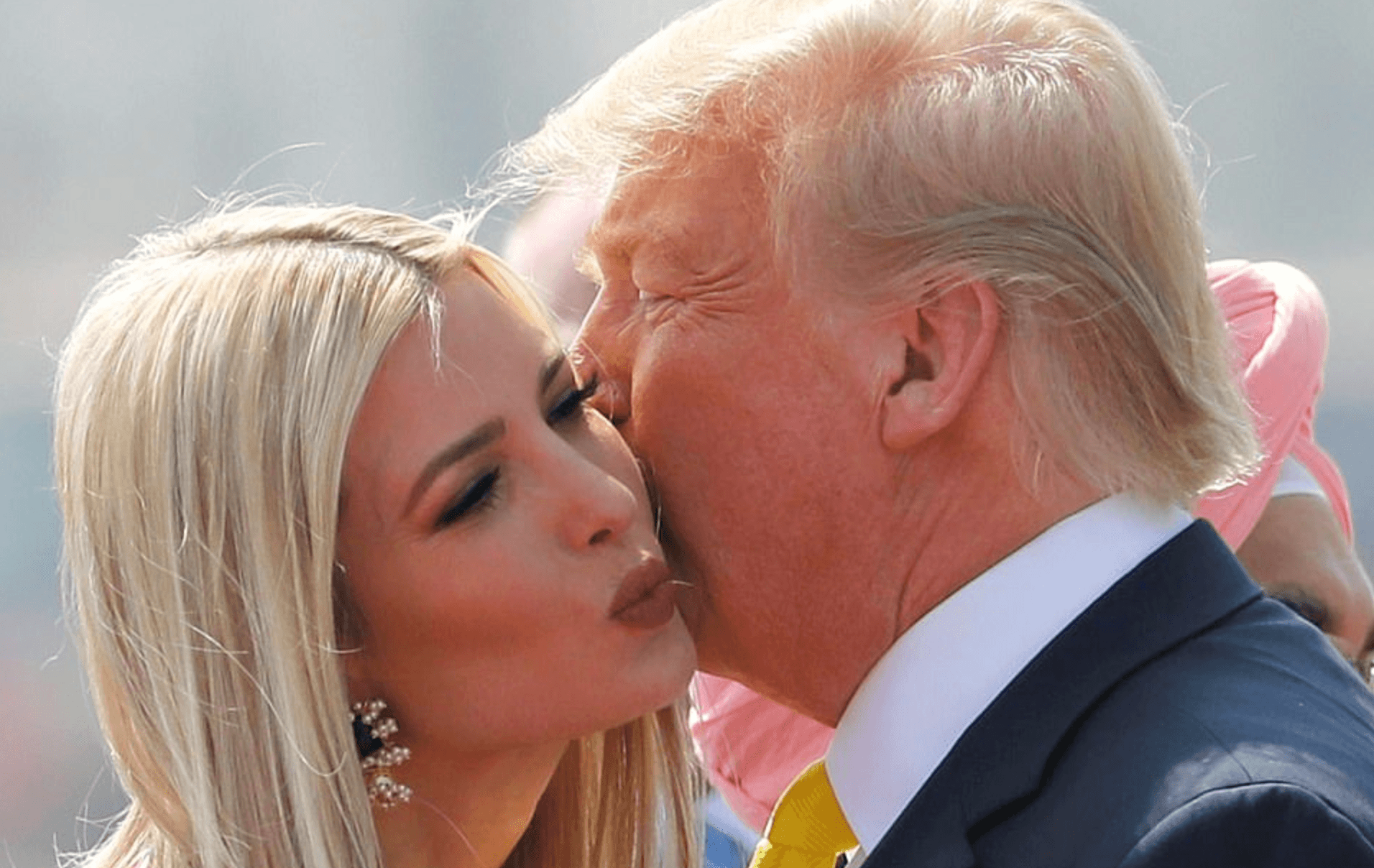 “Ivanka with taxpayer-funded, world-trotting Instagram selfies” is a phrase that is outdated this November, one hopes pic.twitter.com/OVikoarILS

What is Ivanka and her husband doing there?? Why are we paying for it?? pic.twitter.com/nDGgu2Lyti

Why am I paying for your vacation? You have $$ yet you let the taxpayers pay for everything. Shame on you. Greed, isn’t that a sin?

What are you doing there and what exactly is your job that up you couldn't get security clearance for?

Why the hell are you there? Oh, I get it. Trump's love to suck the money out of hard-working Americans who actually have to earn a job based on education, training, and experience. You get to prance all over the place acting like a little entitled priss, spoiled rotten brat. Scum

Ivanka and Jared visited the
Taj Mahal.
What is your first thought when you see this pic? pic.twitter.com/67j2CWjIY1

Ivanka just tweeted "The grandeur and beauty of the Taj Mahal is awe-inspiring!" while standing in front of it. No global treasure is safe from her narcissism pic.twitter.com/T0cIGwqjo7

Is Donald Trump Planning to Use Dr. Fauci as a Scapegoat to Cover Up His Own Mistakes?

Listen to Sailors Shout Profanities at Acting Navy Sec. After He Calls Their Captain ‘Stupid and Naive’

Trump Slams Navy Captain Who Tried To Save His Sailors: ‘It Was Terrible What He Did’