For the last year – at a minimum – doctors and other reliable witnesses have posted video demonstrating a pronounced issue with Trump’s gait, always impacting his right leg. As a member of the media that often report with “Flare” – but never irresponsibility, this is always a difficult subject to tackle.

The problem is there, for all the world to see – so it’s not “out of bounds” to point out that this is an ongoing “thing.” But no one, other than the people examining him, including someone with his complete list of medications/”drugs,” can determine the ultimate cause.

For all we know, he wears padded underwear for accidents – and we don’t make fun of that type of thing – and perhaps they occasionally get “displaced,” requiring an awkward step to get the correct coverage.

But the leg sway happens so frequently and with such consistency that the basis is likelier darker, more along the lines of a neurological problem. We know he had an emergency visit to Walter Reed. We know Pence was put on alert. We know that he bragged about “acing” a cognitive exam (he was given one at his first physical but most believe he was given another at Walter Reed), his own new “COVID expert” is actually an expert in central nervous system radiology … none of which proves anything.

But added all together and it makes a compelling case that something is wrong with Trump and he’s keeping it hidden. One last thing, we’ve noticed that he cannot look up easily for any length of time, nor hold still without involuntary spasms. (Right side, again).

This video is the strongest yet that something is both wrong or at least begs for explanation:

This is a video of Trump from Saturday, September 26th. Just yesterday. Trump was departing from the White House for his MAGA rally in Middletown Pennsylvania. You can hear him say, “Thank you very much. We’re going to Pennsylvania, and we look forward” which matches with the official White House transcript of what he said before his Marine One departure. 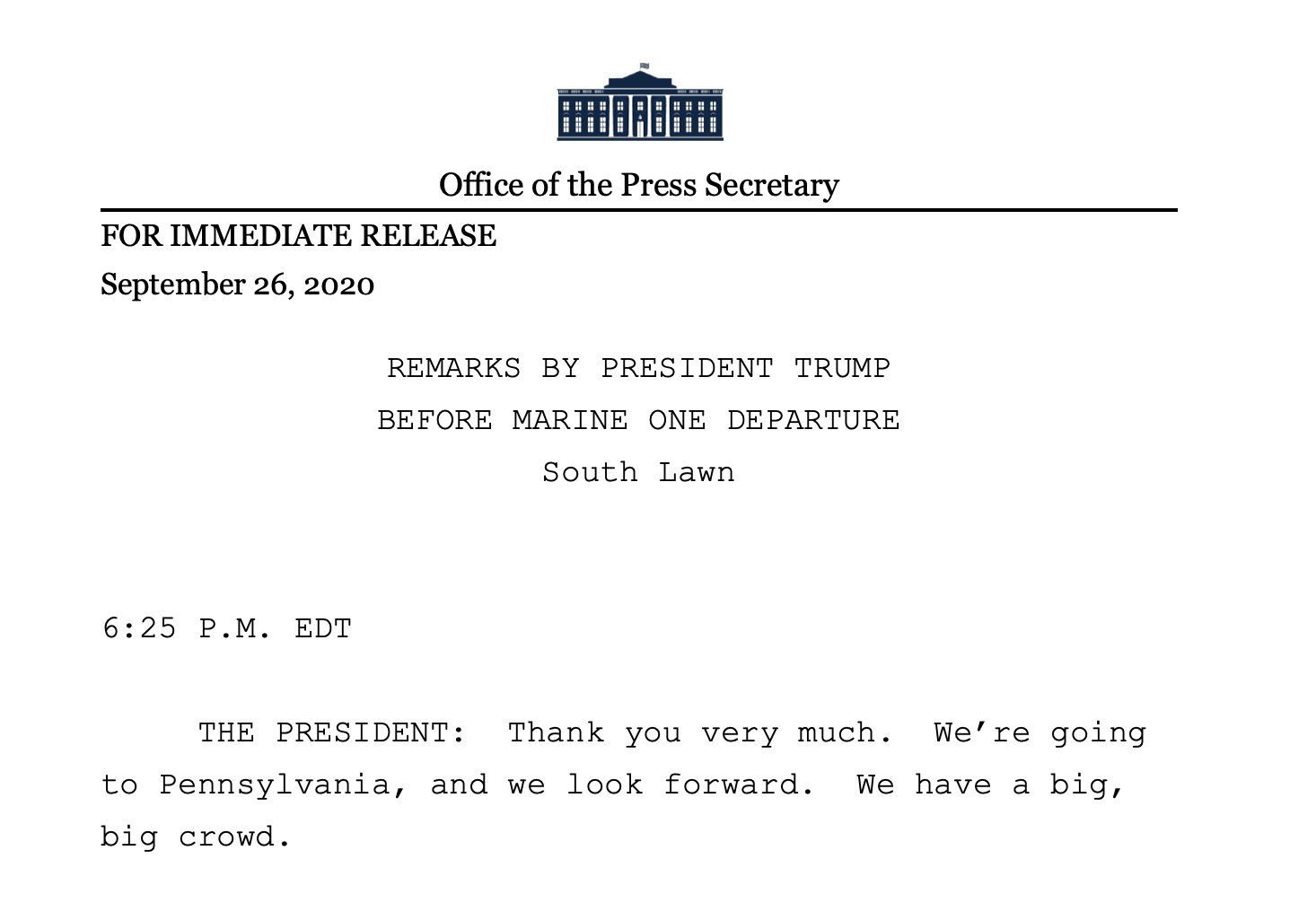 With Twitter videos, we have to be careful because there is a lot of fake stuff out there. But based on the above, we believe it to be real.

We are not physicians. But medications generally don’t cause such issues as you see in the video. Adderall is a stimulant and shouldn’t have any impact beyond that it can lead to vascular disease and hypertension over time.

One example as to possible causes:

We simply don’t know enough to post more and we get nervous posting tweets from people that handle it even less responsibly. We know that this is a pattern, it could represent something very serious, and we know that there should be disclosure on it. We’re one month and change from an election.

Holy shit. Biden should challenge Trump to run around the stage. Whoever wins becomes president. 😅 https://t.co/7OU0Si3CyW

If I was a family member who didn't hate him, I'd be pretty concerned. https://t.co/1LGWEu3hzP

He's been doing that ever since his "routine weekend physical" at Walter Reed last November. He's developed compensating strategies so it's not as noticeable when he's having a good day, I guess today isn't one of those.

Is this normally how he walks since Walter Reed? It's an obvious stroke or neurological failure of some sort which prevents his foot from dorsiflexion. If he wore a foot brace to assist him this would be far less obvious.

UPDATED: Rudy Giuliani Appears to Fondle Himself in Front of Young Actress in New Borat Movie He Believed Was Real at the Time