Don Jr. and Eric Trump Were Nicknamed ‘Stank’ and ‘Choad’ in High School and the Names Still Fit

We are sort of grappling with this here.

To be sure, high school nicknames need not make any sense at all. Indeed some of us had nicknames that were simply variations of our last name, and some a bit more colorful, but we all had them. Some of the worst come from notorious incidents that burned into people’s brains so intensely that is akin to branding a steer.

And then there are some with a root that is fairly easy to discern. Don Jr. was “Stank” according to Tom McKay. Well, we don’t need a course in linguistics to get what happened here. Obviously, we weren’t “there,” and it sounds like we all out to be thankful for that. McKay provides no explanation but there are rumors – just rumors, we cannot confirm, nor do we even want to – that Don Jr. used to spend a lot of his time sloshed. It is almost understandable given his father’s “parenting” style.

Things happen when you’re so drunk you’re passed out on a couch, or so we’re told.

As for Eric, his nickname was perfect but takes a bit of an explanation. He was “Choad,” which makes absolutely no sense to 98% of the population and can’t be tied to anything of everyday usage, just like Eric. It would seem they had him pegged early.  He got the name by … well, being a dick, according to a profile Frank Runyeon:

During a school hockey game, Eric and other Hill boys were razzing their opponents, when all of a sudden the arena went silent and Eric shouted out, “No. 15 is a choad!” It stuck. Eric’s friends would teasingly but lovingly call him “choad” for the rest of his time at Hill.

Yeah, being a dick. Speaking of which, on the off chance that “choad” meant anything (we didn’t know), we looked it up and, well, it’s not our fault:

A Choad is a derogatory term/insult, to mean having a penis that is wider than it is long. It is a birth defect and is extremely rare. Apparently, this was deleted, gunning the supportable senses and leaving it to someone to anonymously re-enter it with the dubious sense.

Ah, perfect for spoiled Eric. Why not malign something that is a birth defect that would pretty much scar the life of any boy and man whoever had it, certainly without ever choosing it or earning it, to make their lives full of suffering and self-doubt and likely self-hatred. Perhaps it is the perfect nickname for Eric for thinking that was a cool dis’. 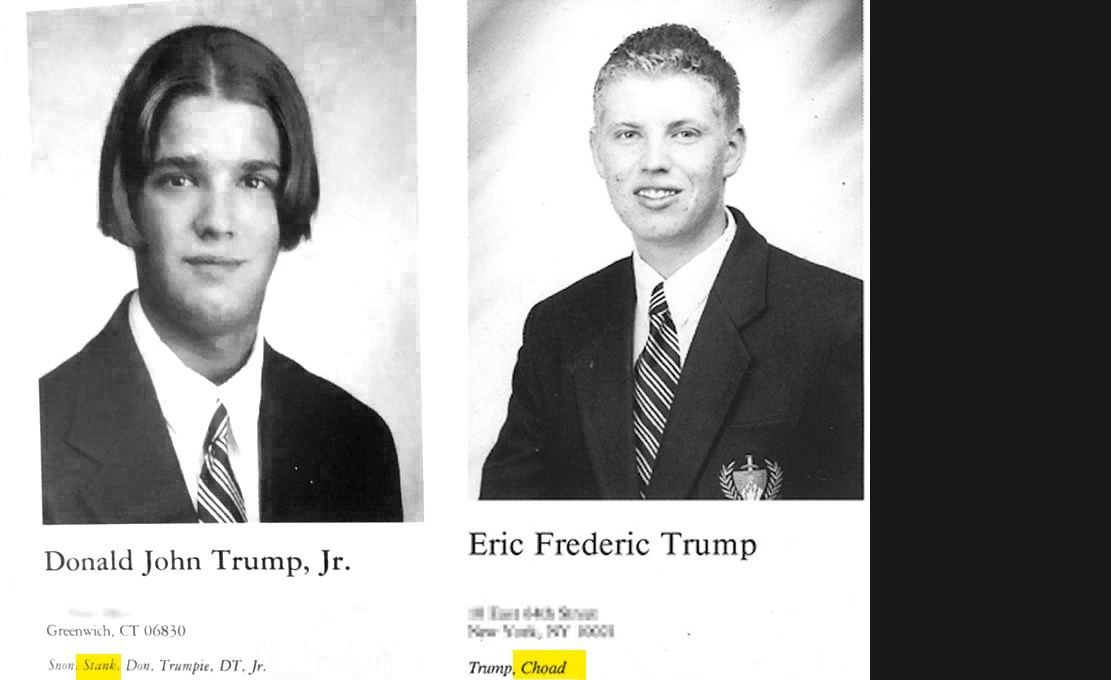 Too bad. Had we met them back then and intervened with some love and given them a couple of years of real-life around good people in, just say for example a middle-income couple and a decent state school, perhaps living with a married couple of teachers in Helena, Montana and going to school at the University of Montana in Missoula (a fantastic place, and school, btw), maybe they’d have turned out alright. Some of this isn’t their fault but a lot of recent stuff is.