If you want the truth about anything, even something as simple as “Will there be weather outside today?” Do not ask Roger Stone. Roger Stone can figure out a way to lie in a question that doesn’t have a right answer. “Is it true that some people dress differently than others?” Stone can find a way to answer by lying.

So we want to be very very very careful when we say that Stone – who speaks for Donald Trump at all times, whether he has Trump’s permission or not, today implied that Ron DeSantis spent a week in the sun over the holidays with the sultry, soulless, and senseless Emerald Robinson, erstwhile While House reporter for Newsmax. (Well, former reporter…after she spread all those fake stories about covid-19). 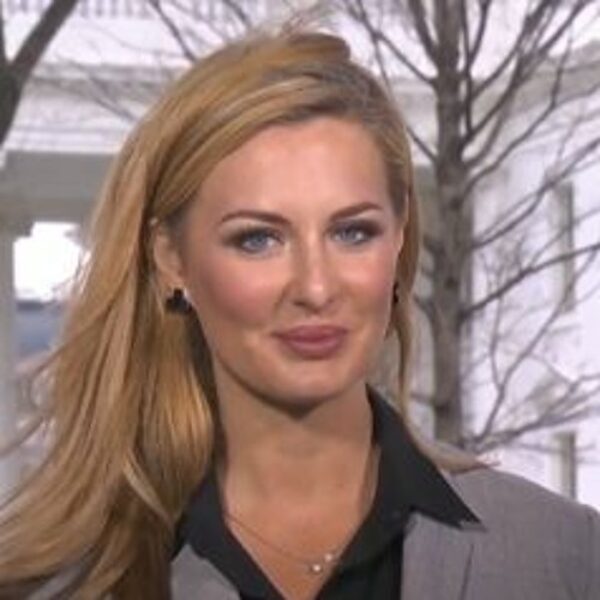 Ron DeSantis is married, to a woman, a woman who has cancer, a woman who is not named “Emerald Robinson,” but is instead named Casey DeSantis. It is true that DeSantis disappeared for a suspiciously long period of time over the holidays, Fox News said that he did – at the very least – accompany his wife to one of her cancer treatments. Make of that what you will.

Back to Roger Stone. Roger Stone would likely be in a federal max security prison (likely along with Donald Trump) had Stone not lied for Trump, only to have his sentence commuted (not pardoned because if he was pardoned he could not take the 5th Amendment if asked a tough question). Stone would never, ever, say anything about anyone without Trump’s express permission, or, Stone being so sure that Trump would approve, Stone is literally willing to bet his freedom upon it.

So it was interesting when stone wrote this:

I’m running out of 🍿🍿🍿 pic.twitter.com/ZNtxODSpHU

Roger Stone proudly calls himself the “dirty trickster” and that leaves us with a choice. We can choose to believe that Roger Stone is absolutely full of sh*t and wants people to believe that Ron DeSantis would leave his cancerous wife to roll around Emerald when he did not and would not do that. Or, Ron DeSantis did, in fact, rent a BnB in Key West and spend a skinful week with Emerald, leaving the wife with cancer back home.

Either way, mission accomplished on Trump’s behalf. If DeSantis doesn’t promise he won’t run against Trump in 2024 very soon, DeSantis can expect more “dirty tricks,” lots of things can be done with video editing nowadays…

Millions Raised for the Four Orphaned Children of Fallen Teacher, After Husband Dies From Heart Attack

Jimmy Kimmel Breaks Down in Emotional Reaction to Texas Shooting: ‘This is Now Our Fault’