First Lady Dr. Jill Biden was not fond of how Melania Trump, her predecessor, had decorated the White House, and the first thing she planned to do when she moved in was to toss everything.

“Jill hated the changes Melania had made to the second and third floors especially,” one source told OK!“She thought Melania had awful taste and made the rooms look tacky. Stripping the rooms of Melania’s choice of drapes and furniture was one of the first things Jill did as first lady. It gave her a lot of pleasure.”

The fact that Biden was featured on the cover of the August 2021 issue of Vogue added further salt to the wounds for Melania because she has never been offered that chance. That upped the cattiness level and sources say Melania blasted the magazine and Biden’s renovation of the White House with a snide comment that the esteemed fashion magazine was “biased.” She added, “They have likes and dislikes, and it’s so obvious.”

“I have more important things to do in the White House than be on the cover of Vogue,” she sniped.

Because Melania is a rather private person, she had never shown the inside of the White House to others. That changed in August 2021, when a new book, The White House: An Historic Guide featured photos from her time in the residence.

“The rug is an American-made rug we funded to go in this space. Mrs. Trump was very involved in the style and design of this rug, which includes roses, blue ribbons, and a yellow border and trellis motif that goes around the perimeter of the rug,” Stewart D. McLaurin president of the White House Historical Association said. 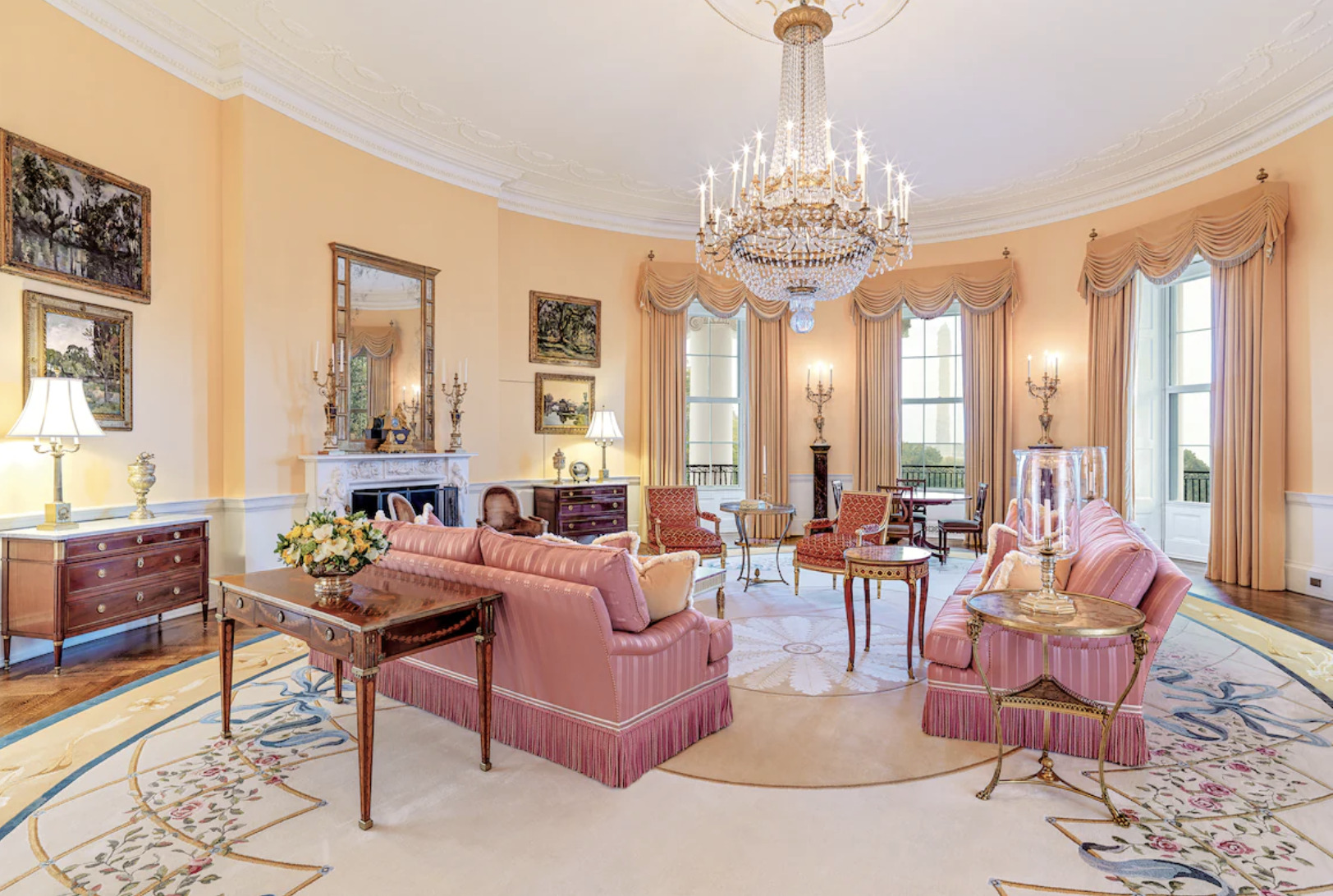 But this isn’t the first time we’ve seen friction between the two first ladies. At one point Melania, 52, criticized Jill Biden’s body language when she was with her husband, President Joe Biden.

“I don’t stand next to him [Trump] because I don’t need to hold him up like she does,” Trump reportedly told former aide Stephanie Grisham, according to her tell-all book, I’ll Take Your Questions Now: What I Saw in The White House.

I do wonder, however, when her husband last saw a bicycle. Just a question, nothing else.

Melania did a real hatchet job on the beloved White House Rose Garden and it would be lovely to see it returned to its former beauty. When Melania redesigned the garden, she removed much of its color — pulling out beautiful roses and crab apple trees. Although the original trees had been replaced over the years, they were considered a beloved feature of the garden, planted by Jackie Kennedy when the garden was refurbished in 1962.

‘I Can’t Wait Until This Guy Dies’: Ex-GOP Congressman Says Many Republicans Are Hoping for Trump’s ‘Mortal Demise’